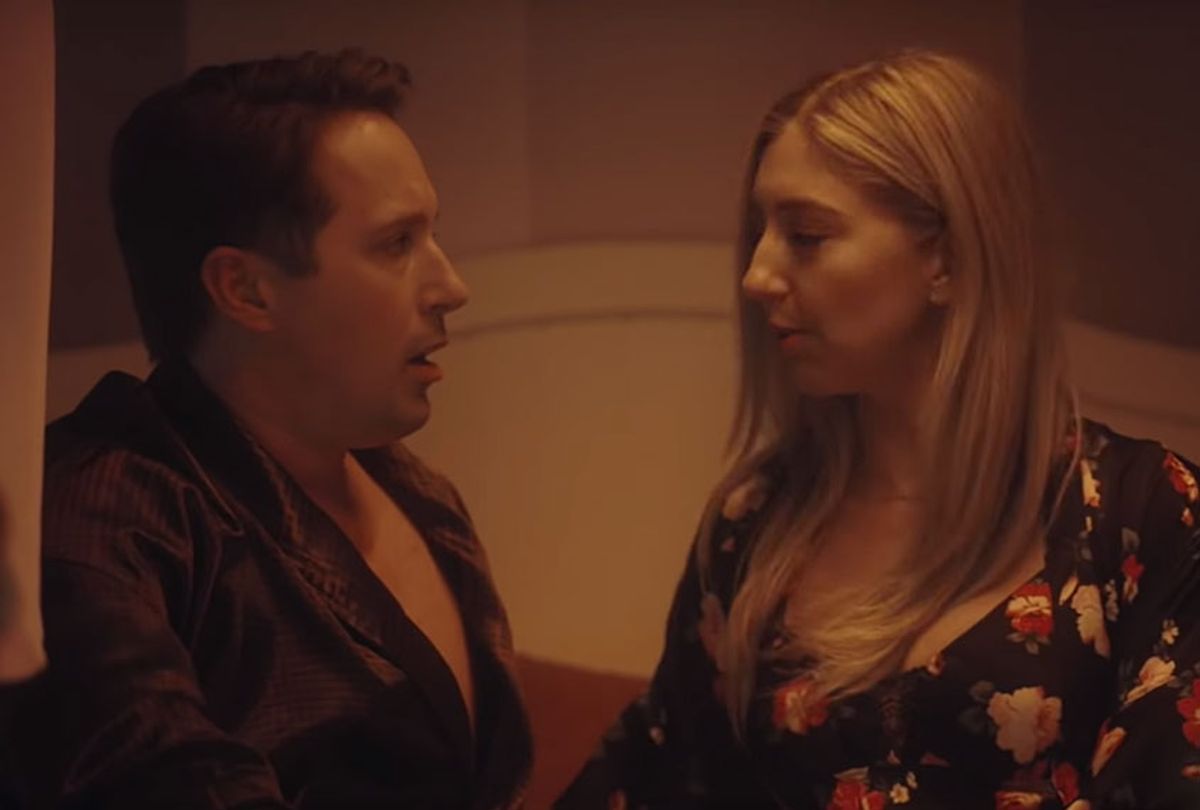 “Saturday Night Live” is being accused of plagiarism by New York City comedians Nick Ruggia and Ryan Hoffman. The two comedians are the founders of sketch comedy troupe Temple Horses and routinely post video sketches to their YouTube channel, which boasts over 3,000 subscribers. Ruggia and Hoffman allege “Saturday Night Live” sketches “The Pumpkin Patch” (for the Awkwafina-hosted October 7, 2018 episode) and “Pound Puppy” (from the Don Cheadle-hosted February 16, 2019 episode) were plagiarized from their sketches “Not Trying to Fuck This Pumpkin” (uploaded October 2014) and “Pet Blinders” (uploaded September 2011).

Both “Pet Blinders” and “Pound Puppy” center around a fictional product that prevents pets from watching their owners having sex. In a letter Ruggia and Hoffman sent to NBC last month (via Variety), they write each sketch uses “[three] separate settings for pet-interruption, introducing the pet owners’ dilemma.” Both sketches include a dog’s-eye-view perspective, a labrador retriever, a mid-size dog, and a custom-breed dog. As for “Not Trying to Fuck This Pumpkin” and “The Pumpkin Patch,” the sketches revolve around the owner of a pumpkin patch chastising a group of men and one woman who have committed indecent acts on his pumpkins.

“Imagine, one day you come home and it looks like somebody’s robbed your house,” Hoffman told Variety. “What do you want from that situation? We feel like somebody took our stuff, and this isn’t the kind of thing where you can just get it back or call your insurance company to have it replaced, so at this point we’re just speaking out about it.”

Ruggio and Hoffman told Variety that an NBC attorney replied to their letter. The comedians were told the network had conducted an internal investigation and found that the writers of the “SNL” sketches had “independently developed the ideas for those sketches and found no similarities to their sketches that would be protected by copyright law. “

IndieWire has reached out to NBC for further comment. Watch the video sketches below.