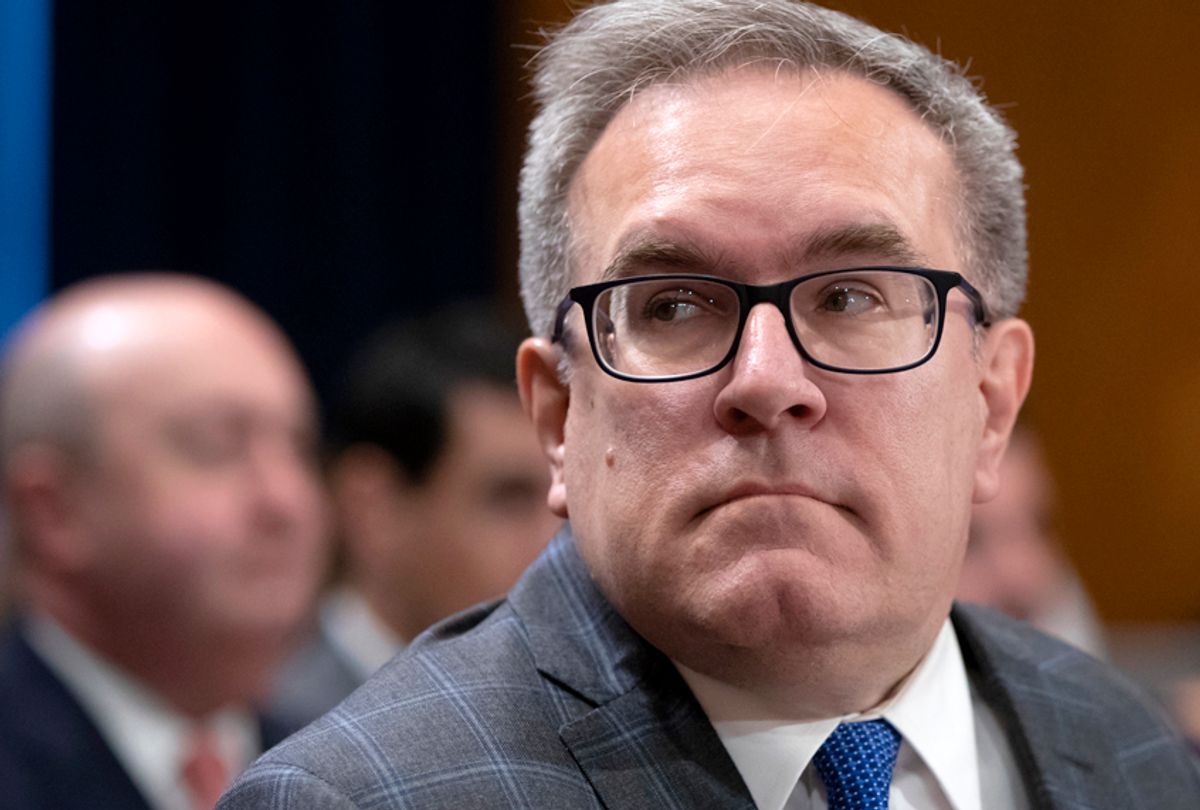 Andrew Wheeler, the former lobbyist now in charge of protecting our nation from dangerous chemicals, would get final say on whether the EPA should regulate a dangerous class of chemicals that are sometimes found in public drinking water.

The Safe Drinking Water Act, signed into law by former President Gerald Ford in 1974, is a set of regulations governing how to set safety standards for our nation’s drinking water. The law gives the EPA administrator “sole judgment” to decide if the health risks of a chemical mean it should be regulated under the act.

The chemicals, perfluoroalkyl and polyfluoroalkyl substances, or PFAS, have been made since the 1940s and are valued because they can repel oil and water. The chemicals, used in products such as microwave popcorn bags and firefighting foam, may have contaminated more than 1,500 drinking water systems that serve nearly 110 million Americans.

Under Wheeler, the EPA announced that it would propose a “regulatory determination” for two types of PFAS chemicals, a move environmentalists derided as just more procrastination about deciding whether to regulate the toxic chemicals.

“Has the Trump administration so thoroughly purged EPA of scientists, and so completely stacked its management with industry lobbyists, that it can’t even decide whether to lift a finger to regulate widely-known toxic chemicals?” asked Erik Olson, senior director for health and food at the Natural Resources Defense Council.

PFAS are linked to cancer, thyroid disease and lowered immunity. At least 121 U.S. military installations have groundwater contaminated with PFAS.

The National Drinking Water Advisory Council, appointed by the EPA administrator, will also help evaluate whether PFAS should be regulated.  In May, the EPA posted a notice seeking nominations for three-year seats on the council.

The council’s new members include Alexandra Campbell-Ferrari, who co-founded a nonprofit that works on water security, and James Proctor II, the vice president and general counsel of McWane. The company was prosecuted for environmental crimes and pleaded guilty to nine felony charges of knowingly violating the Clean Water Act.

Former EPA Administrator Scott Pruitt and the White House tried to block the release of a health study about PFAS chemicals last year. The report recommended that “minimum risk level” for exposure to two PFAS chemicals should be seven to 10 times lower than the level previously recommended by the EPA.