What Netflix wants you to want: Breezy "Turn Up Charlie" is in, "One Day at a Time" is out 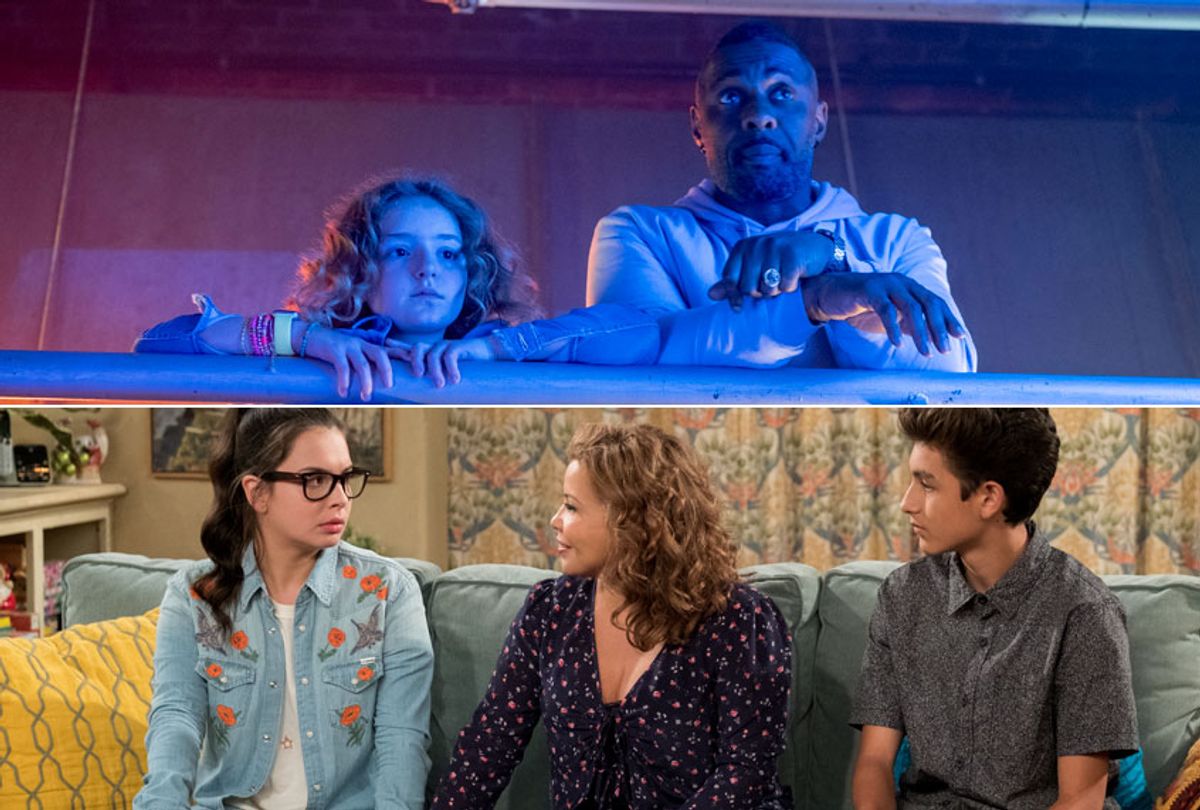 "Turn Up Charlie;" "One Day At A Time" (Netflix/Nick Wall/Ali Goldstein)
--

Let’s begin with a confession: I viewed most of Idris Elba’s Netflix series “Turn Up Charlie” while processing the news that the streaming service declined to renew “One Day at a Time” for a fourth season.

Gloria Calderon Kellett’s and Mike Royce’s excellent series, buoyed by the muscular performances of Justina Machado and Rita Moreno, captured the hearts of a devoted audience.  Soulful writing with brains made it something special.

Devotion only gets you so far at Netflix — three seasons, apparently.

Alas, according to the streaming service’s official statement, delivered via tweetstorm on Thursday, “the choice did not come easily — we spent several weeks trying to find a way to make another season work but in the end simply not enough people watched to justify another season.”

The service then thanks executive producer Norman Lear, the man behind the original late ’70s version of “One Day at a Time,” for reviving the title, and Calderon Kellett and Royce for reimagining it, along with the cast . . . you know, the usual.

The service knew the blowback (at least on social media) would be ferocious enough that it needed to explain the decision as opposed to having a trade story break the news in 140 characters and a link.

“And to anyone who felt seen or represented — possibly for the first time — by ODAAT, please don’t take this as an indication your story is not important,” the final tweet reads.  “The outpouring of love for this show is a firm reminder to us that we must continue finding ways to tell these stories.”

The television business is just that — a business. Superior programs die too-early deaths all the time. Others live on because the suits at the top recognize what they have in such shows and stand behind them. “30 Rock,” “Parks and Recreation,” these series and others were never huge ratings hits.

Nor were they shows that dove into the issues working class families, and more specifically such families of color, must wrestle through every day. Each time a powerful person bemoaned the lack of series featuring Americans who are just getting by, critics had to point to “One Day at a Time.” We did a lot of pointing, and for good reason.

“One Day at a Time” isn’t merely a show about a single mom raising two kids on a small salary. To name a few things, it deals with cultural biases surrounding sexual orientation and gender identity, along with issues pertaining to mental health and veterans dealing with post-traumatic stress disorder. It provides a glimpse into the unpredictability of the grieving process.

All of this only refers to the developments and challenges with which the Alvarez family contends. Their neighbor and honorary family member Schneider (Todd Grinnell), a recovering substance abuser who leans on them for support and in turn lends his support as an ally. The writers cover all of this ground with a style that prioritizes laughter above all – and earning our tears as well, and honestly.

It seems none of this is enough to keep “One Day at a Time” alive, although we have no data or metrics to explain why exactly, because Netflix generally doesn’t release its ratings data save for titles it declares are hits, like “Birdbox” or “You.” And it asks us to take their word that those numbers are accurate, even though they haven’t been verified by a third-party service like Nielsen.

What we Netflix subscribers have instead is the invitation to puzzle over why shows like “Turn Up Charlie,” co-created by People’s Sexiest Man Alive and Gary Reich, get tossed into the stream while the company simply can’t find a way to make an additional season of an excellent and good-hearted sitcom.

The deal is this: Charlie is a DJ who peaked in the ‘90s but these days can barely get people to come alive on wedding reception dance floors. Charlie is broke, lives with his aunt and is committed to keeping his parents in the dark about his career slump.

At one of his gigs, he runs into his childhood pal David (JJ Feild), a famous actor married to an internationally successful DJ and producer named Sara (Piper Perabo). At David’s invite, Charlie drops by their place with the hope that his friend will give him a hand with his relaunch. Instead, Charlie runs into the couple’s daughter Gabby (Frankie Hervey) who is preternaturally intelligent, profoundly lonely and a champion at driving away nannies.

Of course Charlie becomes her nanny.

Elba, in case you didn’t know, is a DJ in real life; he spins under the name DJ Big Driis. So it makes sense that he and Reich built the series like a turntablist creates a setlist, checking off all the tropes of stories told for screen about adults who forge an unlikely friendships with children.

There’s love-hate-love; there’s the kid saying the darndest things. She inspires him to reconnect to his artistry. Charlie and his proverb-spewing auntie encourage Gabby to make a new friend at her school, and she does, and of course he’s a bad boy who is also wealthy and gay.

In summary, this is not so much a family-friendly series as a hipster fantasy of family, where mom and dad are jetsetters whose friend, played by the man who really should be James Bond, cares about their kid in a completely appropriate way.

He’s also cool enough to comfort her through her panic attacks and take her shopping at Cyberdog. Then again, the kid is cool enough to tell Uncle Charlie where he can find mommy’s Molly stash.

In surfacing my ire about “One Day at a Time” it might appear that I am taking out my feelings on a completely unrelated title. This is not the case. Truth is, I watched all eight episodes of “Turn Up Charlie” — far more than necessary or recommended. And I did this for two reasons, only the second of which (I’m guessing) matters to Netflix.

Reason one: I kept wanting “Turn Up Charlie” to improve as the season wore on. No, not just that — to go somewhere other than Ibiza and the Latitude Festival, which is basically Britain’s Coachella.

When it was clear that was not going to happen — and here’s reason two — I basically just melted into the Elba-ness of it all, because at the end of the day I am just a girl who enjoys watching a very nice-looking boy on television while I do other tasks.

Netflix knows this, which is why we’ll get more shows like “Turn Up Charlie” while “One Day at a Time” is cut loose. And sure, Rita Moreno is a legend, and Norman Lear is a god in TV’s pantheon of divine talent. However, the Netflix algorithm seems to favor stars who can do for it what they’ve done for box office. Thus we have numerous seasons of the fair-to-middling “Santa Clarita Diet” starring Drew Barrymore. Elba not your type? Fret not, because Netflix has also made a deal with Gwyneth Paltrow to bring her style brand, Goop, to TV.

This is on top of the renewals for shows that never should have received second seasons, like “Friends From College” and “Insatiable.” Imagine if Netflix chose to redirect the production money spent on second seasons of these series into “One Day at a Time.”

Good lord, imagine the production budget of just these episodes of “Turn Up Charlie." Admittedly I am not an accountant, but after viewing this beautiful but ultimately vacuous trifle I can’t see how it’s a better return on investment long term than its very good multi-camera. Then again, Sony owns “One Day at a Time,” not Netflix. Plus series become more expensive with each new season.

Netflix spends ungodly sums of cash, it’s true — an expected $15 billion for original content in 2019 alone. But it would rather funnel that money to content it can monetize on the back end. That’s just business, from what we can see.

The consumer, meanwhile, is presented with the opportunity to gander at the handsome, stylish Idris Elba in a gorgeous, insubstantial vanity project. Shows like “Turn Up Charlie” boast a name and not much in the way of cultural value. When the currency is eyeballs and sustained attention, though, it seems this is where Netflix is willing to make a spend. The audience may be poorer for it, but perhaps the company is banking on the view being glamorous enough that we don’t care enough to abandon it.