Border walls aren't about security — they're about preventing empathy 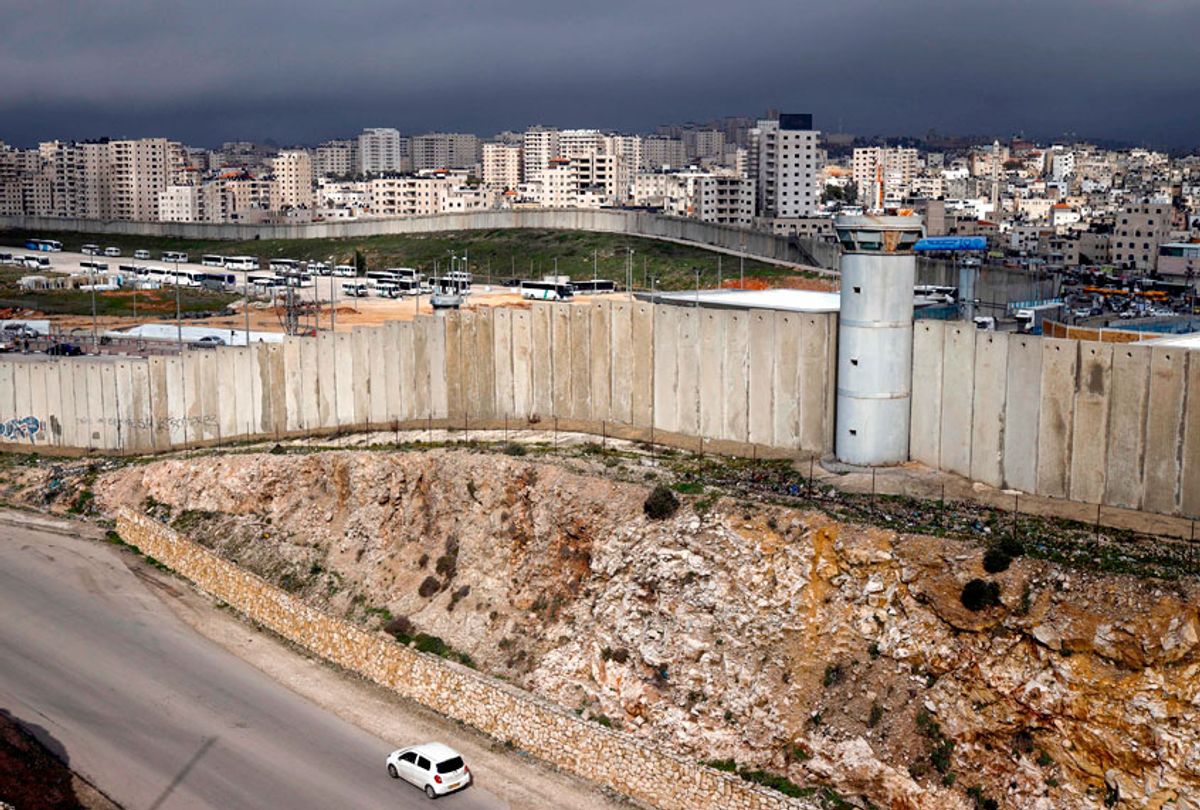 Excerpted with permission from "An Improbable Friendship: The Remarkable Lives of Israeli Ruth Dayan Palestinian Raymonda Tawil and Their Forty-Year Peace Mission" by Anthony David. Copyright 2019 by Arcade Publishing, an imprint of Skyhorse Publishing, Inc.

"An Improbable Friendship" is the dual biography of Israeli Ruth Dayan, now over 100 years old, who was Moshe Dayan's wife for 37 years, and Palestinian journalist Raymonda Tawil, Yasser Arafat's mother-in-law, now 78. It reveals for the first time the two women’s surprising and secret 40-year friendship and delivers the story of their extraordinary and turbulent lives growing up in a war-torn country. An award-winning biographer and historian, Anthony David brings us the story of unexpected friendship while he discovers the true pasts of two outstanding women. Their story gives voice to Israelis and Palestinians caught in the Middle East conflict and holds a persistent faith in a future of peace.

Since I first met Ruth and Raymonda in 2009, we’ve spoken dozens of times about the injustice of putting masonry between peoples whose worlds are so interwoven that separation, far from being a natural product of mutual antipathy, has to be forcibly imposed from above. The largest impediments to peace they both believe, more than terrorism, are laws and barriers preventing Jews and Palestinians from meeting. Right-wing Israelis and the holy warriors of Hamas share the same fear: empathy.

Raymonda’s pet theory on the Wall goes like this: Separation, be it the old law forbidding Israelis to cavort with Arafat and his ilk or the more draconian laws of more recent provenance making it illegal for Israelis to venture into Palestinian areas, have less to do with security than with preventing human contact, because contact leads to understanding. Moshe Dayan and his generation, though they fought war after war with them, nevertheless knew, respected, and understood Arabs. Today’s tech­nocrats ignore the human factor altogether.

“If we want to be secure in this country,” Ruth said to me in May 2013, “we’ll have to tear them all down, all the damn walls. Moshe real­ized this, believe me he did, but when I tell this to Uzi, he thinks I’m loony. You may not like Moshe—that’s your problem. But there isn’t one Palestinian—not one!—who wouldn’t prefer his Open Bridges over what they have now.” Ruth made this declaration sitting as usual in her easy chair. From my position on the couch the colorful painting from Haiti hanging behind her looked like a nimbus. She struck me in fact as excep­tionally saintly that morning.

During my last trip to visit Raymonda in Malta, in summer 2013, we got Ruth on Skype and Raymonda read to us a passage from her and Ruth’s old friend, the Israeli historian Meron Benvenisti: “Man is a tree in the field—that is not us. Our love of the land is a love that we imposed on the land and foisted on the land. With the Arabs, it is the opposite. Their love for the land truly sprang from the soil. Love of the fig, of the tree, of the house.”

“Yes,” Ruth smacked her lips. “Meron is right.” That was all she said. All she had to.

“That’s why we need this book you’re writing,” Raymonda chimed in.

In the years since beginning the project I had visited Ruth a hundred times in Tel Aviv, and had flown off to see Raymonda twice in Dubai, twice in Malta, and once in Baltimore. But we rarely discussed what they wanted out of the book. This book. They certainly couldn’t expect a happy ending with Raymonda living in exile and Ruth shouting at the television each time the nightly news comes on.

“So Ruth, what do you want readers to take away from the book?”

“Ask Raymonda. She’s the one who put us up to it.” Ruth was point­ing at the computer screen as she spoke. I thought back to the first time I met Ruth and how she told me about a “very special lady” with a “mis­sion.” What also came to mind were the many spats between them I had been witness to, and for the simple reason that Ruth is a proud founding member of an admirably successful state, a secular miracle most people in the world continue to see through the prism of the film "Exodus," a story of overcoming all odds and rebuilding an ancient nation from the embers of the Holocaust. Raymonda, living in exile, belongs to a people still occupied and whose pre-1948 lands and cities remain well beyond reach or recovery.

“First of all,” Raymonda cleared her throat and began, “let me tell you that I understand people like Uzi.” Thus spoke again a woman raised by nuns. “They are so fearful . . . Much of what they do is also driven by guilt. They know they have wronged us but can’t see any way to stop. It’s like a sleepwalker attacking a man on the street, and when he wakes up he real­izes he’s strangling a perfect stranger. He just can’t stop because if he does the stranger will turn on him. So he keeps squeezing.”

“Is that the reason right-wingers feared you?”

“Oh, those people. Sharon till the bitter end—in a coma he probably still has nightmares about people like me and Ruth; and it’s getting worse because the two sides no longer meet. At least in the 1970s and ’80s we could join forces with the Israeli left. And that was what terrified the right.” Raymonda was too much like the best Jewish intellectuals in the diaspora, humanists fighting for rights and equality and basic dignity. “We drove Sharon and his friends crazy. Why do you think they sidled up to the Islamists? Islamic holy war, because it sounded so far-fetched at the time, was music to their ears. Anything but the secular, educated Palestinians, and in particular people like me calling for non-violent resistance. They’d rather have suicide bombers.”

If Israel really wanted peace, the country would name streets after Raymonda and Ruth. The two would have their own TV talk show. Women, proponents and products of a dialogue, would be celebrated instead of ignored and exiled.

“Raymonda, you didn’t answer my question. What do you want out of this book? In a sentence or two.”

Raymonda thought for a moment. Outside the window, down on the beach, there was a procession for some Catholic saint. Fireworks lit up the sky.

“Let me tell you why I admire Ruth so much. It’s because, like me, she’s a product of the history of our country. She’s full of contradictions—who isn’t in that place?” Raymonda was pointing out toward the sea. “She still loves Moshe, and she sees in him the farmer and not the general. But she’s honest. She doesn’t go around apologizing for what and who she is, or pulling out bones from archeological digs to make a point. Most important for me is her compassion. She loves. Humanity could use more people like her. A few million more.”

The funny thing is that Ruth, word for word, offers the same vaulting praise for Raymonda. That’s what makes them friends.

“We’ve already talked a hundred times about the mission Father Michel gave me as a little girl.”

I didn’t see the connection. “How can you fulfill your mission here on Malta?”

“With this book, of course.” From the expression on her face, she couldn’t believe I had never figured this out on my own.

Raymonda’s tenacious “mission” remains the same, to break the forced silence between the two peoples. Letting people know just how much she loves and admires Ruth is her way of leaping over Uzi’s wall in her mind, and going home.