Julianne Moore fired from "Can You Ever Forgive Me?" for wanting a fat suit, says Richard E. Grant 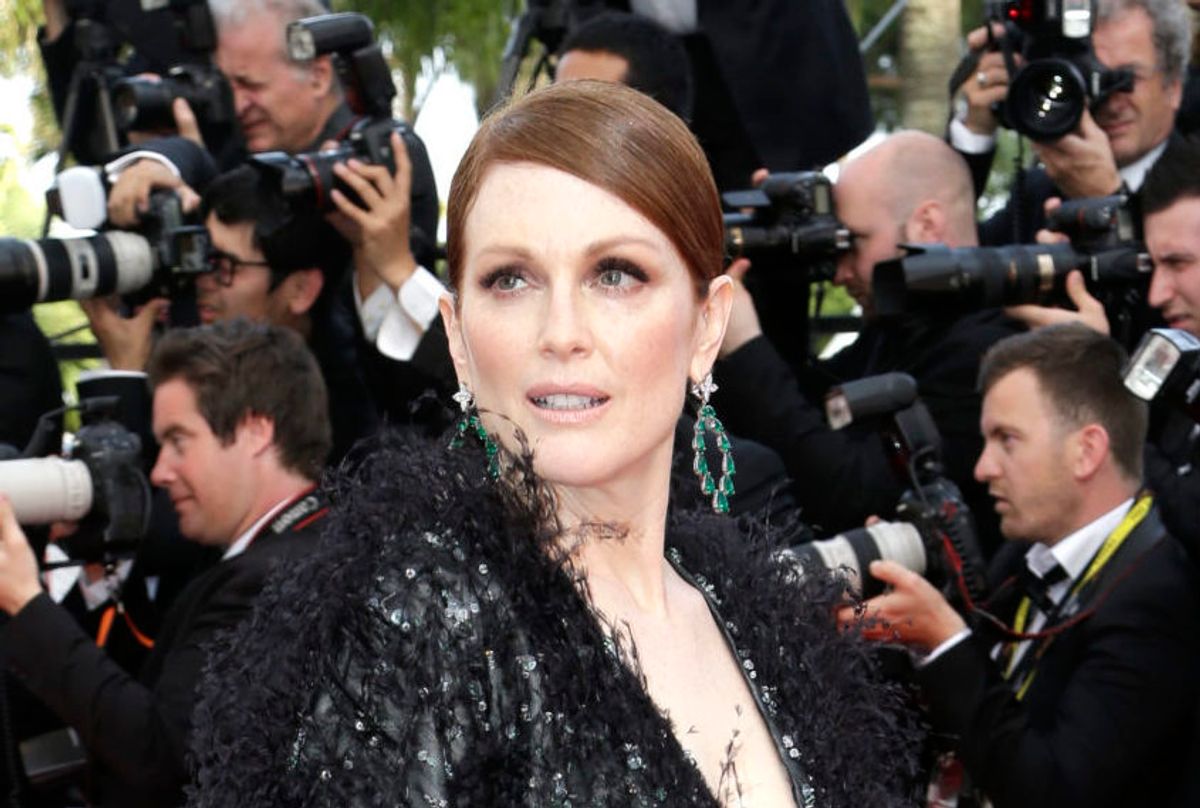 Julianne Moore revealed earlier this month she was fired from “Can You Ever Forgive Me?” by original director Nicole Holofcener. Moore was the actress first attached to play the film’s protagonist, author Lee Israel. Holofcener eventually left her directing role as well and was replaced by Marielle Heller, who cast Melissa McCarthy in the lead role.

“I didn’t leave that movie, I was fired,” Moore told Andy Cohen on “Watch What Happens Live.” “Nicole fired me. So yeah, that’s the truth. I think she didn’t like what I was doing. I think that her idea of where the character was, was different than where my idea of where the character was, and so she fired me.” She also told IndieWire that the decision was not her own and she has yet to see Heller’s film.

Read more IndieWire: ‘Can You Ever Forgive Me?’: How Melissa McCarthy Replacing Julianne Moore Turned a Troubled Production into a Triumph

Moore said she never saw McCarthy and Heller’s version of “Can You Ever Forgive Me?” because it was “too painful,” which led many to wonder what exactly Moore and Holofcener disagreed on that led to the actress getting fired. According to the film’s co-star Richard E. Grant (via Daily Mail), Moore wanted to wear a fat suit and a prosthetic nose in order to physically match Israel. The choice was allegedly not favored by Holofcener and thus the decision to fire Moore was made.

Read more IndieWire: Julianne Moore on Doing Remakes Her Way, the Intimacy of ‘Gloria Bell,’ and the Director Who Fired Her

As IndieWire reported last fall, Moore’s departure occurred just six days before production was slated to begin. Moore’s exit brought the film to a halt and forced Holofcener and Fox Searchlight to put production on hold and start all over again. “I felt I had already made it,” Holofcener told IndieWire last year. “Every outfit, every location, every actor cast. It was a labor of love. It was traumatic. Terrible.”

Both McCarthy and Grant received Oscar nominations for Best Actress and Best Supporting Actor for their work in “Can You Ever Forgive Me?” Holofcener was nominated for Best Adapted Screenplay along with her co-writer Jeff Whitty. IndieWire has reached out to Moore’s representatives for further comment.