The InSight lander sends back revelations of microseisms, the first of their kind detected on another planet 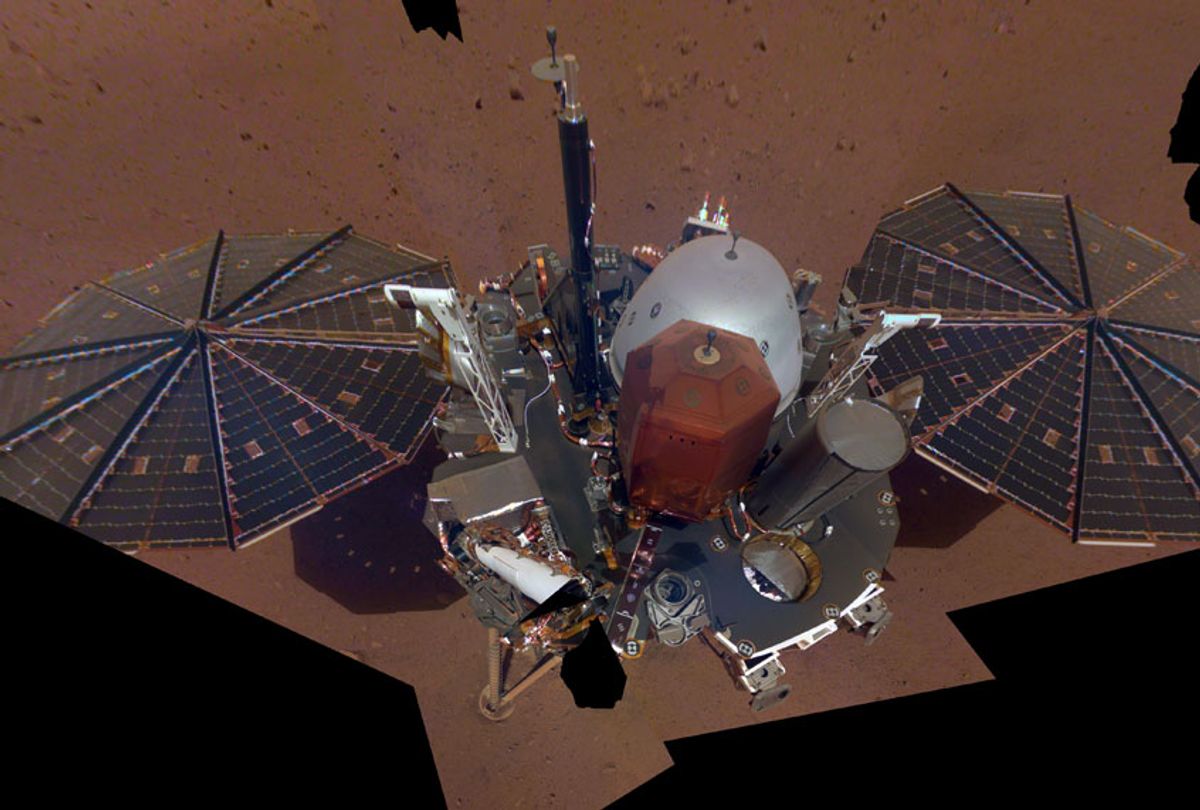 Since NASA’s InSight lander touched down on Mars at the end of last year, the plucky little surface probe has spent months getting carefully situated so that its special seismometer could carefully listen for “marsquakes” — a neologism for earthquakes that occur on Mars, rather than Earth, as you probably guessed. Observations of marsquakes will help determine just what's going on inside Mars, and to what extent it is still a geologically active world. We know Mars was very geologically active in the past; notably, it has the tallest mountain of any planet in the solar system.

While InSight hasn't heard earth-shaking marsquakes yet, a Science Magazine interview with Philippe Lognonné, a planetary seismologist at Paris Diderot University who manages the team that runs the seismometer, revealed that the lander's instrument has detected a different kind of rumbling known as microseisms. They are the first of their kind to be detected on another planet.

“We do believe that these signals are waves coming from Mars,” Lognonné said.

According to Science Magazine, the new noise is caused by low-frequency pressure waves from atmospheric winds. Conversely, on Earth, microseisms are caused by the ocean, storms and tides. Researchers working on InSight hope to hear a real Marsquake within one month.

In addition to the seismometer, NASA’s InSight will be relying on the Heat Flow and Physical Properties Package (HP3) instrument, which will burrow nearly 16 feet into the ground, and help scientists get a better understanding of how much heat is flowing out of the body of the planet. Unfortunately, in early March the HP3 reached a roadblock during testing which has delayed that part of the mission.

"The team has decided to pause the hammering for now to allow the situation to be analyzed more closely and jointly come up with strategies for overcoming the obstacle," HP3 Principal Investigator Tilman Spohn of DLR wrote in a blog post.

InSight's other instruments have been providing human scientists with troves of data. Indeed, since mid-February, InSight has issuing weather reports from Mars, too.

"It gives you the sense of visiting an alien place," Don Banfield of Cornell University, who leads InSight's weather science, said in a statement. "Mars has familiar atmospheric phenomena that are still quite different than those on Earth."

"APSS will help us filter out environmental noise in the seismic data and know when we're seeing a marsquake and when we aren't," Banfield said. "By operating continuously, we'll also see a more detailed view of the weather than most surface missions, which usually collect data only intermittently throughout a sol."

Ultimately, InSight’s science will help contribute to an overall picture of the history of the solar system, and how Mars, Earth and the other planets formed and evolved.

"InSight will study the interior of Mars and will teach us valuable science as we prepare to send astronauts to the Moon and later to Mars,” said NASA Administrator Jim Bridenstine in a statement. “The best of NASA is yet to come, and it is coming soon."