A normal American girl — except I wasn't allowed to date

My parents came to the U.S. to escape fascism in Iraq, and ended up installing a lite version of their own at home 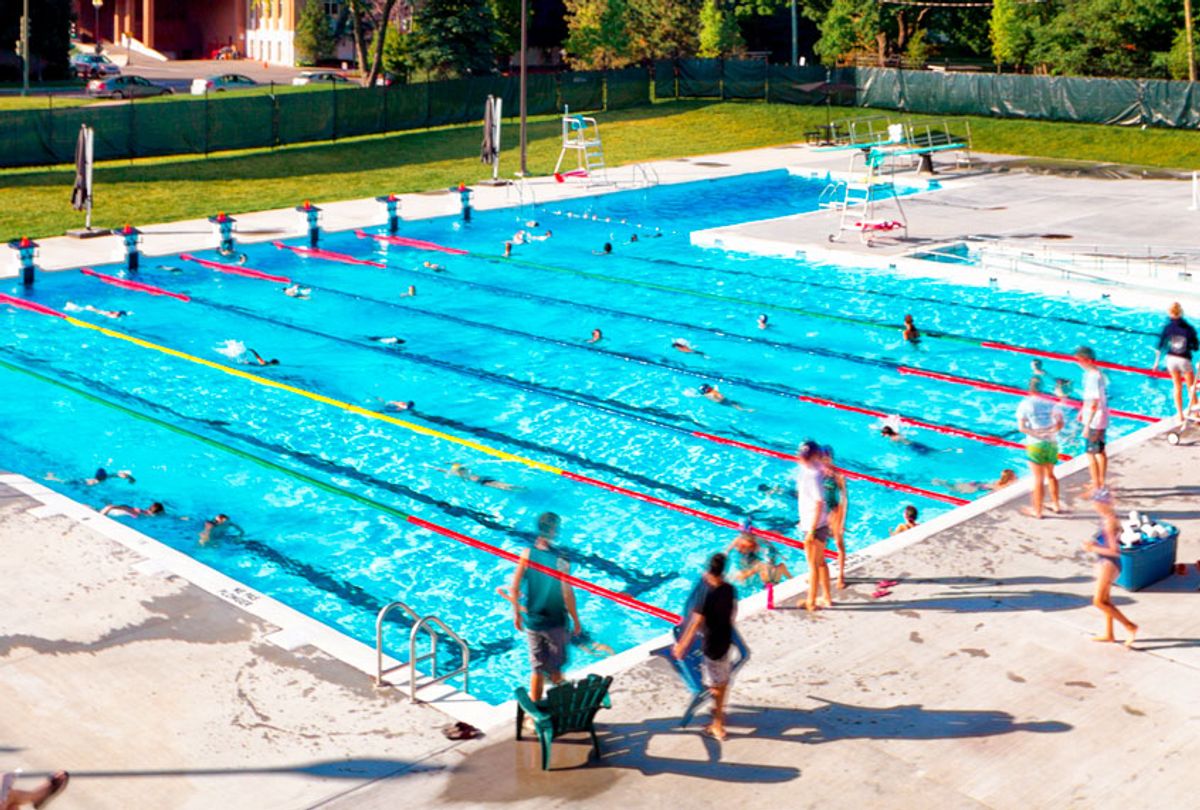 Excerpted with permission from "The Wrong End of the Table: A Mostly Comic Memoir of a Muslim Arab American Woman Just Trying to Fit In" by Ayser Salman. Copyright 2019 by Skyhorse Publishing, Inc.

The following passage is from "The Wrong End of the Table," an immigrant's love-hate story of what it means to be American. On her journey to Americanhood, Ayser Salman does a few things good Muslim Arab girls are not supposed to do, navigates around her parents' strict household rules (usually beginning with "Thou shalt not . . . "), engages in some ill-advised romantic dalliances, and reckons with the 9/11 attacks. Ayser Salman is a writer, producer, and editor for companies like Universal Pictures, Miramax Films, Disney, The Weinstein Company, and FX.

The concept of dating just didn't exist in my family. No negotiation, period. End of Story. I could never have told my parents that I was dating a boy. As a first-born, first-generation Iraqi Muslim teenage girl, telling that truth just might have been too much authenticity for them.

You would of course remember that we came to the States to escape the fascist regime of Iraq. Well, my folks in turn instituted their own kind of fascism in our household when it came to how I could live my life. I cut them slack because they, too, were trying to balance two cul­tures. Look how picking up and leaving everything that was familiar to move to a new country affected me—and I only had three years to worry about. They had over twenty-five. You can imagine the compro­mises they had to make and their struggles to maintain their traditions and culture while living in a new time and place.

In all, my parents did their best to assimilate and give me the life of a normal American girl:

As I got older, my freedoms expanded:

I just couldn't hang out with boys alone. Anything that even resem­bled a one-on-one encounter with a member of the opposite sex wasn't allowed.

When I was sixteen, I was a lifeguard at the neighborhood pool. To this day, it was the best job I've ever had. I got to be out in the sun to get a tan, swim, and be paid for it. My father wasn't too keen on the idea that I'd literally be up on a pedestal in a bathing suit so boys could ogle me, but the fact that I was potentially saving lives softened the blow.

Dad soon discovered he liked going to the pool. And because he was a pharmacologist who loved his work, the kinds of books he read pool­side for leisure were books on the trade. Heavy, lumbering textbooks. Had the iPad been around, it would've been less embarrassing because it would have at least seemed like he was reading People magazine. Dad would bring his tome of "Principles of Pharmacokinetics," along with his purple beach towel, and stake his claim—close enough in case some boy gave me too much attention, yet far enough so he would have to shout in Arabic to me across the pool if he wanted to tell me anything. Kinda hard to be a cool and authoritative lifeguard when your Iraqi dad is sit­ting ten feet away, telling you that your crimping iron has been recalled for being a fire hazard. Luckily, Dad's surveillance only lasted a couple of weeks—the sun had started bleaching out the pages of his book. Anyway, that summer I met my biggest crush.

James managed the concession stand at the pool. He looked like a young Timothy Hutton (that's Ryan Gosling to you millennials) and had the cutest mullet (which is the eighties version of today's man-bun). At first, he didn't seem to notice I existed. He was quiet and smart, always reading so many books on historical figures and espionage that I was convinced he was prepping to work in the CIA (I wonder if he ever made it). I spent most of my paycheck at the stand, ordering nachos and pizzas and popcorn, trying to make conversation and look cute—what­ever it took to get him to find me interesting. But he didn't seem to care.

Until the last week of summer.

All the kids had started school, and the pool was relatively empty. We amused ourselves by hurling each other into the pool, the eighties summer version of sexting. Here's how it worked: you'd show up at the pool on your day off, in street clothes and cute hair. When the patrons left around closing time, you'd hang around casually but pointedly close to the pool's edge and wait. If you were lucky, the object of your affection would throw you in—and that's how you knew they liked you.

That's exactly what happened on the day I came to the pool on my day off to pick up my paycheck. There I was, looking super cute in my new acid-wash jeans and my freshly spiral-permed hair, just hanging out by the pool chatting with Teresa, a fellow lifeguard who was on duty. James walked over and—without saying anything—picked me up and threw me into the pool.

That's when I knew. He loved me!

I feigned horror at having my hair ruined while simultaneously pulling him into the pool. Then I dunked and splashed him and other things you do when you're in the pool with the person who loves you. Soon we were hanging out in the water, chatting about nothing and everything. He went to a private high school across town but was stay­ing with his mom over the summer. His parents were divorced, he had a dog named Ollie North, blah blah blah. This stuff was interesting to me, but probably boring to you, so I'll skip it.

Eventually I came back to reality and caught a reflection of my hair, which was now a frizzy mess of poodle curls, causing me to leap out of the pool. The one thing they teach you in the Arab Girls' Manual is to never combine large noses with tiny poodle curls—which I was currently guilty of. The Manual also instructs that if you find yourself in such a predicament and a nearby rock is not available to crawl under, find the nearest kerchief or hat and cover your head immediately. I grabbed a baseball cap and said I had to get home—but I wasn't ready to end my Dream Encounter yet.

Since I didn't have a car, I called Dad and told him I was going to get a ride from a friend—which he was happy about because he was lis­tening to a soccer game on AM radio and didn't want to be interrupted. Then I asked James if he wouldn't mind dropping me off. He obliged, giving me fourteen more precious minutes alone with him until we reached my house. I said good-bye and, as cutely as I could, got out of his car and walked on air up the path to my house, the Arab Manual– sanctioned soggy baseball cap still on my head.

An hour or so later, while I was taking a shower, I heard the doorbell ring. Dad answered it. I heard him exchange a few words with whoever it was, and then he shut the door. I didn't think anything of it until Dad gave me the details. It is less painful to remember if I present it like a movie scene. It went a little something like this:

DOORBELL RINGS. Dad opens it to reveal James standing on the porch.

DAD: (peering over his glasses) I am Dr. Salman.

JAMES: Well, I was wondering if she wanted to get lunch or something.

DAD: No. Son, you go and enjoy your lunch, okay? She cannot join you.

Dad turns and shuts the door, leaving James standing, shaken, on the porch. Dejectedly, he walks away. Moments later, I, in sweatpants and wet poodle hair, fling open the door to try to catch him. But it's too late.

FADE OUT. ON MY LOVE LIFE. FOREVER.

Dad told me later that he didn't like the idea of a boy assuming he could just come over, thinking I'd be ready for him. I saw James at the pool the next day and tried to explain, but his current book—a boy's struggle to survive World War II in China—seemed way easier to digest than the parental cockblock he'd suffered the day before.

Here's what I learned from that incident. First, when a guy drops you off at your house, wait twenty minutes to jump in the shower just in case he comes back . . .

Just kidding. That's so unfeminist. Girls and young ladies, don't do that.

No—the real lesson from this incident is that people with promi­nent noses should never get spiral perms.