"Of course I would love the chance to work with Brie," Thompson says about where she wants her character to go next 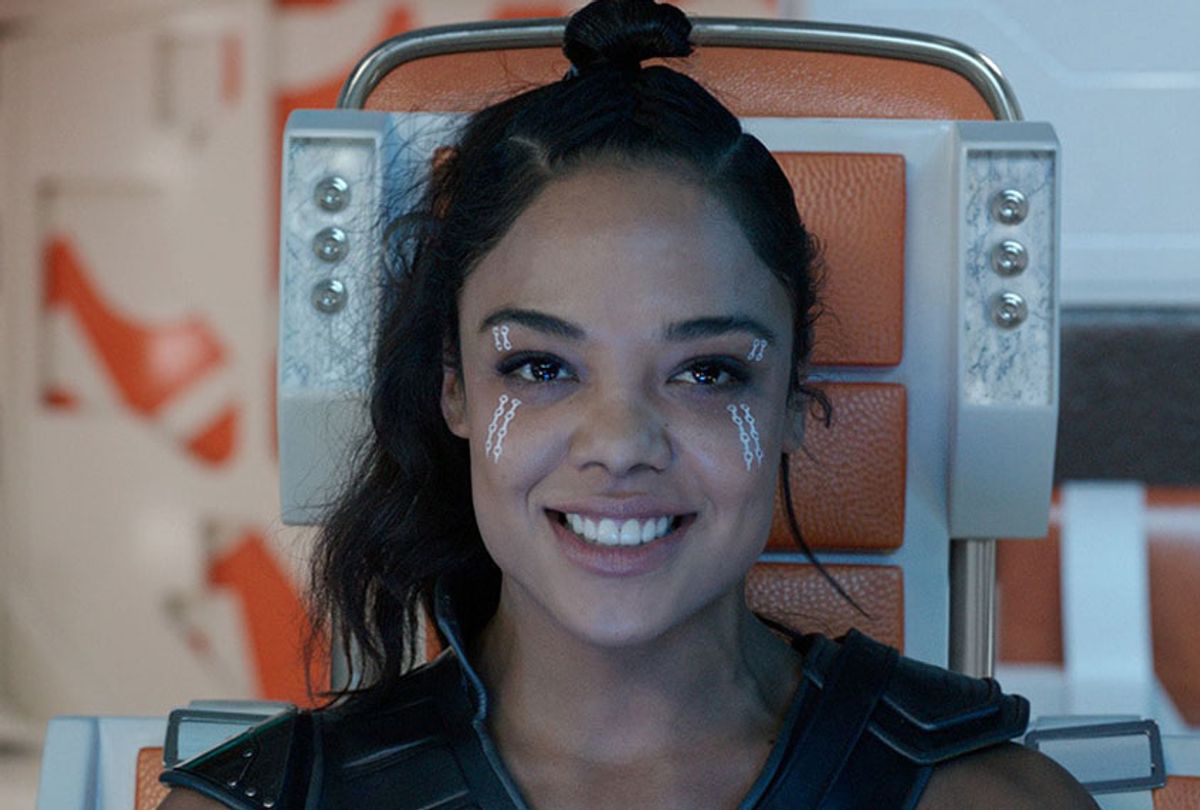 Fans of Tessa Thompson’s Marvel Cinematic Universe character Valkyrie better get excited as the warrior is now confirmed to appear in next month’s “Avengers: Endgame.” Thompson’s involvement in the blockbuster was expected by MCU fans, as the character was previously confirmed to have survived Thanos’ destruction of the Asgard ship (post-credits scene of “Thor: Ragnarok”) and his universe-splitting snap (“Avengers: Infinity War”), but the release of a new Valkyrie poster outright confirms the character’s involvement in “Endgame” for the first time.

Thompson’s Valkyrie debuted in “Thor: Ragnarok” and became an instant fan favorite. With no “Thor” sequel announced for the future and Valkyrie entirely absent from “Infinity War,” many MCU fans have been wondering when Thompson would reemerge in the MCU. Both Marvel and Disney have been keeping Thompson’s involvement in “Endgame” a secret, as Valkyrie has not been spotted in any trailer or TV spots for the tentpole. Neither the character nor Thompson’s name were even included on the official poster released earlier this month.

Valkyrie has reemerged on social media this month following the release of “Captain Marvel,” with many MCU fans pushing the studio to bring the two superheroes together on the big screen. Both Thompson and Larson have shared fan art depicting their characters embracing, with some fans even shipping the two characters romantically. Thompson was recently asked by CinemaBlend about the viral Valkyrie-Captain Marvel movement, to which she reacted with delight.

“Of course I would love the chance to work with Brie,” Thompson said. “We were just like, ‘Look! It’s us together!’ I think we’re both new to the MCU, so we both retain the sense of like, ‘Can you believe!?’ We’re just like, ‘What? We got capes? What’s happening?!’ We’re both really geeked out by having dolls and occupying this space.”

Read more IndieWire: The 2019 Box Office Is Down Half a Billion Dollars: It’s Not All Bad News

“We’re like women’s women, so the idea of getting to do something that little girls are excited about, and people that identify as women feel excited about is cool,” Thompson continued. “So who knows if we’ll get to do something together; it’s rad. But I’m just so happy for her, and for us and what it means culturally right now.”

Fortunately it appears fans won’t have to wait too long to see the actresses together on the big screen since Valkyrie is now confirmed to have a role in “Avengers: Endgame.” Disney is opening the tentpole in theaters nationwide April 26.