George Harrison's spectacular comeback: What 1979 meant for his post-Beatles career

With alcoholism behind him and a new family in tow, here's how Harrison got his groove back with his eponymous LP 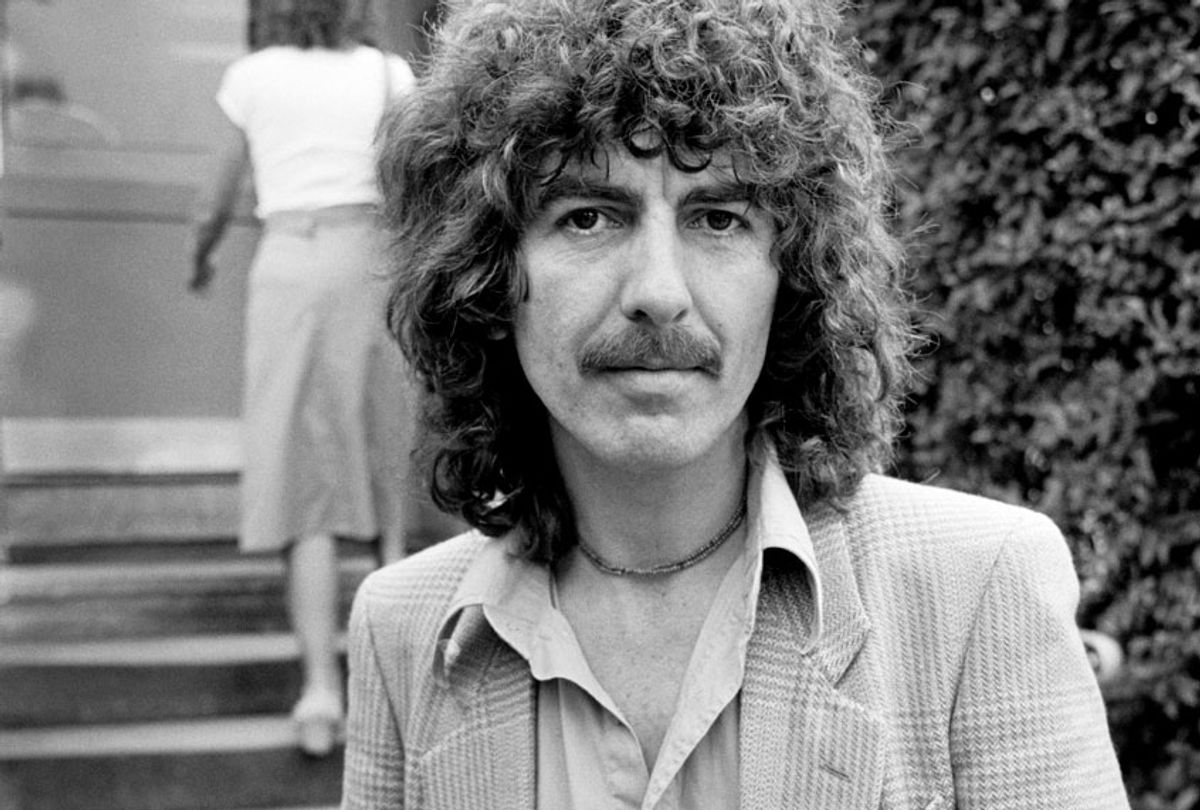 After blasting into solo-Beatledom in fine style with 1970’s mega-selling "All Things Must Pass," George Harrison had also begun a long, slow spiral into a protracted period of ill health and personal despair. For the Quiet Beatle, life reached its nadir in 1974 with the breakup of his marriage to Pattie Boyd. While his "Thirty Three & 1/3" LP notched a top-30 hit in the form of “This Song” in January 1977, Harrison had found himself in dire straits.

The ex-Beatle’s slide had begun, ironically enough, with the release of his global chart-topping single “My Sweet Lord.” Since 1971, he had been mired in a lengthy legal battle with Bright Tunes Music, which maintained that Harrison had committed copyright infringement, given the uncanny similarities between “My Sweet Lord” and the Chiffons’ 1963 hit “He’s So Fine.” Written during the legal jockeying over the fate of “My Sweet Lord,” “This Song” found Harrison singing “This tune has nothing Bright about it” in obvious reference to the plaintiff.

As Harrison toiled in the studio to complete "Thirty Three & 1/3" — a titular allusion to his age during the summer of 1976, as well as the requisite speed for playing a vinyl LP on a turntable — he learned that he had lost the copyright infringement case, at least for the moment; the saga over “My Sweet Lord” vis-à-vis “He’s So Fine” would linger until 1998, making for one of the longest legal battles in the history of American jurisprudence.

Incredibly, things took a turn for the worse for Harrison after he contracted hepatitis, the result of a prolonged period of alcohol and drug abuse. Years later, Harrison would wryly observe that “I needed the hepatitis to quit drinking.” While his bout with hepatitis may have been a vital catalyst in ending his dependence upon alcohol, the real tonic in his life was Olivia Arias, a member of the marketing department at Harrison’s newly-minted Dark Horse record label.

With Arias, Harrison shared an interest in Eastern spirituality and vegetarianism. Romantically involved with the former Beatle since 1975, Arias steered her lover toward natural remedies, including acupuncture. In August 1978, she gave birth to son Dhani, marrying George the following month in a private ceremony. To Arias’s mind, marriage to Harrison was quite literally made in heaven, having once observed that “when you strive for something higher in the next world, you have a much easier time in this one.”

With his alcoholism behind him and a new family in tow, Harrison was in a decidedly different frame of mind. When he began recording his follow-up LP in 1978, he was the veritable picture of contentment. The newlyweds split their time between their Friar Park estate in England and the Hawaiian island of Maui. Not surprisingly, his new album — entitled "George Harrison" — was awash in good vibes. Even its eponymous title suggested a kind of rebirth, as if the LP’s composer had embarked upon a personal renaissance — which, in many ways, he had.

Co-produced with Russ Titelman, George Harrison benefitted from a top-drawer studio band that included the likes of Steve Winwood on keyboards, Willie Weeks on bass, Andy Newmark on drums, and Ray Cooper on percussion. For the recordings, Harrison’s signature slide-guitar sound was in full flower, adorning the LP with buoyancy and positivism.

In fact, the George Harrison album was brimming with so much optimism that its creator had managed to reinvigorate “Not Guilty,” which the Beatles had originally recorded 11 years earlier during The White Album sessions. While the original version reflected the bandmates’ deteriorating interpersonal relationship, Harrison’s new, mellower take on the song — complete with Winwood’s jazzy keyboards and Weeks’s jaunty bass — made for a breath of fresh air.

The LP’s other highlights included the sanguine opener “Love Comes to Everyone,” along with “Here Comes the Moon,” an obvious reference to the Beatles’ classic “Here Comes the Sun.” “Here Comes the Moon” found its origins on Maui, when the composer observed the sun setting on the horizon. “The sun was setting over the ocean, and it gets pretty stunning,” Harrison later recalled. “I was blissed out, and then I turned ’round and saw a big, full moon rising. I laughed and thought it was about time someone, and it may as well be me, gave the moon its due.”

While songs like “Dark Sweet Lady” and “Soft Touch” offered romantic paeans to his wife, Harrison also devoted real estate on the LP to his growing love for Formula 1 racing, which he had indulged over a year-long stint with the denizens of motorsport in 1977. With “Faster,” Harrison admitted to creating a work of homage, commenting at the time that “it’s easy to write about V-8 engines and vroom vroom — that would have been bullshit. But I’m happy with the lyrics because it can be seen to be about one driver specifically [most likely, Jackie “The Flying Scot” Stewart] or any of them.”

Back in 1979, most listeners would have been introduced to Harrison’s new record via “Blow Away,” the album’s leadoff single and a radio staple that spring. With Neil Larsen’s lighthearted electric piano and Harrison’s soaring guitar, “Blow Away” brings the composer’s lyrics about the calm after the storm vividly to life. While the song makes for one of the finest hits among Harrison’s post-Beatles catalogue, it only managed to notch a number 16 showing on the Billboard charts.

In truth, such a showing was less a reflection of the quality of Harrison’s composition and more a result of the high-octane competition that existed in the music charts of that era. In the early months of 1979, the radio waves were an out-and-out pop-hit proving ground, dominated by songs like the Dire Straits’ “Sultans of Swing,” the Village People’s “YMCA,” Cheap Trick’s “I Want You to Want Me,” Gloria Gaynor’s “I Will Survive,” the Bee Gees’ “Tragedy,” Supertramp’s “The Logical Song,” and Rod Stewart’s “Do Ya Think I’m Sexy?”

But no matter. The "George Harrison" LP made for a refreshing turn away from the sturm und drang of the recent past. For the Quiet Beatle, the album was nothing short of a spectacular return to form.