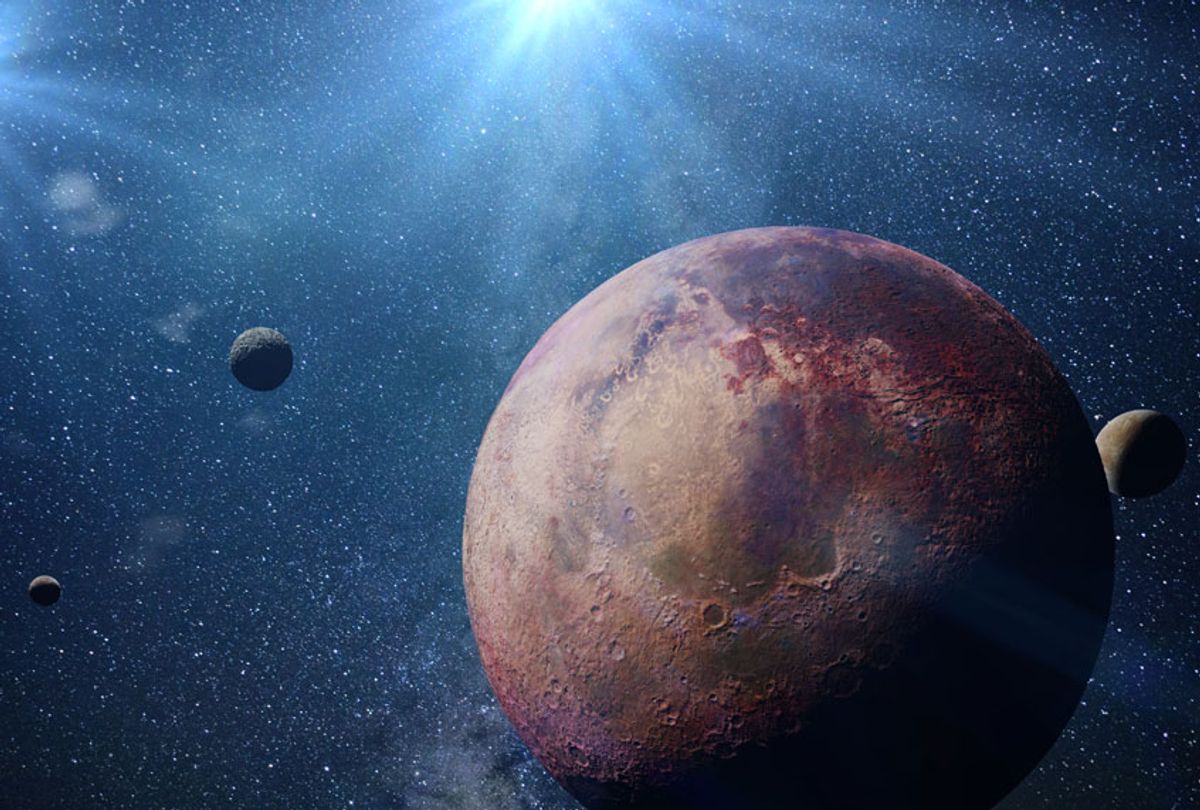 Prior to 1995, the year the first exoplanet was discovered, we only knew that there were planets in our solar system. Nearly two decades later and 4,000 exoplanets have been discovered. There are nearly 3,000 more possible candidates. NASA estimates since the exoplanet's first discovery, the number of known exoplanets has doubled every 27 months since.

As the number of exoplanets increases, it brings scientists closer to understanding if there is another Earth-like planet in our universe, and if there is, if it can host life. This is part of the mission of the Transiting Exoplanet Survey Satellite, commonly known as TESS. Last week a team of astronomers from Cornell, Lehigh University and Vanderbilt University published a paper in the Astrophysical Journal Letters identifying a detailed catalog named “TESS Habitable Zone Star Catalog,” of 1,822 potential stars where Earth-like planets could exist and TESS could detect.

Padi Boyd, a TESS project scientist at NASA, tells Salon this catalog is important because it has synthesized data to a point where it can be hand-sifted by scientists. This allows them to look for signals in a way that computer automation might not.

“What makes this catalog a little different, is it looks at all the stars that TESS can see and it searches for a subset of those stars around which the TESS telescopes themselves, the instruments themselves, would be able to detect transit from a small planet, one or two small transits, and that planet would be in the habitable zone of its star,” Boyd said. “It’s taking the catalog we already have and down-selecting to what some people would consider would be the most interesting stars around which to look for planets.”

That is those planets that would be in a habitable zone of those stars. A habitable zone means that an exoplanet is at a distance far enough from their solar system’s star, like our sun, where water could possibly exist on a planet’s surface. The way in which TESS observes the sky is by looking at stars only within the nearest few-hundred light years, allowing it to gather more critical information to make follow-up observations. Now with the new catalog, researchers have a better idea of where TESS should be looking. For those who are interested in knowing if there is life elsewhere in the universe, this is another step toward finding an answer.

“Life could exist on all sorts of worlds, but the kind we know can support life is our own, so it makes sense to first look for Earth-like planets,” said lead author Lisa Kaltenegger, professor of astronomy in the College of Arts and Sciences and director of Cornell’s Carl Sagan Institute in a statement. “This catalog is important for TESS because anyone working with the data wants to know around which stars we can find the closest Earth-analogs.”

The catalog also identified 408 stars that might be orbited by planets the size of Earth and may receive similar amounts of radiation that Earth receives from the sun.

"I have 408 new favorite stars," Kaltenegger said. "It is amazing that I don't have to pick just one; I now get to search hundreds of stars."

The next step is for TESS to get to work observing these stars.

"We don't know how many planets TESS will find around the hundreds of stars in our catalog or whether they will be habitable," Kaltenegger said. "But the odds are in our favor. Some studies indicate that there are many rocky planets in the habitable zone of cool stars, like the ones in our catalog.”

All of these observations will better inform targets for missions such as the James Webb Space Telescope which will be able to characterize in more detail the atmospheres of exoplanets which is currently set to launch in early 2021.