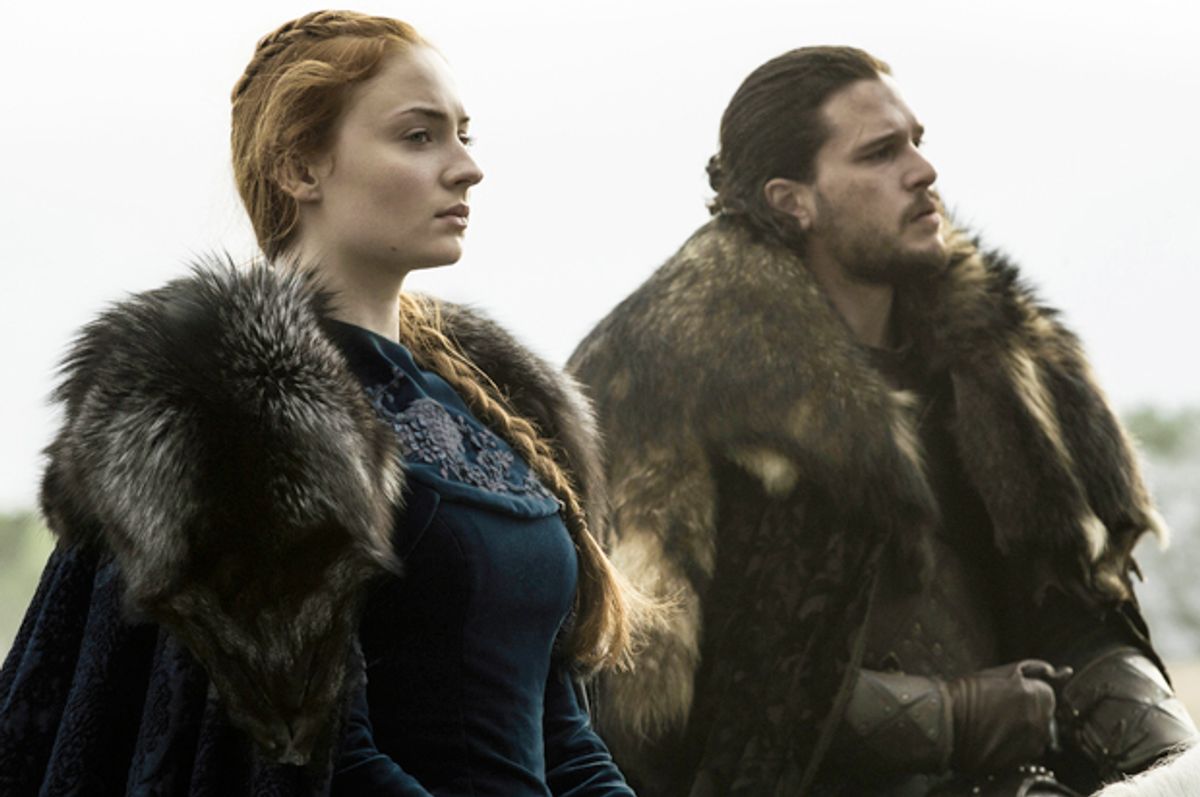 Sophie Turner and Kit Harington in "Game of Thrones" (HBO)
--

While not everyone on “Game of Thrones” is paid equally, Sophie Turner says everyone is being paid fairly. News broke last summer that cast members Emilia Clarke (Daenerys Targaryen), Kit Harington (Jon Snow), Lena Headey (Cersei Lannister), Peter Dinklage (Tyrion Lannister,) and Nikolaj Coster-Waldau (Jaime Lannister) were getting a pay increase for the final season, each earning $500,000 an episode, while fellow cast members Turner (Sansa Stark), Maisie Williams (Arya Stark), and Isaac Hempstead Wright (Bran Stark) each receiving $175,000 an episode. When asked about the pay gap for a recent Harpar’s Bazar cover story, Turner said salaries are “a little tricky” to talk about, but with “Thrones” it makes sense.

Singling out Harington, Turner said, “Kit got more money than me, but he had a bigger storyline. And for the last series, he had something crazy like 70 night shoots, and I didn’t have that many. I was like, ‘You know what…you keep that money.'”

Turner is referring to the tumultuous night shootsHarington had to endure to film the final season’s massive battle episode. Sansa Stark is clearly not as involved in the battle as Harington’s Jon Snow, which is one reason Turner feels comfortable receiving a lesser salary than her co-star. It should be stressed the “Thrones” pay gap has nothing to do with gender, as major cast members Clarke and Headey are paid the same as Harington.

Although she is comfortable with her “Thrones” salary, Turner is committed to improving gender parity on her projects moving forward. The actress told Harpar’s Bazaar she has adopted an inclusion rider on her contracts that says she will only agree to star in a film or television show if the workforce is split evenly between male and female crew members. “Now, you see women in the camera departments, producing, directing,” Turner said. “It’s exciting.”