As tickets go on sale for Marvel's blockbuster, Disney debuts new footage teasing some of the biggest storylines 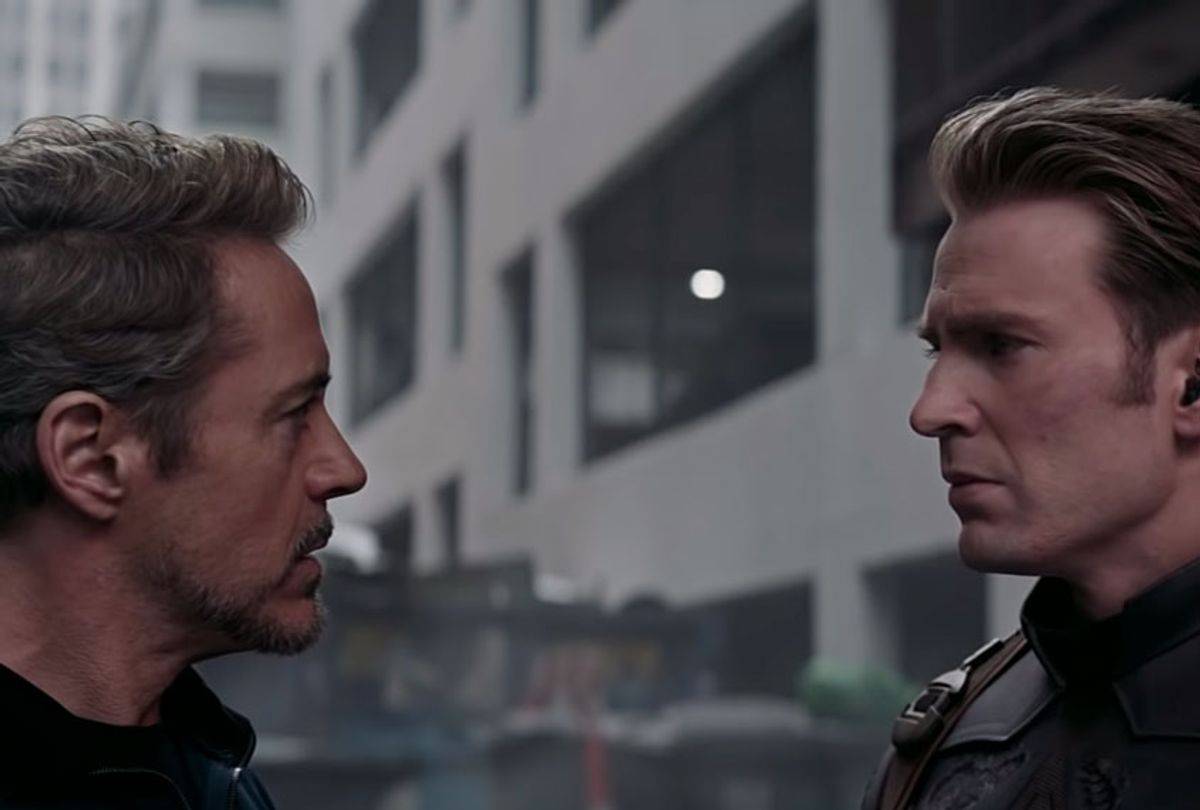 Iron Man and Captain America are officially back together in the latest footage from Disney and Marvel’s soon-to-be-blockbuster “Avengers: Endgame.” Disney dropped a new trailer for the superhero movie to celebrate tickets becoming available for purchase, and the footage goes right ahead and confirms Tony Stark and Steve Rogers will find a way to mend their broken relationship. The two are seen shaking hands as Steve tells Tony he trusts him once again.

The plot tease is a major one for Marvel Cinematic Universe fans as the two characters have not been seen on screen together since “Captain America: Civil War.” The 2016 movie centered around Tony and Steve’s falling out and ended with their relationship fractured. The characters did not share the screen in “Infinity War,” with Tony telling Bruce Banner (Mark Ruffalo) at the start of the film he couldn’t call Steve for help against Thanos because of their falling out.

As co-director Joe Russo recently told Fandango, the mending of Tony and Steve’s relationship plays a big role in “Endgame.” When asked which MCU movies fans might want to catch up on before “Endgame,” Russo said “Civil War” is a must as it shows the division of the two superheroes’ relationship. Tony and Steve’s arc from “Civil War” will clearly be resolved in “Endgame,” although the question remains how the two fix what’s broken.

“The relationship between Tony Stark and Steve Rogers was severed, and that was what put them in a vulnerable place when Thanos came in ‘Infinity War,'” Russo said. “I think that’s partially what led to their demise in that film, the fact that they were divided when the greatest threat they ever faced came to them. So there is definitely a throughline there.”

Disney will release “Avengers: Endgame” in theaters nationwide April 26. The trailer ends with a brief shot of Iron Man and Captain America walking side by side into a confrontation. Watch the new footage in the video below.