After months of criticism over the look of Will Smith's Genie, Disney tried its best to reverse the backlash 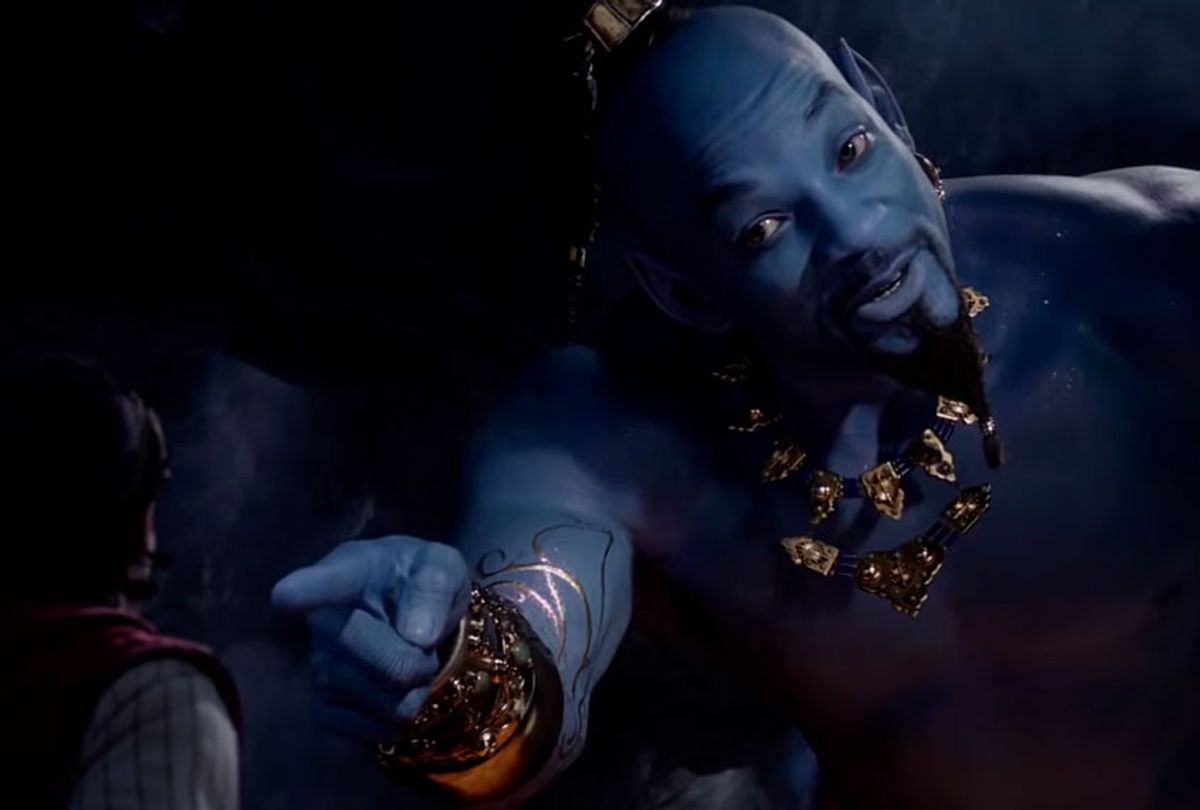 Will Smith as Genie in "Aladdin" (Walt Disney Studios)
--

One of the biggest question marks going into Disney’s CinemaCon presentation was what the studio was going to do in order to win over “Aladdin” skeptics. The upcoming live-action remake of Disney’s 1992 animated film has been something of a critical punching bag since the first footage of Will Smith as the blue CGI Genie debuted in February. While an official trailer released in March provided a better look at the VFX used to turn Smith into the genie, the actor’s human look as the character and the film’s artificial sets drew more criticism.

“Aladdin” is one of Disney’s big summer tentpole releases, and more pressure has been added to the film in the wake of the middling critical response and box office for Tim Burton’s “Dumbo.” CinemaCon was the perfect place for Disney to start turning the critical tides in favor of “Aladdin,” and the studio did not succeed. The footage provided an extended look at Will Smith’s “Friend Like Me” song and dance number, which included the actor rapping. The special effects were not completely done in the scene. While some found the footage to be childish, others were won over by its energy and visual flair.

Disney will release “Aladdin” in theaters nationwide May 24. Check out reactions to the footage below.