Five decades after its initial release, "A Clockwork Orange" remains one of Kubrick's defining works 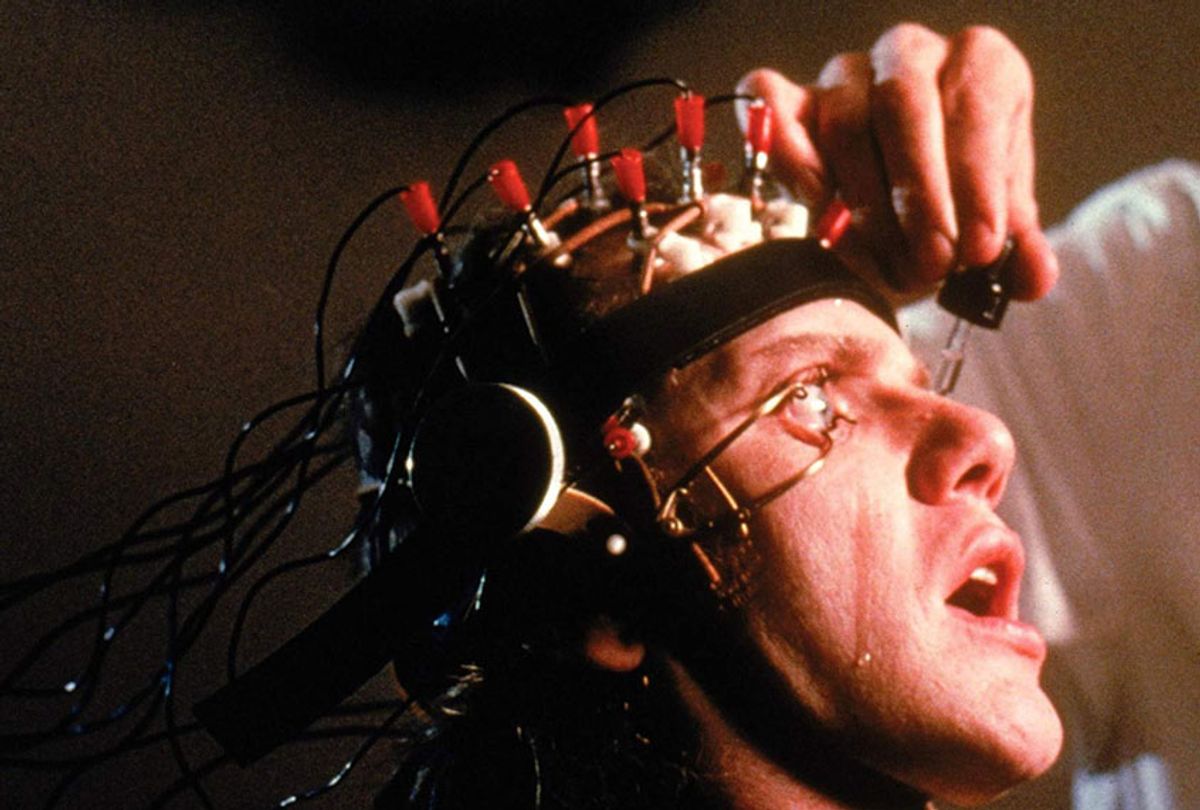 How do you get into the headspace to play a character like Alex DeLarge? For Malcolm McDowell, who was handpicked by Stanley Kubrick to play the violent droog in “A Clockwork Orange,” the answer was to consume as much violent media as possible in the months leading up to production.

“I spent nine months with Stanley before we started shooting, watching violent movies every day,” McDowell recently revealed in an essay for The Guardian. “They were the most horrendous films: concentration camps, bodies stacked up. He was thinking of using them in the treatment sequence, where Alex is given aversion therapy.”

McDowell worked closely with Kubrick during those pre-production months and part of his own wardrobe even inspired the iconic look of his character. As McDowell writes, “One day, I asked Stanley what my friends the ‘droogs’ were going to look like. He said: ‘What have you got?’ I said: ‘The only thing in my car is my cricket bag.’ So I put my whites on. He asked what the groin protector was, and when I told him, he said: ‘Wear it on the outside!’ That became the look.”

Read more IndieWire: 45 Genre Screenplays to Download For Free, From 'A Clockwork Orange' to 'Goodfellas'

To achieve one of the movie’s most iconic images, that of Alex with his eyes forced open as he’s receiving aversion therapy, Kubrick brought in a doctor to apply anesthetic to McDowell’s eye because the actor had initially refused to wear the lid-locks. The end result was one of the film’s defining images, but it was hardly fun for McDowell.

“When we shot it, the lid-locks kept sliding off my eyelids and scratching my cornea,” the actor writes. “When the anaesthetic wore off, I was in such pain I was banging my head against a wall. But Stanley was mainly concerned about when he would be able to get his next shot.”

McDowell also briefly writes about being ripped off by Kubrick himself. Prior to filming, the actor asked to be paid $100,000 and receive 2.5% of the box office. McDowell said Kubrick tried to deliver this for him but was told by Warner Bros. the studio couldn’t agree to the back-end deal. After the movie became a financial hit around the world a Warner Bros. executive told McDowell he would be a rich man with 2.5% of the box office. McDowell was confused as Kubrick had told him that wasn’t going to happen. The executive told the actor Warner Bros. had given his 2.5% cut to Kubrick so that it could be delivered to McDowell.

“I knew he would never pay me,” McDowell writes. “It was a terrible way to treat me after I’d given so much of myself, but I got over it. Doing this film has put me in movie history. Every new generation rediscovers it — not because of the violence, which is old hat compared to today, but the psychological violence. That debate, about a man’s freedom of choice, is still current.”

McDowell touched about the same topic in a 2014 interview with Entertainment Weekly, saying he remembered thinking at the time, “My God, you only do one of these movies in a lifetime. Why would he do that to a young actor? Why would he do that? It’s so ungenerous and so mean, when he’s had every fucking fiber of my being.”

Nearly five decades after its initial release, “A Clockwork Orange” remains one of Kubrick’s defining works. Head over to The Guardian to read McDowell’s essay in its entirety.