Shame by a thousand looks: The microaggressions of poverty

Even well meaning, liberal-minded people will betray the slightest mien of disgust when I talk about my childhood 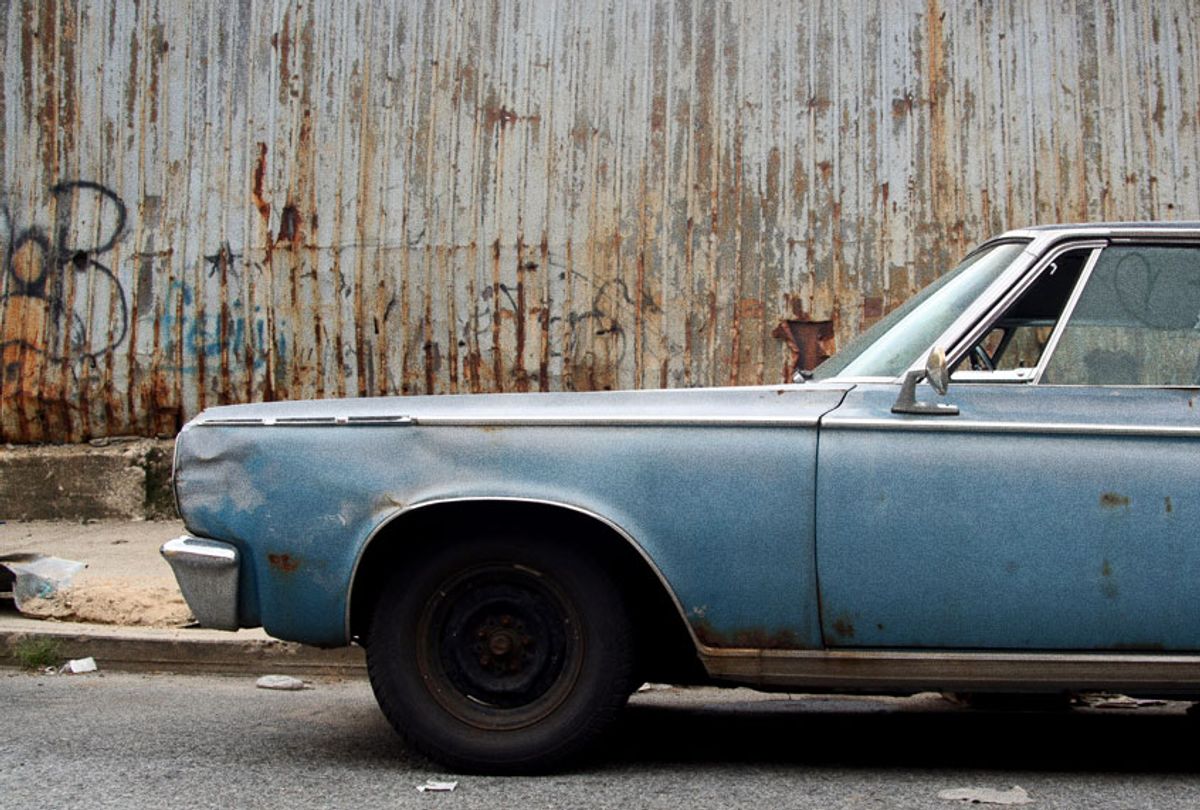 When I was a kid, my family suffered two tragedies that planted us firmly in America’s lower middle class: my father lost his job at a weapons manufacturing plant and my mother was diagnosed with cancer. Though my mother and father assured us that everything was fine—“We’ll get through this,” my sickened mother had insisted— one summer afternoon my oldest brother urgently dragged me into our parents’ bedroom.

“Look,” he said, lifting the lid on my mother’s jewelry box.

There, lit by a soft slant of July sunlight, was a stash of strange looking currency.

“What are these?” I asked, picking up the stiff bills.

“Food stamps,” my brother said. His voice as definitive as a door closing.

I fanned the bills out in my hand. The words “FOOD COUPON” were etched in inky capital letters on each one. As I studied the bills, my brother looked down at me—the faint shadow of a mustache beginning to sprout on his upper lip—when I caught his eye, his nose scrunched, his eyes tightened, and his neck recoiled. He eyed the bills, then me. Sweat developed on my forehead; my skin prickled. I wanted to hide. His actions were barely perceptible; his face held this look for only a moment before it vanished. There was a sound from the kitchen. Our mother was up from her chemo nap, rested enough to make us dinner before she’d have to lie down again. My brother snatched the bills, shoved them in the jewelry box, and slammed the lid.

A few days later, I saw the look again. I was at the supermarket with my mother and three brothers. Our cart was more empty than usual. A fact we didn’t discuss as we trekked down each aisle, our mother demanding in a tired voice that we put back boxes of name brand cereal or two liter bottles of soda. At the checkout, I was considering the few items my mother had allowed into our cart, when she produced the FOOD COUPONS from her purse. The cashier spotted the food stamps, and for the briefest moment—we’re talking two seconds max—the middle-aged woman eyed the bills, then my mother, then my three squawking brothers, and as her eyes landed me, her face contorted: nostrils upturned, eyes narrowed, an imperceptible sigh escaped her lips. Then it was gone. She took the bills, bagged the groceries, and we went home.

Over the next two years my mother battled the tumors in her stomach, my father fought unemployment, and we all suffered the flash-bulb looks of disdain as people around us read the signals of our poverty. Looks I endured all the way through college as the wake of my childhood poverty lapped each present moment—looks I still get today when people find out I was raised in a poor household in rural Vermont.

Even well meaning, liberal-minded people will betray the slightest mien of disgust when I tell them my brothers and I used to scrape the black layer off burnt toast, because there wasn’t enough bread to waste in our house.

Last year was the first time I heard the term “microaggression.” The term turned me off initially. It seemed like a nuanced way for the far left to shoot barbs at the far right in America. Most days, I want nothing to do with the bipartisan battles our country fights endlessly under this president.

Over the course of weeks, however, the idea of microaggressions worked over my mind. And then it struck me: this was what I had experienced my entire life as a result of being raised poor in America.

Memories looped in my head like a film montage at hyper speed. That look. The look. The one brimming with revulsion, pity, fear. My mind flooded with experiences where that look lingered on countless faces for the briefest of moments. When middle school classmates spotted my K-Mart-purchased high tops, when drivers heard the growl of our unfixed muffler on the highway, when college classmates discovered I was from a shitty town in northern Vermont. “Oh. I thought you were from Connecticut,” a girl from my dorm had said, her voice betraying the disappointment she felt upon discovering where I was from.

Even now as I write this, the lifetime of microaggressions I suffered as a byproduct of childhood poverty plays in a crackled loop. And with the memories comes the feeling that first washed over me in my parents’ bedroom as my brother eyed me holding a handful of food stamps. It was shame.

Today I have the vocabulary to understand my childhood. These microaggressions were shame by a thousand looks. Each just a nick on the skin. And after a thousand nicks, my shame was so internalized that for years I only spoke of my childhood in the vaguest of terms. I was from ‘just outside of Burlington,’ not Milton, a town with sprawling trailer parks and pot-holed dirt roads. It’s the town featured in Rolling Stone’s expose on the heroin epidemic in Vermont. This is just one white-washing of my lower middle-class childhood. There are countless others.

What is most painful about these microaggressions is that they seem often to be involuntary. So deeply ingrained in the American psyche that the aggressor might not even know he or she had flashed any look at all. The knee-jerk expression elicits the ideal that poverty—even for children who have no control over the circumstances they’re thrust into—is to be shunned. That poor people are to be pitied and ultimately hated because they didn’t work hard enough to pull themselves up by the bootstraps and take their slice of the American Dream. The microaggressions told me that the poor are disgusting, because they are poor by choice. My father is the hardest working man I’ve ever met. We were not poor by choice.

After decades of hiding my childhood poverty, I now wear it like a fucking badge of honor. It took a lot of time. I shunned my own past so violently that even as a writer I avoided the subject of my childhood. But then I stopped. I had to. I have my own kids now. What, am I going to hide my past even to them? I had the courage to write a novel that exposed my lower middle class roots. I had the courage to share it with my agent, who sold it to a publisher. The lacerations of shame I suffered through a lifetime of microaggressions have scabbed over. But I bear the scars that I no longer hide. I brandish them in a manner that says, “If you’re going to make me feel shame for my past, don’t hide it in a subtle look, say it to my face.”

Dave Patterson is the author of the novel "Soon the Light Will Be Perfect" (Hanover Square Press/HarperCollins, April 9). You can find him online at https://davidrpatterson.me/.