Colin Jost and Michael Che had a bad tme at WrestleMania, will probably stick to "SNL" 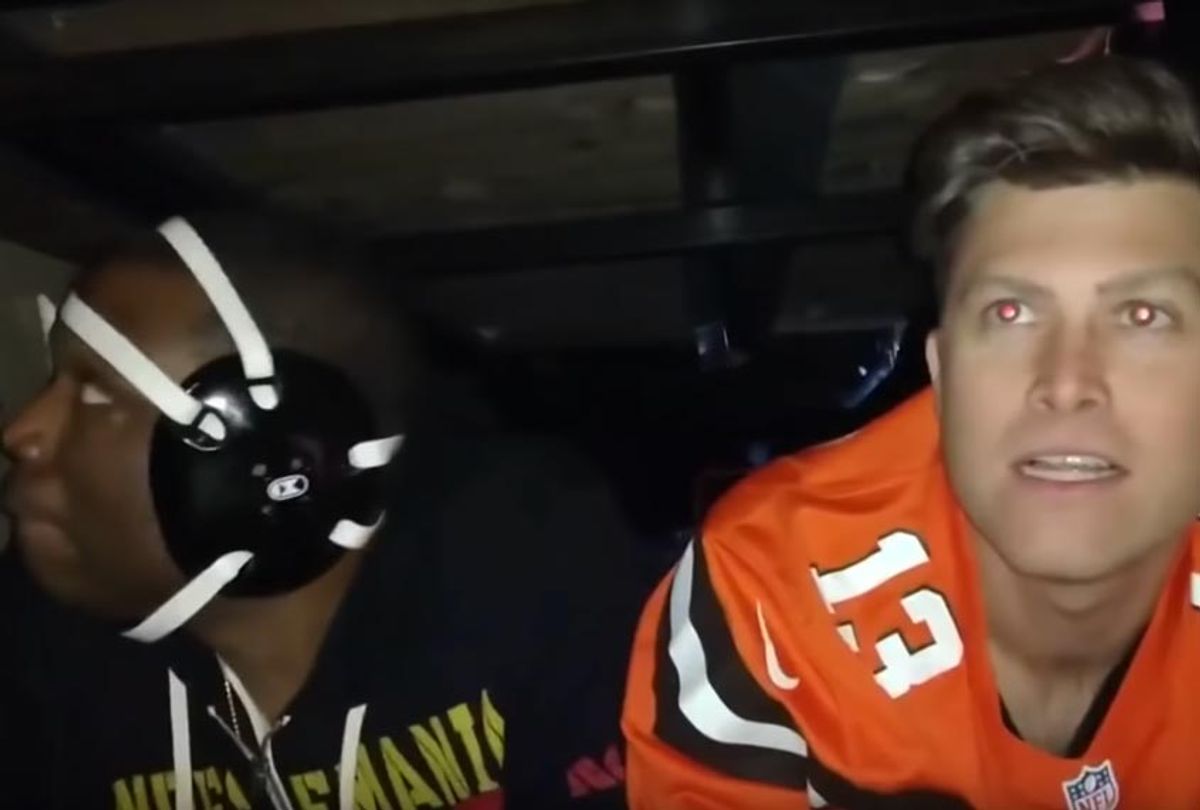 Colin Jost and Michael Che got more than they bargained for when they agreed to be special correspondents for WrestleMania, WWE’s biggest event of the year. Last night’s show — the first ever to be headlined by a women’s match — once again included the Andre the Giant Memorial Battle Royal, a free-for-all in which some 30 performers start inside the ring and the last man standing wins. Unfortunately for the “Saturday Night Live” co-head writers and “Weekend Update” anchors, they got added to that match after angering WWE’s Braun Strowman in recent weeks.

That was mostly on the part of Jost, whose attempts at reasoning with the 6’8,” 385 pound “Monster Among Men” largely fell flat; he also invoked the ire of the 80,000+ plus fans in attendance at MetLife Stadium in East Rutherford, New Jersey by wearing former New York Giants star Odell Beckham, Jr.’s new Cleveland Browns jersey. After entering to a chorus of boos, the two wisely exited the ring at the outset of the match, hiding under it until only Strowman and two others remained:

Their attempt to eliminate their foe naturally failed, and Strowman made quick work of them both by punching Che out of the ring and throwing Jost onto a group of previously eliminated wrestlers waiting to safely catch him. Reflecting on his victory, the very large performer said, “They came into my business, to my house, and insulted me and what I do for a living, what I love. It was only a matter of time before I got my hands on those two guys, and, well, as you can see, it was well worth the wait.”

As for Che and Jost, it would appear their wrestling careers are over as soon as they began. “i wanna thank all my friends and family and che hive, for supporting me in my big debut as a wwe superstar,” Che wrote on his Instagram story. “though me and colin DID outlast a ton of other wrestlers, i feel like maybe this path wasnt meant to be for us.”