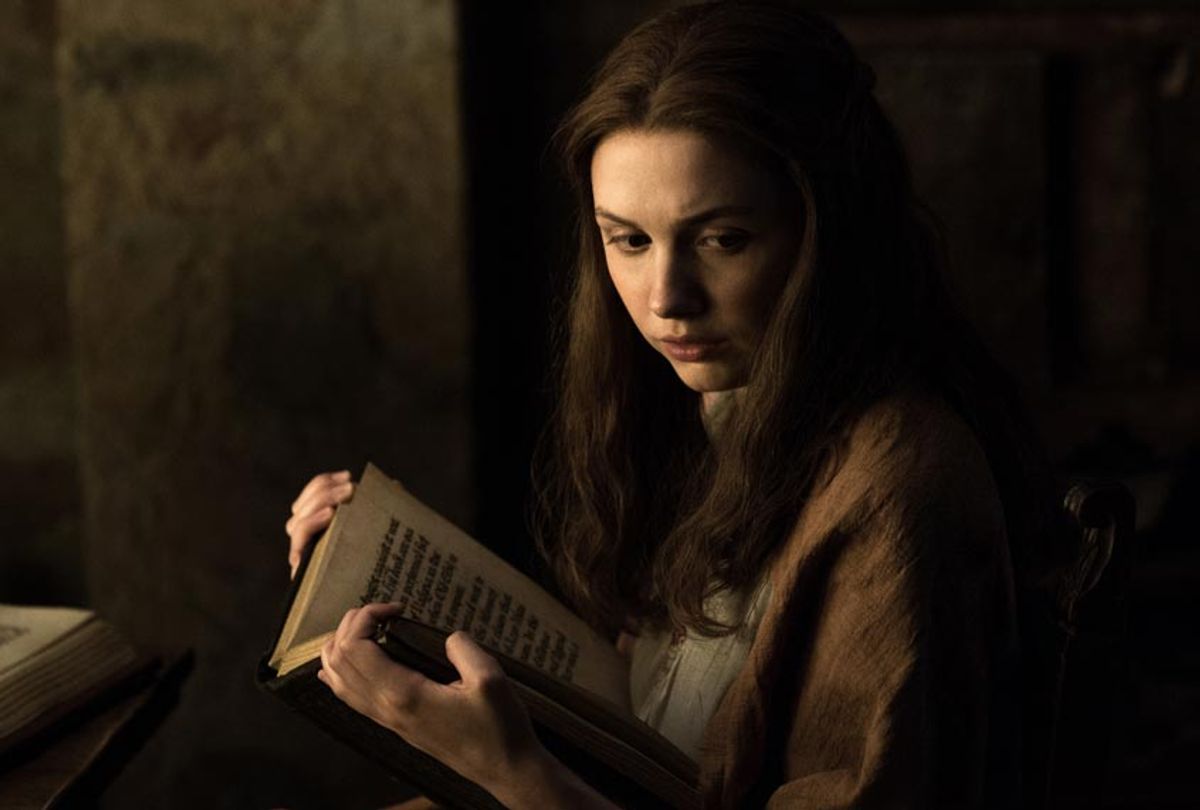 Hannah Murray in "Game of Thrones" (Helen Sloan/Courtesy of HBO)
--

Hannah Murray has been a staple on “Game of Thrones” since her introduction in Season 2 as the wildling Gilly. Throughout the series’ run, Gilly’s love story with John Bradley’s Samwell Tarley has kept the series grounded in real human stakes, and it’s also given Murray the chance to portray a character overcoming emotional and sexual abuse. Gilly’s character arc hit a breakthrough in Season 5 in a sex scene with Sam that showed just how much the character had grown past her trauma. Murray recently told Vulture the scene is her proudest moment on the show, although it took her speaking up to creators David Benioff and D.B. Weiss to make it that way.

“That was the one I felt I had the most input,” Murray said. “When I read the scripted version, I felt it was slightly more from Samwell’s perspective. I emailed David and Dan and I said, ‘Can we talk about what’s going on with Gilly here?’ Given the background that she comes from, the systematic abuse from her father, I really wanted that to be present — the fact that it was the first time we were seeing her experience loving sex as opposed to abusive sex.”

Read more IndieWire: 'Game of Thrones' Actors Reveal the Scenes That Shocked Them the Most

Murray continued, “I had a lot of strong feelings about how I wanted that scene to go. They were really receptive to discussing those with me, and really open to making sure we included all of those moments. I felt like I was able to contribute a layer to that scene that maybe wasn’t there on the page.”

“Thrones” has been accused of showing gratuitous nudity and sex scenes many times throughout its run, but Gilly and Sam’s sex scene proved the show could handle these moments in ways that put character-building first. Murray was clearly an instrumental part in ensuring this was the case.

The actress will be back as Gilly during the final season of “Thrones,” which starts April 14 on HBO.