"Boys will be boys" limits all genders: We need a radical shift in how we raise boys 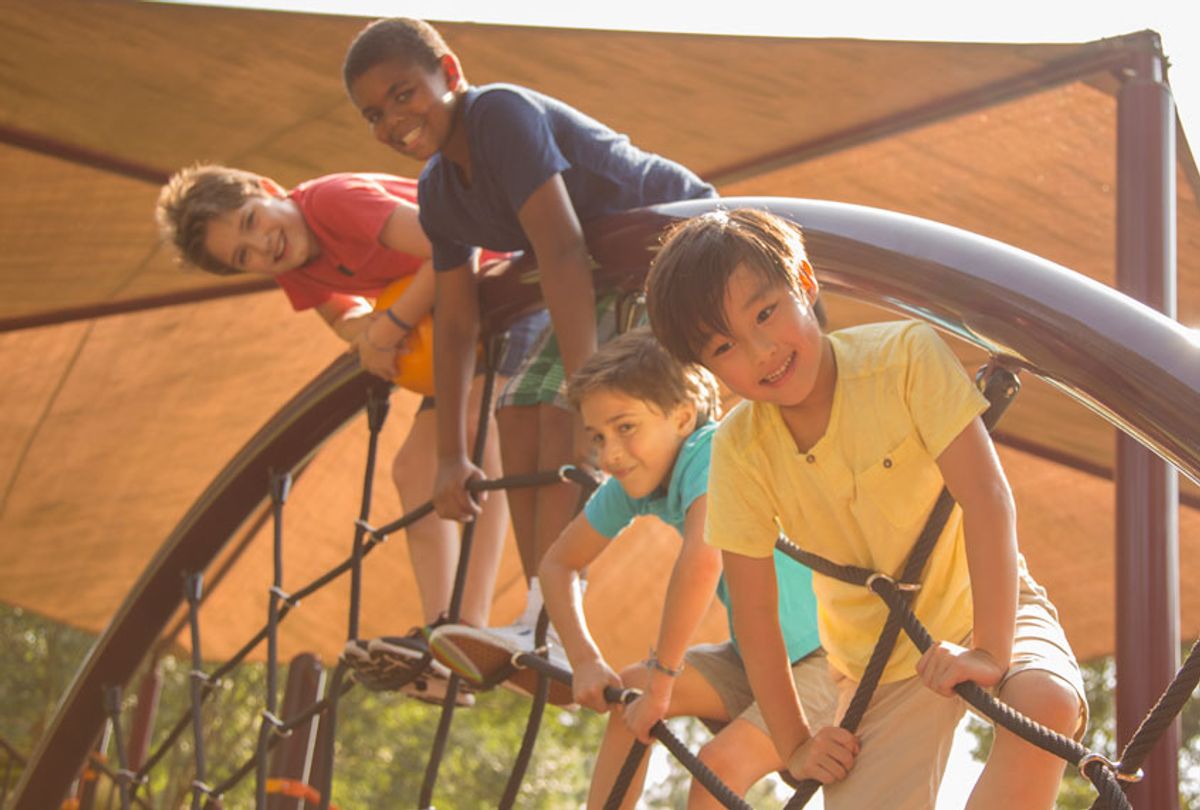 One of the biggest lessons we’re learning from the #MeToo movement is that the burden of striving for a more equal world cannot rest on the shoulders of women alone. We need more men than ever to step up and call out misogyny — to lift us up without looking up our skirts. To have our backs, not rub them. And to believe us and back us up, even if it means losing some of the hold they have on the higher echelons of power.

Before any of that can happen, people of all genders need to consider how we came to form our own views of masculinity. We need to understand the misogynistic blindspots, emotional scarring and limiting behaviors many boys develop as they learn how to become men. And we all need to radically change the way we raise our boys.

It’s a tall order. But according to Dr. Michael Reichert, a psychologist who specializes in working with men and boys and the author of the new book, "How to Raise a Boy: The Power of Connection to Build Good Men," a more healthy approach to masculinity is essential to the well-being of people of all genders.

“[W]e socialize boys in this inescapable Boyhood,” said Dr. Reichert in our interview for the latest episode of Inflection Point. “Much of what happens to males happens in boyhood and that boyhood has not been created by boys or for boys. It's really created for another purpose. And in that process of socializing boys into masculinity there are routine casualties and losses, including on an emotional level [and] on an educational level, in terms of health and so forth.”

Dr. Reichert is one of many voices in the psychological community demanding that we re-examine how we enforce traditional masculinity in our culture. Earlier this year, the American Psychological Association (APA) issued for the first time ever new guidelines to help psychologists work with men and boys. The introduction to the APA’s Guidelines for Psychological Practice With Boys and Men cites dark numbers:

Men commit 90 percent of homicides in the United States and represent 77 percent of homicide victims. They’re the demographic group most at risk of being victimized by violent crime. They are 3.5 times more likely than women to die by suicide, and their life expectancy is 4.9 years shorter than women’s. Boys are far more likely to be diagnosed with attention-deficit hyperactivity disorder than girls, and they face harsher punishments in school—especially boys of color.

“You know we have had 50 years of a movement on behalf of women and girls and really are becoming more and more adept at calling out sexist practices and language so that girls really can think of themselves as being freer to define what it means to be female,” Dr. Reichert told me. “But when it comes to boys, you know we still believe — and you'll still hear almost every day — that biology is destiny, that hormones rule, and that boys are a certain way simply because of their biology.”

It turns out that boys, like most humans, are really good at adapting to their environment — an environment we adults create for them. Dr. Reichert told me of a study by Stanford researcher Dr. Judy Chu, who embedded with a group of four-year-old boys and followed them for two years.

“As they absorbed and internalized the norms of masculinity that were circulating in their school in their families at age 4 . . . they changed . . . in a negative direction,” Dr. Reichert told me. “[T]hey started out being very direct, very authentic, very articulate about their needs and their feelings. They essentially went behind the mask and learned to play the part of what was expected of them as males. They changed their toys, they changed the way they dressed, they changed the way they talked and treated each other, and they even formed a mean team and began to harass girls.”

As many boys retreat further behind this mask, they get stuck in what Dr. Reichert other gender psychologists call the “Man Box,” a strict societal limitation of how men are expected to act and think. Throughout teen and young adulthood, the more men restrict themselves to the Man Box, the more likely they are to commit violence and develop addictions and mental illnesses like depression.

“It's a suffering that's not just externalized, it's internalized deeply as well, turned against themselves,” said Dr. Reichert.

So how can we help boys realize their full potential without sacrificing a part of themselves to the Man Box?

Dr. Reichert supports boys and educators by leading discussions in which they explore how some outdated notions of manhood undermine positive masculine qualities like strength, courage and resilience.

“How does a young man find courage? Is it by shutting down his feelings and asserting . . . this triumph of will over weakness and feeling? Or do we derive strength from being connected to our hearts and from being known and supported by other people? …[W]hat makes a human being resilient and strong and enduring?”

These are the questions, Dr. Reichert says, we should be helping all our children to answer, no matter their gender.

To find out how we can better support our kids as we shape their ideas about gender and healthy masculinity, listen to my conversation with Dr. Michael Reichert, author of "How to Raise a Boy" and co-founder of the Center for the Study of Boys' and Girls' Lives.