Please don't hug me: Why touching can be a touchy subject for people raised with trauma

It's not that I don't like you. But I learned from an early age that vulnerability is a liability, not a strength 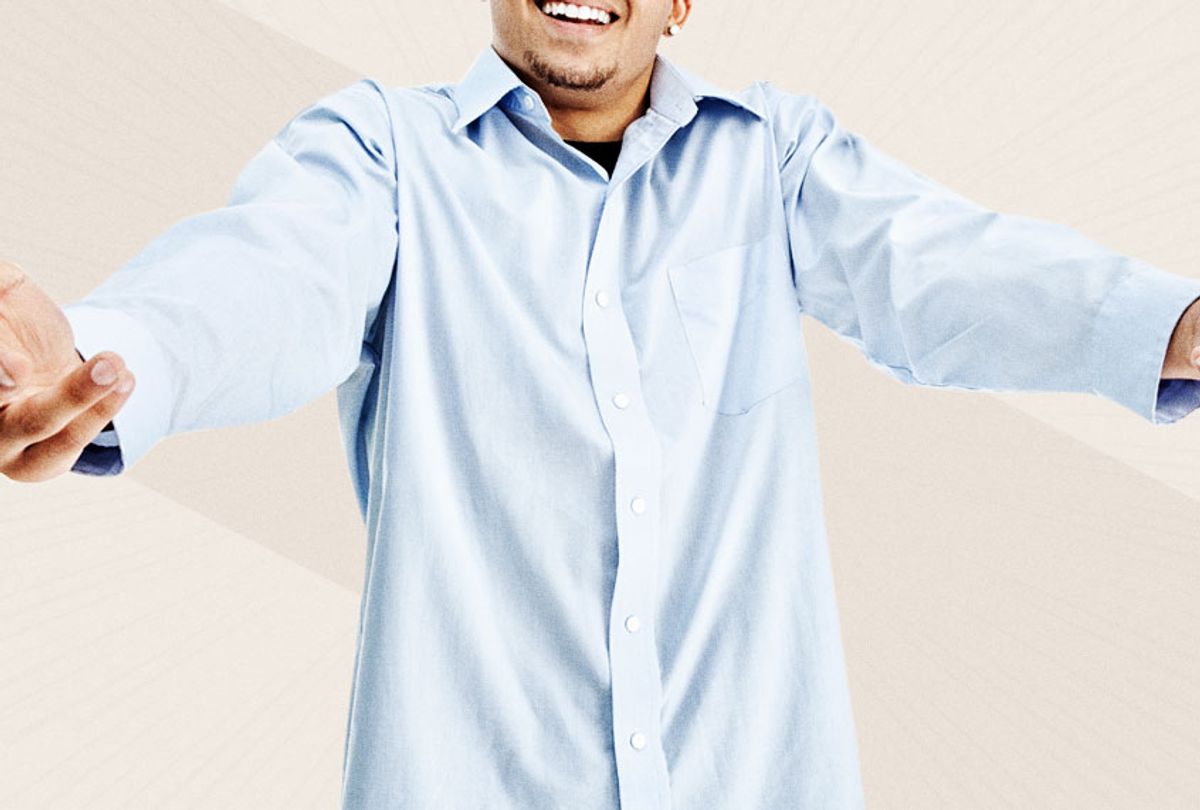 I don’t like to be touched. I don’t yell this in crowds, and I also don’t think I’m special. I don’t think I suffer from haphephobia, or haptephobia, or thixophobia, which all mean fear of touching or being touched; I just don’t like to be hugged, embraced, pulled, grabbed or bunched up  next to chatty rewards members on tight Southwest flights. But I never realized this about myself until my older cousin Don Don died.

Don Don — short for Darnell — was everything I wanted to be: tall, funny, had a perfect fade, could dunk on you backwards with both hands, a jump shooter, highly sought after by everybody on my block, and the owner of a 300 Z T Top with BBS rims. None of that mattered when Don Don was murdered in front of my house when I was 12 years old. A girl he casually dated had a boyfriend that he didn’t know about until the day he lost his life to that dude over her lies. Some were paralyzed at the sight of his still body, blood spilling in every direction, but my cousin and I tried to move him out of the street and up onto the sidewalk, but he was gone before the ambulance pulled up. Don Don’s murder sparked a vicious cycle of death in my neighborhood that unfortunately has not left.

The day after Don Don’s murder, family members from both sides showed up at my aunt's with large trays and buckets of fried chicken, syrupy sweet potatoes, macaroni and cheese, biscuits, muffins, pound cake, three types of cognac, vodka, too much beer and a couple of 40’s. Loss wasn’t really new to my big cousins, and they had figured out many ways to eat, drink, smoke and snort their pain away. Me, I was posted in the corner, fighting back a tear.

“Yeah I’m straight,” I replied with a stiff shrug.

I’m not even sure where the I’m straight lie came from, because clearly I wasn’t. I guess that was passed down as well.

The whole room of drinking, smoking and eating cousins erupted in laughter, giving me daps and praise like, “Lil D funny as I don’t know what, man!” and “My lil cousin a solider!” My defeated uncle didn’t buck back. He just slumped his shoulders and wandered away to another room.

As I grew up, that same uncle became a user, a manipulator, a thief and an abuser. I once had to pistol whip him when I was 16 as he choked one of my female friends. But at the time of Don Don's death, I didn’t know his addiction would lead to that. I was just a kid who didn’t want to be touched by him or anyone else.

I ate up the validation from my cousins, though, like they ate mounds of food in celebration of Don Don’s life. It all seemed normal. But was it?

My mom wasn’t a touchy-feely person, and in my family, boys who cried were called misogynistic and homophobic names. They were denied attention and never celebrated. The tougher kids bullied them, beat them, excluded them from ball games, took their toys, broke their toys, gave them last dibs on everything, including the TV channel. Worst of all, the boys who cried had to stay on the porch. They weren't seen as responsible enough to go to the store, so they couldn't pick out their own candy. They got the candy the tougher kids decided to give them, if they gave them any at all.

And at the four Korean grocery stores we faithfully supported in my east Baltimore neighborhood, real human interaction didn't even exist. We certainly never touched anyone who worked there. I knew they were all Korean-owned because I asked; I was that kind of kid. Each store had its own individual look, but they all sold similar products. And they all had one similar feature: bulletproof glass to separate the owners from their patrons. The glass was always thick, foggy and nicked up, probably from unsatisfied customers who stabbed, shot and beat on it in an effort to penetrate or scare the shop owners. Money, snacks and change were all exchanged through a roll-around as thick as the glass that separated our worlds.

I kind of understood the bulletproof glass because the crack era of the 90’s came with a lot of gunplay. Still, most of us weren’t killers, even though the shop owners treated us like we were. I guess they saw us as such, and that has never changed. My fifth grade girlfriend Konji, who always made me hold her hand when we walked up and down the block no matter how much I complained, took a summer cleaning job at the store on Ellwood near my house. She became friends with the store owner's daughter and still was never allowed on the other side of the glass.

I never had a problem with romantic intimacy — at least I don’t think I did — but I carried that don’t touch me mentality with me as I got older. Even now, I still give awkward church hugs with cuffed soldiers to my mom and sister.

If I could diagnose myself, I’d say rejecting male touch stemmed from the blanket of homophobia that wrapped my neighborhood, and rejecting female touch from nonsexual partners became a coping mechanism, a wall constructed with the purpose of showing the strong women around me that I didn’t need them, or nurturing of any kind that would add a layer of softness or vulnerability to my fictitious bulletproof exterior. I’d like to think that I have grown: I know that is false and have had many experiences outside of that reality by now. And yet, approaching marriage as a square dude on the wrong side of 30, I realize I still have a lot of self-work to do every time a hugger approaches me and I awkwardly respond with the cold church-hug embrace.

Hugs really don’t make me feel better. They don't make me feel anything at all. But I also understand that it’s not always about me; I hug to make other people who like hugs happy. Not those long hugs were you rock back in forth, of course, but quick ones out of respect. Still, I know that my reaction to touch isn’t normal, due the things it's represented in my life. It's a reflex connected to violence, to the absence of nurture I received as a kid, and to the ugliness that the cocktail of those things created inside of me. I’m trying to pull all of that ugly out of myself now. But removing all of the ugly I have accumulated isn’t a weekend mission. It’s going to take a lifetime of work.