But in a candid university lecture, the filmmaker explained the philosophy that has allowed him to move past the ba 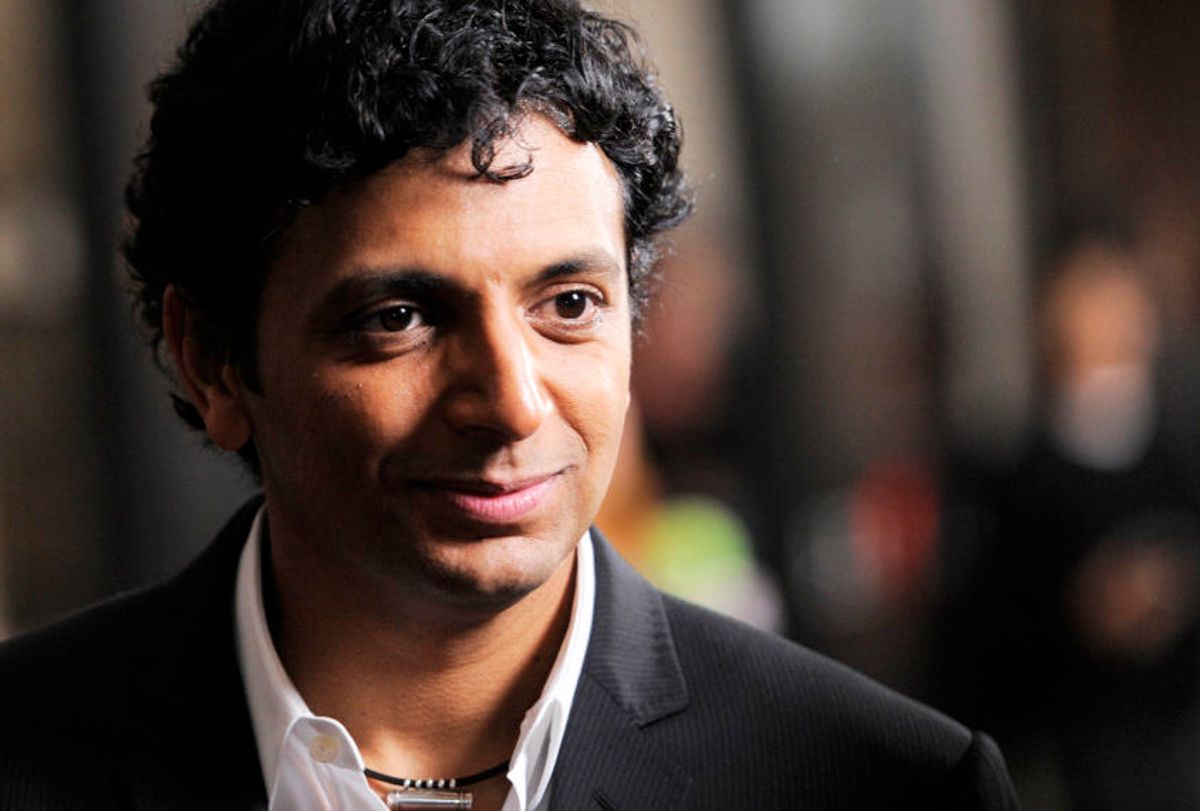 With the release of “Split,” M. Night Shyamalan saw hIs best reviews since the 1999 breakout “The Sixth Sense.” As the surprise sequel to 2000’s “Unbreakable,” the 2016 “Split” won over many critics who had become skeptical of his bumpy filmography. But when he completed his trilogy with the January 2109 release of “Glass,” Shyamalan found himself in a familiar place.

“I was in London when I heard the U.S. reviews for ‘Glass’ were poor,” Shyamalan told the NYU’s Stern School of Business, where he delivered the 2019 Ashok C. Sani Distinguished Scholar-in-Residence lecture April 16. “I was in a makeup chair for a TV show, and I cried.”

While “Glass” nearly $250 million worldwide, it landed the director some of his worst reviews (Rotten Tomatoes: 37%). The filmmaker has always been sensitive to criticism, but he also shared his personal ability to contend with the backlash, and offered advice for uncertain film students in the room.

Read more IndieWire: With 'Miss Bala' Bombing, This Weekend Will Be Remembered as a Super Blow

The lecture is named for the late real estate entrepreneur who graduated from NYU’s Stern School of Business; he also was the uncle of Shyamalan’s wife, Bhavana Vaswani. Over the course of his hourlong lecture, “The Struggle to Find Your Voice,” Shyamalan portrayed himself as a lifelong outsider, stretching back to his experiences as one of the few Indian-American students at a mostly white public school. He often veered into abstract observations about group dynamics and the challenges of maintaining individuality when faced with doubt. When it came to the recent reception for “Glass,” however, he turned to a specific anecdote.

“We’d just come back from the London screenings, which were through the roof,” he said. “We had only great screenings of the movie around the world. So essentially I wasn’t prepared. I had this false sense of being a part of the group in a safe way. But boy, did I feel distraught that day.”

Shyamalan’s career has been fraught with unreasonable expectations. After “The Sixth Sense” became a commercial phenomenon and an Oscar nominee, the filmmaker was on the cover of Newsweek with a headline proclaiming him the next Steven Spielberg. His attempt to make a sprawling fantasy epic with 2006’s “Lady in the Water” became an infamous catastrophe and the subject of a book detailing the dysfunctional shoot.

But Shyamalan has been nothing if not relentless in his pursuit to regain his stature as a major American filmmaker. The scrappy 2015 found-footage horror movie “The Visit” allowed him to deliver another commercial hit and solid reviews, opening the door for the massive success of “Split” one year later. Nevertheless, “Glass” brought him back to a familiar place — striving to reconcile his commercial success with a mixed reputation.

“Honestly, I was feeling like, ‘Will they never let me be different without throwing me on the garbage pile?’” Shyamalan said. “The feeling of worthlessness rushed me, and to be honest, it doesn’t ever really leave. But anyway, the film went on, right? It became number one in every country in the world, and it represents my beliefs.”

He hasn’t wasted any time moving on. Shyamalan is currently in production on the Apple series “Servant,” and developing a mysterious new feature called “Labor of Love.” In his lecture, the filmmaker acknowledged his sensitivity required a reality check.

Read more IndieWire: Milla Jovovich Stands Up Against Bad ‘Hellboy’ Reviews: ‘All My Raddest Films Have Been Slammed’

“I’ve had more success than anybody should be allowed to have,” he said. “I mean, everything I’ve ever written has been offered to be made into a movie, and my nine films that are original ideas have averaged $270 million each. I just think I can’t complain about anything. But I get tired.”

That feeling, he added, led him to accept directing gigs on “The Last Airbender” and “After Earth.” He regretted those choices. “I did a couple huge, big-budget CGI movies,” he said. “There has always been this inexorable pull to join the group, a constant seduction in the form of whatever you want to tally, in the form of money, or safety, ease, not getting criticized. I did these movies, and I rightfully got crushed, because they rightfully said, ‘You don’t believe in yourself, you don’t believe in your own voice, and in you don’t believe in your values.’ I felt really lost. It just didn’t work. There’s probably something Darwinian about all this.”

For “The Visit,” Shyamalan made the decision to begin investing in his own productions. “I pay for my movies now,” he said. “After this 10-year period of working at studios on junk movies, I was not happy.”

Regardless of Shyamalan’s current struggles with critics, he remains a singular voice in American cinema — and, as an NYU film school graduate, an inspiration to many students there. That much was evident during the Q&A session following his lecture, when he dispensed advice to several film production students who cited him as among their favorite directors. The evening ended with a rousing moment, when one student who said he was from Mexico asked Shyamalan for professional advice.

“What do you want to be?” Shyamalan asked. “Writer? Director?”

“Director,” the student said. “But that’s really hard to accomplish.”

Shyamalan shot back with a heated response. “Dude, I don’t like the way you talk, bro,” he said. “How can you tell me that it’s going to be hard? Do you see a lot of people like you writing stories? Give me a break, bro. That’s your strength, that you’re not like us. Go out there and tell your stories. Don’t go out there and try to be like Quentin or me or anybody else. We need you. Tell me what makes you angry, why you’re arrogant, or fearful, whatever it is. Don’t hide anything. Be honest. What is that thing that bothers you and makes you distinct? Everyone’s looking for you. A Mexican point of view to tell a story right now? I’m telling you, everybody wants that right now.”

The audience erupted into applause. “I desperately need you to tell your story in your way,” Shyamalan said. “You are essential.”