For Time's influential people list, the actress wrote an essay about the power of the woman behind Captain Marvel 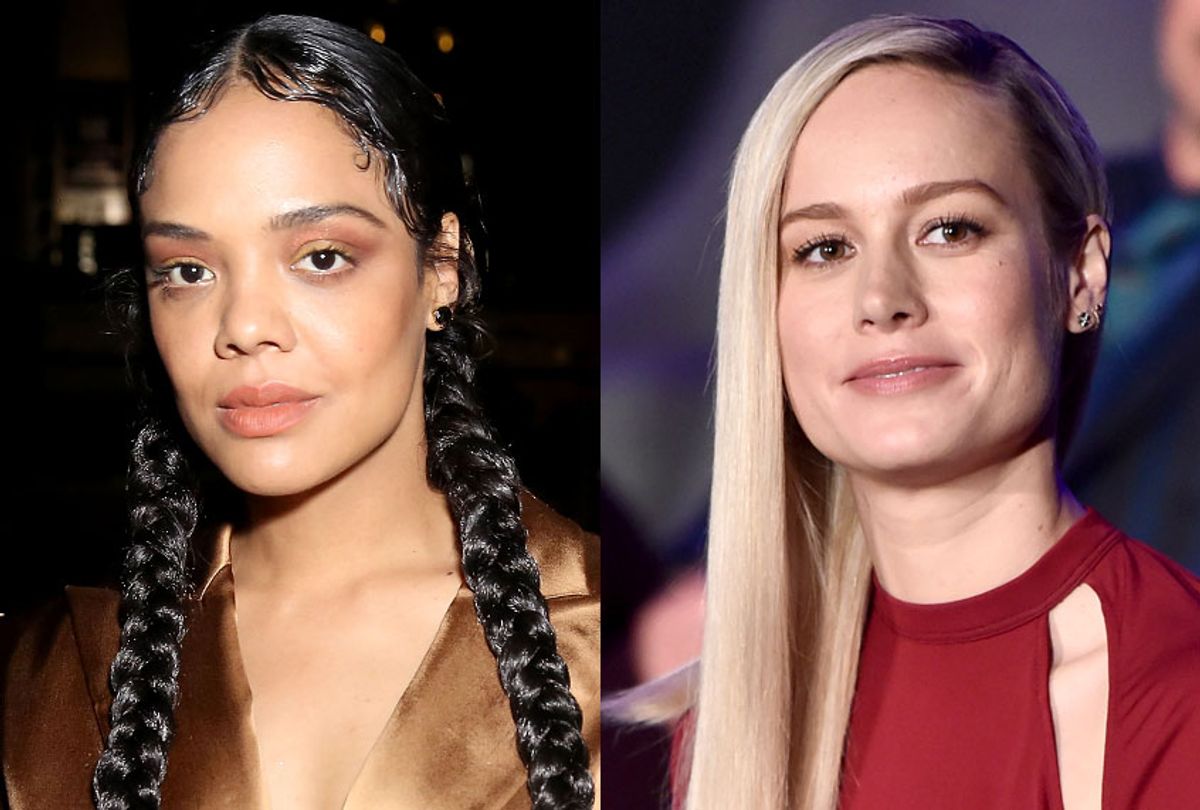 The most interesting part of any iteration of the “Time 100” — the magazine’s annual list of the top 100 “most influential people” in the world — isn’t who makes the list, but what is written about those who do (and who is tapped to write short, glowing essays about the honorees). This year is no different, as the magazine features a number of deeply personal essays from other big stars touting the power of the chosen honorees, including Marvel star Tessa Thompson writing about her MCU co-star Brie Larson.

In her essay, Thompson writes that Larson “is primed to be one of Marvel’s next big leaders at a time when women are breaking ceilings in all spaces. She is in a position to make real systemic change in Hollywood. I’m elated to see someone so pure of intention wield that power.” She added, “Her activism is an extension of who she is.”

Larson made headlines last year for calling out the gender imbalance within the film criticism world. While accepting an award at the 2018 Crystal + Lucy Awards, Larson called the lack of equal representation among critics an “issue that’s been bubbling.”

Her assertion that “there is an insanely low chance a woman of color will have a chance to see your movie and review your movie” is backed up by recent research from USC’s Annenberg Inclusion Initiative, which found that only 22.2 percent of 2017 reviews for the top-grossing films were written by women, while critics from underrepresented racial and ethnic backgrounds represented only 18 percent.

Thompson also wrote that her “Avengers: Endgame” co-star “is a warrior on- and offscreen. When she’s not shattering records and stereotypes as Captain Marvel in Marvel Studios’ first female-led superhero movie — which has made more than $1 billion at the global box office — she’s fighting fiercely for gender equality, inclusivity and an end to sexual harassment in the workplace.”

Earlier this year, when it came time to embark on the press tour for “Captain Marvel,” Larson was committed to making sure that opportunities afforded to journalists were as inclusive as possible. She was also an early member of the Time’s Up movement in Hollywood, and Larson frequently uses her platform to speak out for the same issues that Thompson mentions in her own essay.

Thompson isn’t the only MCU star who supports Larson’s efforts for more inclusive spaces. “Captain Marvel” co-star Samuel L. Jackson told IndieWire in March, “It’s good that she did it, and it’s good that she said it, and I guess it made me more aware.”

Read Thompson’s entire essay about her Marvel co-star right here. Plus, you can check out the entire TIME 100 list right here, plus see the six different covers the magazine made for this special package.