When finding a mate, intelligence matters to female parakeets 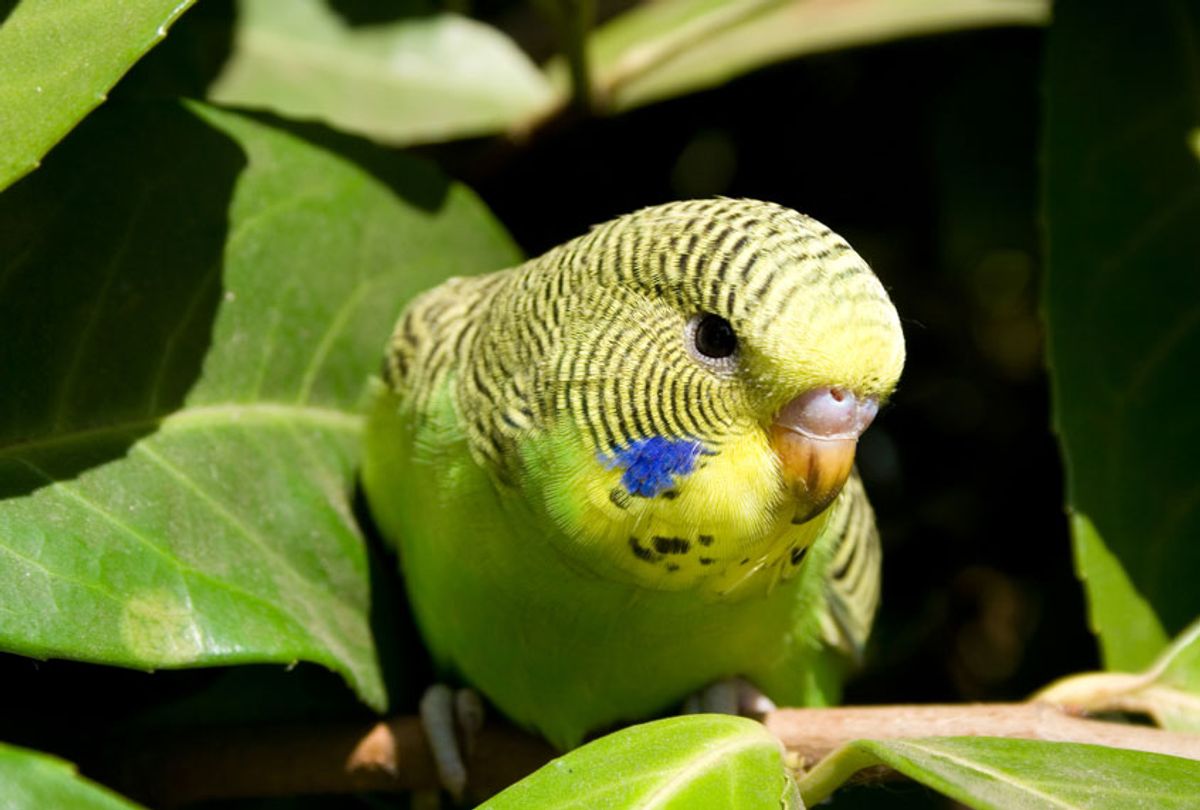 “Survival of the fittest” can’t explain all animal traits. Take bright-colored patterns or bird songs, for example. If anything, these should make animals more obvious prey. There’s another explanation for ostentatious colors and loud singing though. Female mating preferences are an essential driver of evolution, and a recent paper has revealed the first direct link (in a non-human species) between female mating preference and intelligence.

According to the research, published in the journal Science, female budgerigars (or budgies), small, colorful parrots native to Australia, prefer spending time with males that can solve puzzles. This evidence that female birds can and do assess male cleverness when selecting mates confirms an important hypothesis that Charles Darwin made back when he first proposed the theory of evolution.

Producing babies and taking care of them requires a lot of time and energy, for female animals in particular (at least in most species), so it is in their best interest to find a mate that will help produce the best possible offspring. Females can use cues like complex songs and feather color to see how healthy, clever, and well-fed a potential mate is, indicating that he is more likely to have healthy, clever, and well-fed children. Over generations, this will lead to animals with brighter feathers and better songs, since the best birds will have more offspring that will inherit their attractive traits and continue passing them on.

This idea - which Charles Darwin called intersexual selection or mate choice - is one of the main drivers of evolution, and can explain some of the most impressive traits in the animal kingdom, from peacock feathers, to lions’ manes, to dancing spiders. The most impressive trait where it may have played a role, however, is in the evolution of intelligence. Darwin thought that this was quite likely because intelligent mates could take better care of their partners and offspring, and because the brain is so complex that any genetic or developmental issues are likely to be apparent in the brain’s ability to function.

This idea that female animals would prefer smarter mates seems simple, but it is actually quite challenging to test, for a number of reasons. First, it’s hard for us as humans to compare the intelligence of different animals; all species have different types of tasks they particularly excel at, so we need specially tailored tests for every species. Second, even if we can tell that a certain male is smarter than another, it’s hard to tell if that intelligence is what a female is basing her mating decisions on. The new study, conducted by researchers at Leiden University in the Netherlands and the Chinese Academy of Sciences, came up with an ingenious solution to both of these issues; instead of just trying to find smarter or dumber birds, the scientists trained birds to solve a “puzzle box” to get food, a skill which the birds could then show off to the female.

First, they showed a female budgie two different male budgies, and looked at who she spent more time with as a way to tell who she liked better. Then they took her less-preferred male and trained him to solve the puzzle box. A few days later, the female could watch her favorite male struggle and fail to solve the puzzle while her formerly less-preferred male figured it out. When they tested her preference again after that demonstration, she spent more time with the puzzle solver. This shows that the puzzle-solving specifically is what made her change her mind.

They also tested females on a version of this experiment where she could see her less-preferred male eating seeds without having to solve any puzzles while her preferred male didn’t get any seeds. Without the puzzle box component, this didn’t change the female’s mind, suggesting that she wasn’t just paying attention to who was eating, she was paying attention to how they got the seeds. To be sure that this preference was a mating preference and not just friendliness or curiosity on the part of the female, they also tested her preference with a pair of female demonstrators; the test female wasn’t swayed by the puzzle-solving in this situation, suggesting that she is specifically interested in potential mates’ puzzle-solving skills. Unfortunately, this still doesn’t rule out the possibility that the male solving the puzzle didn’t show off some other skill (like strength in lifting the lid in the final step) that swayed the female, rather than intelligence. That said, this is the best evidence to date that non-human animals prefer smarter mates.

Armed with the knowledge that female budgies prefer clever mates, there are a few more key questions to answer in order to complete our understanding of Darwin’s mate choice theory. We need evidence that smarter mates are actually better mates, and that females do base mating decisions on the intelligence of males in the wild. A number of studies have shown that different traits linked to intelligence (like brain size) can be passed down genetically, which lends support to the first remaining idea. More studies are needed on different species both in controlled lab settings and in the wild to assess the extent to which mate choice and intelligence are linked in a broader context.