Gunn will direct a new "Suicide Squad" movie for Warner Bros. before making his return to the MCU 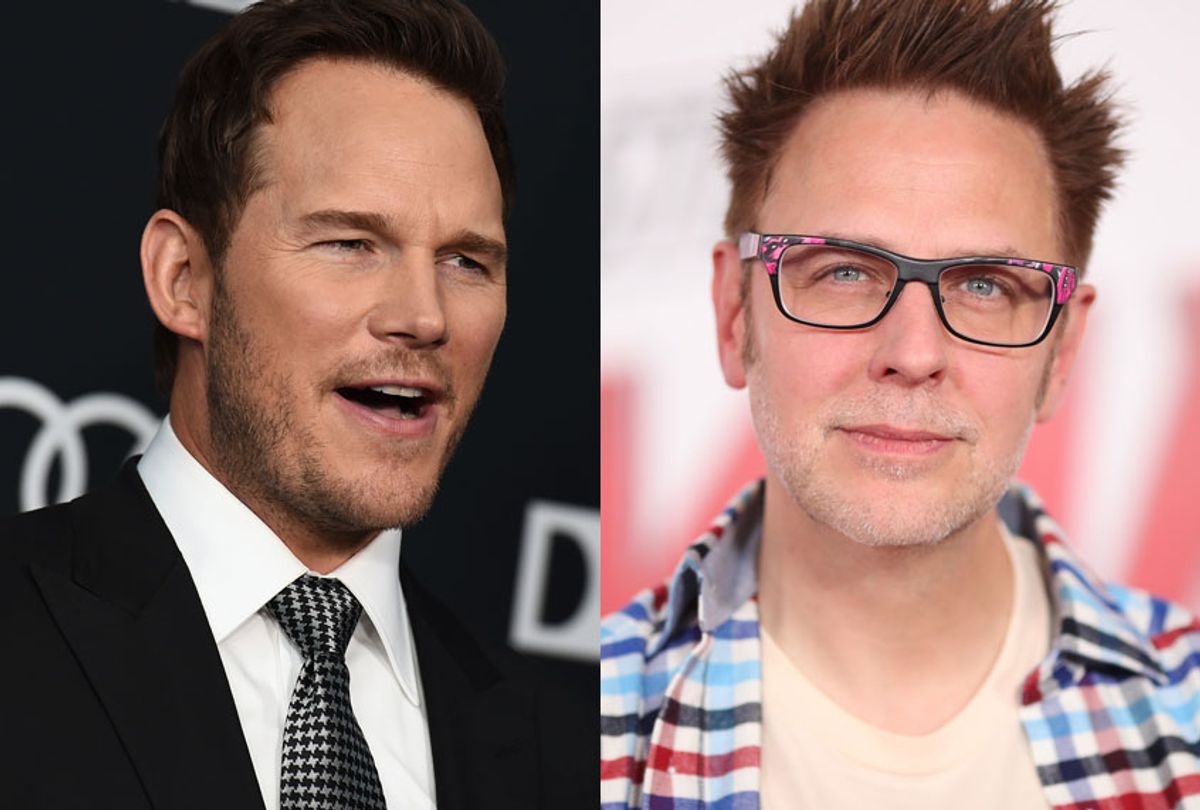 Less than a month after Zoe Saldana came forward to praise Disney for rehiring James Gunn as the director of “Guardians of the Galaxy Vol. 3,” Chris Prattfinally weighed in on the director’s return while talking to People magazine on the “Avengers: Endgame” world premiere red carpet. Pratt had originally signed an open letter with his “Guardians” cast members urging Disney to reconsider Gunn’s firing. The director was officially reinstated by Disney on March 15.

“I was so thrilled, so excited,” Pratt said about Gunn’s rehiring. “I think it’s the right move, I really stand behind it. I’m really proud of Disney for hiring James back and ultimately thrilled for not only us, but also for the fans. I think it’s going to wrap up the trilogy in the best way.”

Saldana shared similar thoughts to Entertainment Tonight in March, saying, “I’m proud of him. I’m happy that he’s coming back. I’m so proud of Disney, actually, that all the leaders right now behind that big corporation decided to lead by example, and spreading the word and the message of redemption is important.”

Gunn had been developing “Guardians Vol. 3” when controversial jokes he made on twitter from over a decade ago resurfaced online. Disney reacted by severing ties with him. Pratt said at the time  that news of Gunn’s firing was so shocking that he canceled press appearances for “The Lego Movie 2” so that he would not have to talk about it. Disney was always expected to use Gunn’s script and eventually came around to letting Gunn return in a director’s capacity.

“Guardians of the Galaxy Vol. 3” is expected to be a part of the fourth phase of the Marvel Cinematic Universe. In between Gunn’s firing and return, the writer-director was hired by Warner Bros. to helm a new “Suicide Squad” as part of the DC Extended Universe. Gunn will first handle that project before returning to the MCU with his next “Guardians” movie. Pratt, meanwhile, may or may not appear in “Avengers: Endgame.” The actor’s MCU character Star Lord was one of the superheroes who died at the end of “Infinity War.” Disney is releasing “Endgame” in theaters nationwide April 26.