"Deadwood: The Movie" trailer: Timothy Olyphant and Ian McShane back for more shootin’ and swearin' 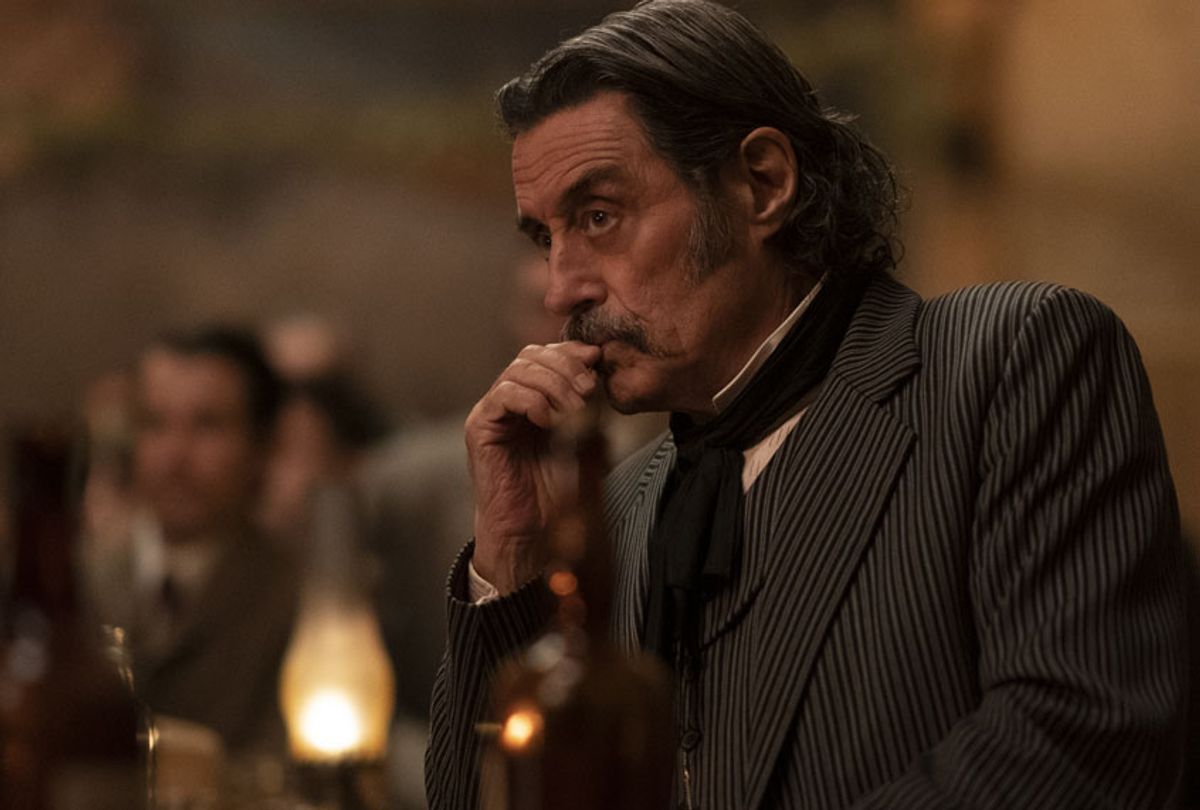 When last we saw footage from the upcoming “Deadwood: The Movie,” it almost seemed designed to reassure fans that yes, this is actually a thing that’s happening. (Look, here’s Ian McShane with a two-day shadow and Timothy Olyphant in a floor-length overcoat! They’re back!)

Now that the HBO Films Event (their words) is just over a month beyond the horizon, the network released a trailer that hints a little more strongly at how things may shake out in South Dakota. While McShane and Olyphant look to figure prominently in this feature-length culmination of the HBO series, it’s Gerald McRaney’s George Hearst that seems to be the main catalyst for the drama to come.

That builds on the network’s official summary of the film, which explains that “the indelible characters of the show are reunited after a decade to celebrate South Dakota’s statehood. Former rivalries are reignited, alliances are tested and old wounds reopened as all are left to navigate the inevitable changes that modernity and time have wrought.”

Without revealing many details, the trailer is still a collection of much of what fans saw during the three seasons the original TV series was on the air: bloody hands, threateningly aimed pistols, Al Swearingen’s expletive of choice, increasingly elaborate facial hair choices. The returning ensemble also includes Kim Dickens, John Hawkes, W. Earl Brown, Molly Parker, and Robin Weigert.

Daniel Minahan, a veteran HBO director who headed up four “Deadwood” episodes before going on to shows like “True Blood” and “Game of Thrones,” will be behind the camera for this feature-length event. The script comes from series creator David Milch.

Watch the full trailer (which sadly does not involve Al describing his love of “Atlanta”) below: