Bring on the stretchy pants 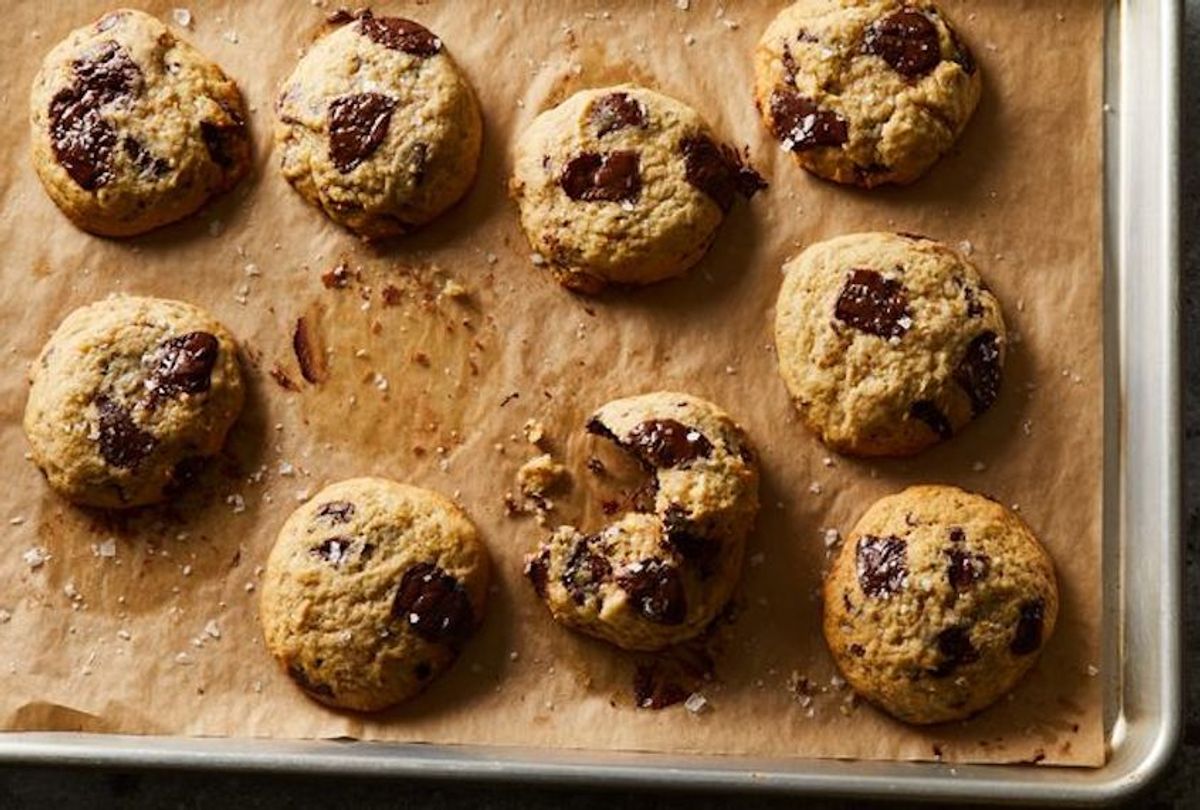 Before I was a food writer, I worked in finance.

In my office, there was a taupe filing cabinet in the middle of an area we called the bullpen, which was a collection of about a dozen cubicles. Ostensibly, the waist-high filing cabinet had drawers that contained important things. Pitch books, maybe. I have vague memories of people walking over to it, bending over to peer inside, and interacting with those important things. It's possible I was, at one point or another, one of those people.

But what I really remember is what sat on top of the cabinet: snacks.

On a good day, that meant the spoils of some high-spirited journeyer's jaunt to the Walgreens downstairs: cheesy crackers, sourdough pretzels, an M&M varietal. On a bad day, there could be anything from zero snacks, to a single stale bread roll missing a bite from someone's delivery dinner the night prior. On a neutral day, the snack cabinet might proffer a colleague's kid's leftover Halloween candy, or the remnants of sandwiches from a catered lunch meeting.

But on the absolute best days? A baked good, sent expressly from parents.

There were Matt's mom's loaf cakes — the lemon poppy so delightfully acerbic, it could make a grown man cry (or at a minimum, bolt out from his office during an important call to grab a slice before it disappeared). There were the dense blondies Andy's family would send up from Florida a few times each year.

And then there were the banana chocolate chip cookies from Danny's mom, Lisa, that forever changed my cookie game.

It only took a bite to realize that my entire life, up until that moment, had been a lie: banana bread and chocolate chip cookies so didn't need to be two separate things. A second bite confirmed: The whole was far greater than the sum of its parts. (And the third bite brought forth a request to Danny that I might transport a few cookies back to my own desk for private enjoyment.)

While neither Danny nor I still have seats in the bullpen, Lisa was kind enough to share her recipe in case we come down with a craving. I've adapted it here slightly, so these lean even further into banana-bread territory (soft cookie lovers, rejoice!). Lisa's recipe is itself an adaptation from the one on Life, Love & Sugar (she tweaked it to make the base more like her go-to chocolate chip cookie dough).

"I give a lot of recipes a try," says Lisa. "Some are 'one and done' and others are 'keepers.' Everyone decided this was a keeper."

I've tried to hack Lisa's version every which way: brown butter instead of plain, alt flour substitutions, no chocolate (gasp) — but this version, with ingredient proportions close to her originals, is always best. It produces pillowy, deeply banana-y specimens that are even better right out of the oven than they are eaten over a metal filing cabinet, crumbs falling onto some stack of important things.