"Game of Thrones" battlefield bravery: Tiny Lyanna Mormont did not refuse the call

Spoilers ahead! Let all of the Seven Kingdoms honor the lady of Bear Island, the North's fiercest warrior 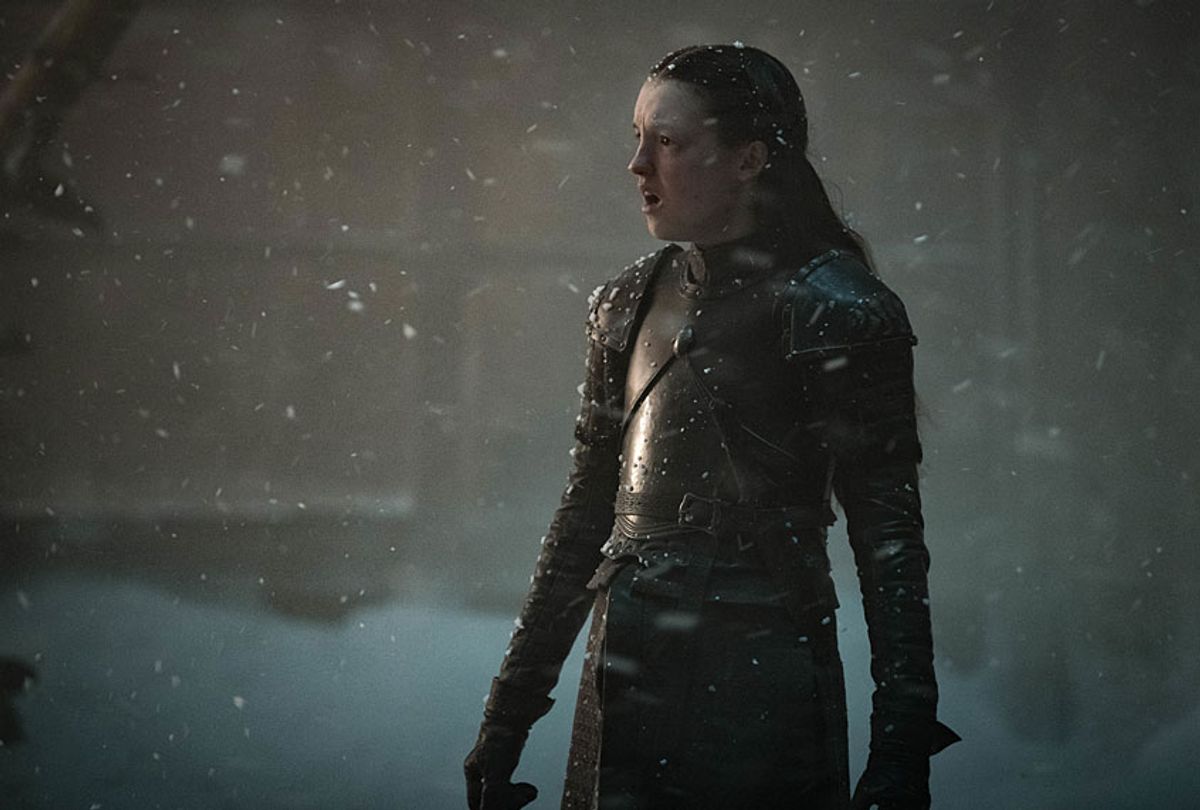 Spoilers ahead for "Game of Thrones" episode 3, season 8. You've been warned! Stop reading now if you don't want to know.

The long-awaited Battle of Winterfell, in which the living fought the dead, happened Sunday night and it was nothing short of iconic. If you're not caught up and for some strange reason still on the Internet, stop reading immediately, because major spoilers lie ahead.

Of course, everyone is talking about the brilliance of Arya Stark, who single-handedly killed the Night King and thus incinerated the White Walkers and the Army of the Dead, including all of the Northerners who were revived by him after falling in battle. But we would be remiss if we did not take adequate time and space to honor the extreme bravery of Lady Lyanna Mormont (Bella Ramsey) of Bear Island.

Back in Season 7, as Jon Snow was organizing the North to prepare to face the imminent dead, a petite Lyanna Mormont — the ranking member of House Mormont, despite her tender age, after her elders perished — warned the other houses that she would not be relegated to the sidelines. "I don’t plan on knitting by the fire while men fight for me. I might be small," she said, "and I might be a girl, but I am every bit as much a Northerner as you." She also pledged to train every man, woman, boy and girl, from Bear Island for the upcoming battle.

Lady Mormont made the North proud. Once the Army of the Dead had defeated the Dothraki and many rows of the Unsullied, using their undead bodies to forge the fire in the trenches before breaching the walls of Winterfell, Lyanna stood just inside the gate as terrified Northerners retreated back into the castle for cover. And when the undead giant proceeded to wreak effortless and absolute havoc on those in the courtyard, it was Lyanna Mormont — a fraction of his size — who stormed at him, screaming and charging with the ferocity of a giant herself.

The giant plucked Lyanna from the ground and squeezed the life out of her as he brought her small slim body toward his mouth. Yet in her final act, Lyanna mustered the energy and strength and focus to stab the giant in the eye with her dragonglass dagger, felling the threat to Winterfell's people and walls with one blow. His massive frame crumbled to the ground. This courageous sacrifice of Lyanna — now known forever as the Giant Slayer — saved countless Northerners and exemplified heroism far more than many of the men who fought alongside her in "The Long Night." (I'm talking about you, the Hound . . . Sam . . .  even Jon Snow!)

Lyanna's size has never been representative of her guts. She may not have been a central character to the plot line in "Game of Thrones," but she was by far the bravest. At just 10 years old, she stepped in to rule Bear Island following her mother's death, who was also a great warrior who died fighting for Robb Stark in the War of the Five Kings. In a world that constantly struggles to see women, never mind girls, as great leaders, Lyanna bucked gender norms and the status quo, never letting those who underestimated her define her actions or quell her voice.

Lyanna wasn't just incredibly brave, she was also astonishingly loyal. She, and as a byproduct of her leadership, Bear Island, never once turned its back on the Starks and the fight for Northern sovereignty. When Stannis Baratheon ventured North and demanded noble houses join him in his war for the Iron Throne, Lyanna swiftly returned his order, informing him that she and House Mormont "know no other king but the King in the North, whose name is Stark."

This loyalty ran so deep that even after so many from Bear Island were slaughtered at the Red Wedding, when Jon and Sansa came knocking ahead of the Battle of the Bastards, hoping to reclaim Winterfell from that dumpster fire of a human being Ramsay Bolton, it was Lyanna Mormont who pledged her warriors again. "House Mormont has kept faith with House Stark for 1,000 years," she stated. "We will not break faith today."

Bear Island had only 62 fighters to give, but as Lyanna told Jon, "We are not a large house, but we are a proud one. And every man from Bear Island fights with the strength of ten mainlanders." Every girl, too.

I'm sure to Ramsay, it was up for debate which was more frightening: the knights of the Vale swooping in at the last minute to win the battle for the Starks, or Lyanna Mormont's legendary scowl, as she met Ramsay, alongside Jon and Sansa, ahead of the fight.

It was also Lyanna Mormont who called out the other Northern houses for "refusing the call" and was the first to proclaim Jon Snow as King in the North after they took back Winterfell:

"Your son was butchered at the Red Wedding, Lord Manderly, but you refused the call. You swore allegiance to House Stark, Lord Glover, but in their hour of greatest need, you refused the call. And you, Lord Cerwyn, your father was skinned alive by Ramsay Bolton. Still, you refused the call. But House Mormont remembers. The North remembers! We know no king, but the King in the North whose name is Stark! I don't care if he's a bastard; Ned Stark's blood runs through his veins. He's my king, from this day, until his last day!"

Lyanna Mormont fought for the North until literally her last breath. In fact, with her and Ser Jorah's deaths, the entire noble House Mormont leadership was decimated in the Battle of Winterfell. But as you spend this week correctly praising Arya for slaying the Night King, don't forget the other hero of the Battle of Winterfell, the Giant Slayer herself. No matter the outcome at King's Landing — as the North prepares for the Last War against Cersei Lannister — Samwell Tarly had better start archiving, because Lyanna Mormont's courage, unparalleled and sound leadership, and all around fierceness deserve to go down as legendary in Westerosi history.