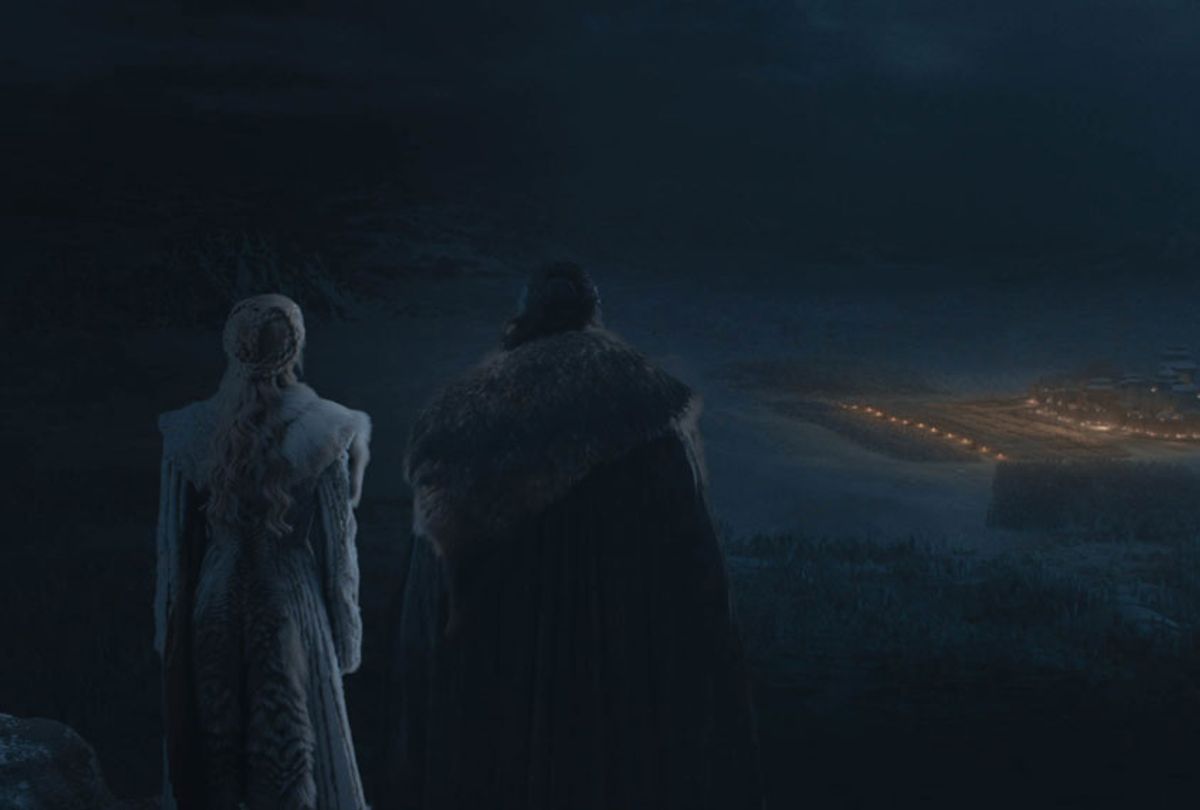 Is the lighting on “Game of Thrones” too dark and making it hard for viewers to watch what’s happening onscreen? It was a question asked by IndieWire after the final season’s premiere episode and it’s one that has only gotten more attention following “The Long Night,” the 80-minute episode that depicted the Battle of Winterfell. Many “Thrones” fans took to social media during the battle episode to complain about the darkly lit cinematography making it impossible to see. However, “Thrones” cinematographer Fabian Wagner is defending his work in various new interviews.

In one conversation with Wired, Wagner suggests the problem might be with viewers’ television settings and not with the actual cinematography of the show. “A lot of the problem is that a lot of people don’t know how to tune their TVs properly,” he said. “A lot of people also, unfortunately, watch it on small iPads, which in no way can do justice to a show like that anyway.”

Wagner won’t deny the cinematography for “The Long Night” was on the darker side of the color spectrum, but he says the decision not to overuse lighting on the nighttime battlefield was intentional. “Another look would have been wrong,” the DP said. “Everything we wanted people to see is there.”

As Wagner explained to Vanity Fair, his goal for the look of the Battle of Winterfell was to match the evolution from darkness to light of the characters’ journeys from struggle to victory. By going dark, the use of fire popped even more as a visual symbol for hope (see the sweeping image of the Dothraki swords being lit on fire as an example). The intention was to have the lighting in the show “evolve” throughout the battle to make the “storytelling of the lighting evolve with the storytelling of the characters.”

Read more IndieWire: All Hail Cersei the Loathsome! 'Game of Thrones' Was Always Going to End This Way

A spokesperson for HBO told Motherboard “there were not issues across any of HBO’s platforms” when asked if the network was to blame for what some viewers felt was poor exhibition of the episode. Wagner has shot many “Thrones” episodes with acclaimed director Miguel Sapochnik, including “Battle of the Bastards.” Both gentleman will be back for one final “Thrones” installment as the director and DP of the series’ penultimate episode.

The final season of “Game of Thrones” continues Sundays at 9pm ET on HBO.