A new study in Science Advances looks at the unintended harm smog-reducing plan did to bordering regions. 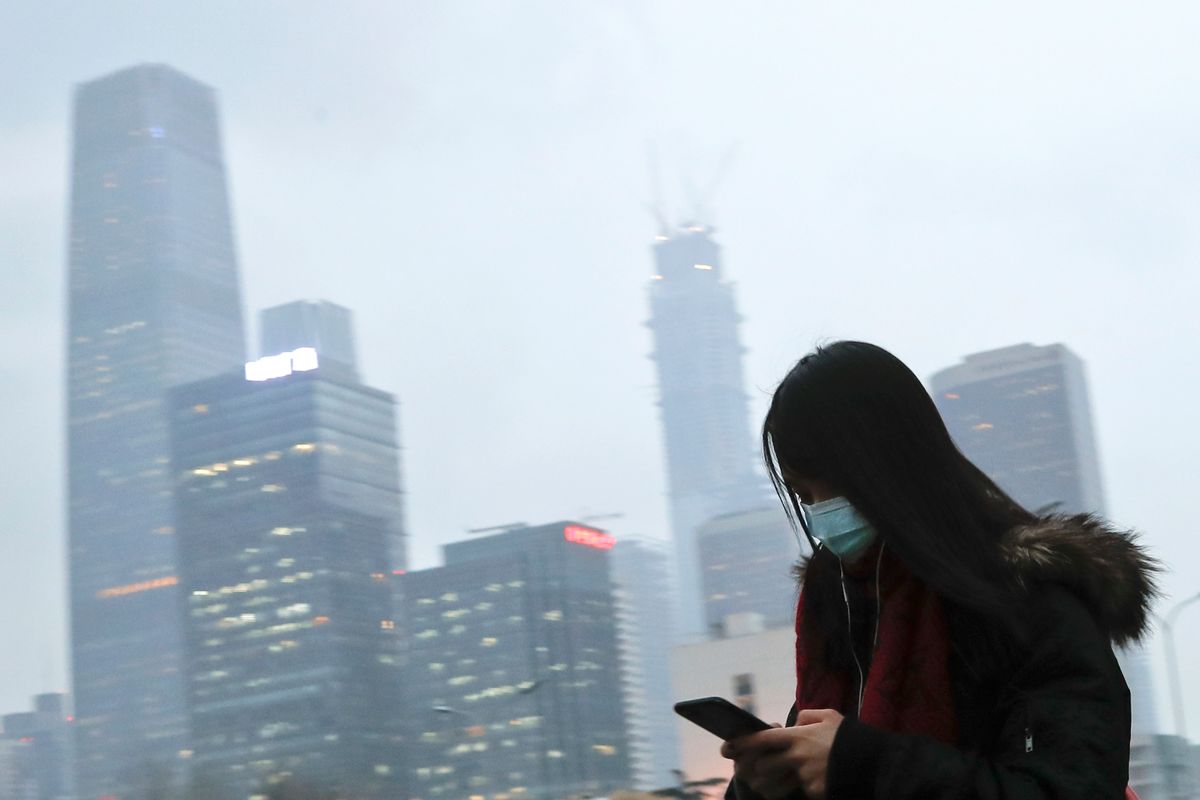 In this Feb. 21, 2017 photo, a woman wearing a mask walks to a subway station during the evening rush hour in Beijing. Yet the city’s average reading of the tiny particulate matter PM2.5 - considered a good gauge of air pollution - is still seven times what the World Health Organization considers safe. A group of Chinese lawyers is suing the governments of Beijing and its surrounding areas for not doing enough to get rid of the smog. (AP Photo/Andy Wong) (AP)
--

The Beijing air was so polluted, you couldn’t see to the other side of the street. Thousands of parents and children overflowed the hospitals, and rows of babieswere hooked up to machines, suffering from respiratory issues. If you zoomed out on a map, the smog cloud covered one-sixth of the entire country.

It was 2013, and the particulate matter in China’s air, often bad, had gone off the charts into a full-on “airpocalypse,” due to increases in iron and steel production, diesel trucking, and coal-fired energy production.

“A ‘normal bad’ pollution day is like a rating of 160. I think [one] day the rating was above 600,” said Anthony Singleterry, a Seattle resident who was living in Beijing at the time.

In response to the pollution, the Chinese government quickly drafted and launched a plan to mitigate smog in its big cities. It set aggressive clean air goals for the capital region, and met them, too: By 2017, particulate air pollution in the area was reduced by 25 percent.

But, as a team of Chinese and international scientists found, that quick pursuit of cleaner air for cities meant outsourcing much of the country’s coal-based energy production, and with it the air pollution, to poorer neighboring regions.

A new study in Science Advances looks at the unintended harm the plan did to bordering regions.

The study found that the plan actually increased particulate pollution and carbon emissions nationwide. It also resulted in increased water scarcity in the more rural provinces, which are now providing water to the coal plants. Overall, the study said, these measures may just be passing off pollution problems to less-developed regions of the country.

Some smog from these new power plants in neighboring areas will also travel back to the cities, canceling out some of the gains made in reaching the 25 percent pollution reduction goal.

“Especially with an issue like air pollution, it’s not the smartest scientific approach to these problems,” Chris Nielsen, executive director of the Harvard-China Project, told Grist and added that policies should be more holistic and long-term. “Chinese environmental air pollution policies can be overly narrow, both in their spatial focus and environmental focus by being single-pollutant driven.”

Nielsen said there is a benefit, though, to the Chinese government in setting such narrow targets: They are easily measured, and easily communicated to the public. Multi-faceted environmental policy takes “messy, complicated science,” he said. “So it’s hard to explain what you’re chasing.”

“The challenge is that without a broader coordinated strategy, there’s these really big problems of leakage — of pollution just moving around,” Cushing said.

After a 2018 study found California had significantly lowered emissions statewide, but at the expense of poorer communities, the state developed its own environmental justice tool to map pollution by county, and show the areas where people are particularly vulnerable to its effects.

The China study is important, Cushing said, because it not only sheds light on the spillover effect; it shows how unintended consequences can impact water and climate, too.

Since meeting its initial goals set after the “airpocalypse” for 2017, China has rolled out a new climate plan that is a bit more comprehensive. Its name translates to: “Action Plan for Winning the Blue Sky War.” No city in China yet meets the World Health Organization’s recommended particulate levels, so the new policy expands air pollution goals to all cities, rather than just those in the capital region.

Since 2013, the Chinese government also restructured its environmental policy staff. Climate policy used to be under the economic and development commission, and now it has its own branch. This was done, according to Nielsen, to allow scientists to coordinate more closely with government officials on policy.

“It’s evidence that the government recognizes, at least to some degree, what is described in this paper,” Nielsen said.