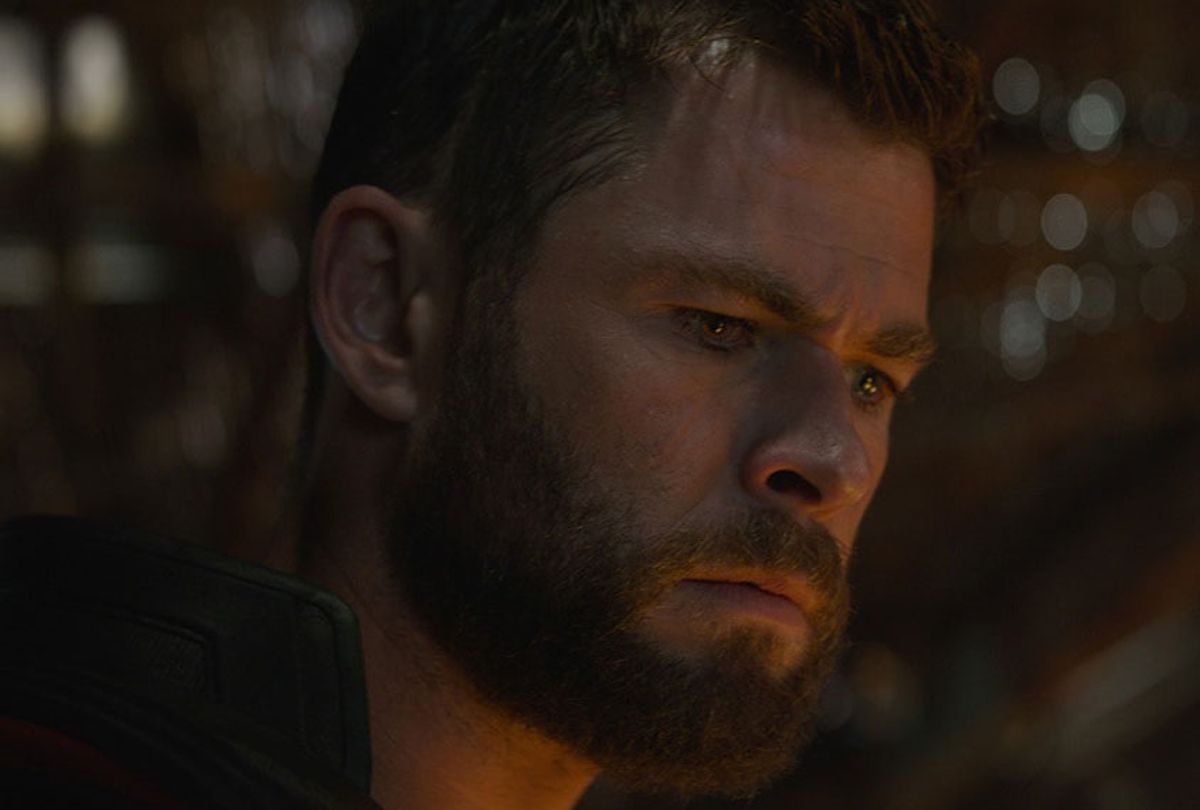 “Avengers: Endgame” may be one of the longest blockbusters in recent memory with its three hour runtime, but even at 181 minutes not everything directors Joe and Anthony Russo shot made the cut. The brothers recently revealed to Entertainment Weekly an improvised bit between Chris Hemsworth and Tessa Thompson was cut from the end of the movie for the sake of keeping the film tight. The moment took place during the scene in which Thor (Hemsworth) names Valkyrie (Thompson) queen of the Asgardian people before taking off to space with the Guardians of the Galaxy.

“In the ending, we wanted to keep it tight, so we were looking for things to squeeze there,” Anthony Russo said. “But [Thor] had this beat with Valkryie where she puts her arm on his shoulder and he sort of starts to lean in for a kiss. She goes, ‘What are you doing?’ [Thor responds,] ‘Oh, I thought that touch…’ and she was like, ‘No, that was, like, a goodbye tap I was giving you.’ It was a really funny beat, but we cut it.”

Joe Russo added, “It was really cute. And it was mostly improvised by the two of them, so it was very funny.”

Sounds like the moment channeled the humorous chemistry between Hemsworth and Thompson that helped make “Thor: Ragnarok” a fan favorite in the MCU. The two actors are paired once again on the big screen in the upcoming “Men in Black: International,” in theaters nationwide June 14 from Sony Pictures. As for the MCU, Thompson’s future as Valkyrie remains unclear. With Thor jetting off with Star Lord, Rocket, and more, it appears there won’t be a new “Thor” movie any time soon but that the character will play a role in James Gunn’s “Guardians of the Galaxy Vol. 3.”

Even if there are no plans for a “Thor” sequel at the moment, one could still arrive after the next “Guardians” movie. Thompson teased as much earlier this year when she shared that early development on a new “Thor” movie has quietly begun at Marvel.

“I heard that a pitch has happened for [another “Thor” film],” Thompson said. “I don’t know how real that intel is, but I hear that the pitch has happened. I think the idea is Taika [Waititi, who directed ‘Ragnarok’] would come back.”

Read more IndieWire: What If Netflix Released a $700 Million Blockbuster and No One Noticed? Oh Wait, It Just Did