"When We All Fall Asleep, Where Do We Go?" is like no place you’ve been before, because she hadn't invented it yet 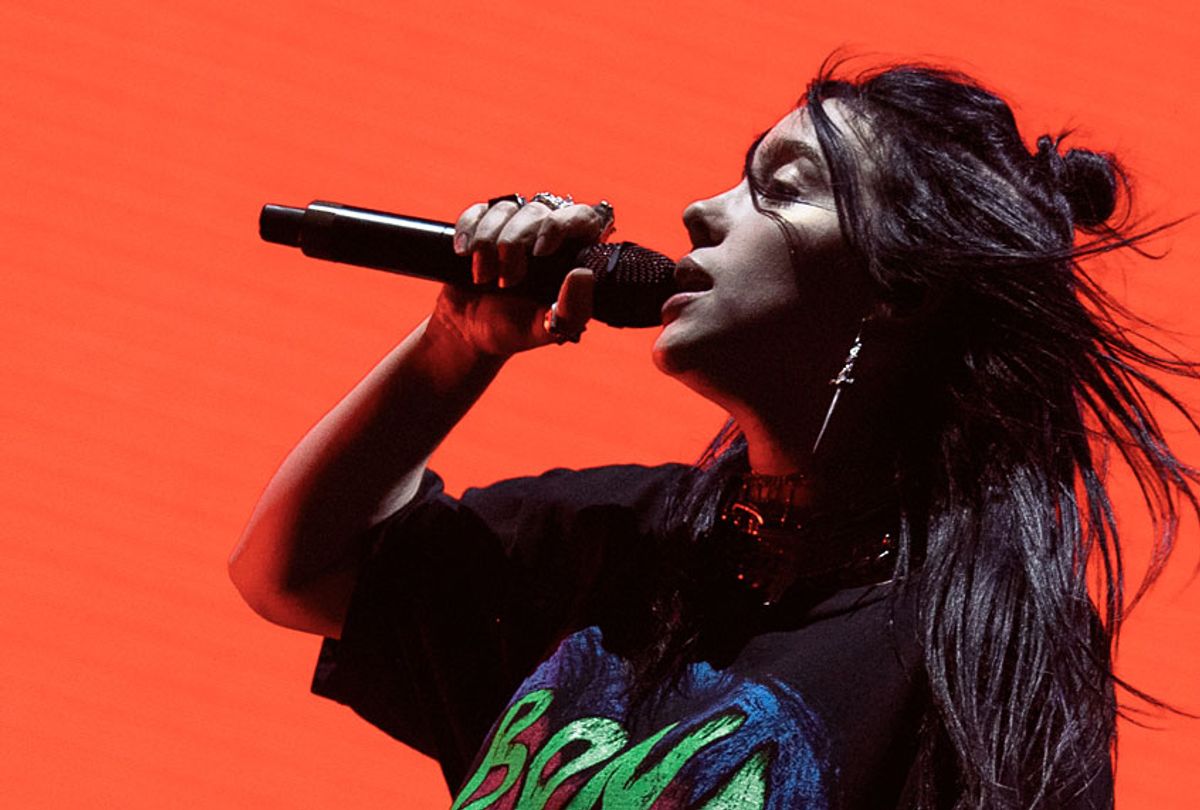 With her debut album "When We All Fall Asleep, Where Do We Go?," Billie Eilish has staked her claim as the reigning queen of electropop. At 17 years old, Eilish has been variously called out for being precocious and the poster child for late-adolescent angst.

But in truth, she’s nothing of the sort. Released in late March, "When We All Fall Asleep, Where Do We Go?" is a deftly plotted album — an old school LP in every sense of the phrase. Working with her producer-songwriter brother Finneas, Eilish ensures that every inch of her album’s lush real estate serves a larger purpose, coming together to produce a seamless storytelling whole.

Sure, the album is chockful of cultural referents — from the loopy Doors-like lyrical stylings of “Bury a Friend” and tape loops from "The Office" to Sir Arthur Conan Doyle. And vocal influences from the likes of Lorde and Lana Del Rey are rife throughout the LP.

The finest albums begin and end well, and "When We All Fall Asleep, Where Do We Go?" is no exception. Clocking in at just 14 seconds, the introductory track “!!!!!!!” comes off like a joke as Eilish announces, in a fit of uproarious laughter, that “I have taken out my Invisalign, and this is the album!”

But the joke, fleeting as it may be, is on us. The hijinks continue with “Bad Guy,” where Eilish mockingly tries on different guises from the “make-your-girlfriend-mad type” to the “might-seduce-your-dad type.” But the album’s jaunty beginnings prove to be just as fleeting as “!!!!!!!” originally made them out to be, paving the way for the dark humor — and sometimes the just-plain darkness — that will pervade the balance of "When We All Fall Asleep, Where Do We Go?"

As the dark heart at the center of the LP, “You Should See Me in a Crown” finds it origins in, of all places, the BBC’s postmodern take on Sherlock Holmes. Plucked from the mouth of Moriarty — the detective’s arch-nemesis — the song’s title appealed to Eilish because it was so irrevocably badass. “In a world of locked rooms,” Moriarty boasts in the BBC series, “the man with the key is king. And honey, you should see me in a crown.”

Yet in Eilish’s hands, Moriarty’s taunt takes on even darker hues, as the singer contemplates the specter of an encroaching death: “Tell me which one is worse / Living or dying first / Sleeping inside a hearse?” In the official video for “You Should See Me in a Crown,” Eilish draws on performance art by taking on the character of a spider-ridden corpse to illustrate her larger predilection with death, with the idea — even at 17, no less — of embracing a looming mortality.

In yet other moments, Eilish’s duty-dance with death threatens to overwhelm the album. Take, for example, songs like the playful “All the Good Girls Go to Hell” — where she confesses that “my Lucifer is lonely” — and the suicide-tinged “Bury a Friend” and “Listen Before I Go.” In the latter composition, Eilish adopts an Emily Dickinson-like persona, singing “Take me to the rooftop / I wanna see the world when I stop breathing / Turning blue.”

As strong as the songwriting proves to be on "When We All Fall Asleep, Where Do We Go?," Finneas’s production elevates the whole enterprise even further still. He adroitly places his sister’s vocals front and center, affording the album with a thrilling, hypnotic feel. And it’s a great headphone record to boot, with a feast of clever effects arrayed across the sound palette. Listen for the sound of knives being sharpened at the onset of “You Should See Me in a Crown,” and you’ll get the picture.

"When We All Fall Asleep, Where Do We Go?" comes to a close, fittingly, with “Goodbye,” a song in which Eilish recalls lyrics from all of the album’s tracks. In so doing, she reminds us that her art, even in its infancy, is part of a larger continuum. And if her stunning debut LP demonstrates nothing else, Eilish has proven, in fine style, that she’s only just getting started.