The problem with "therapy is for white people"

How can I help change the stigma if I don't want to confront the untreated trauma of my own past? 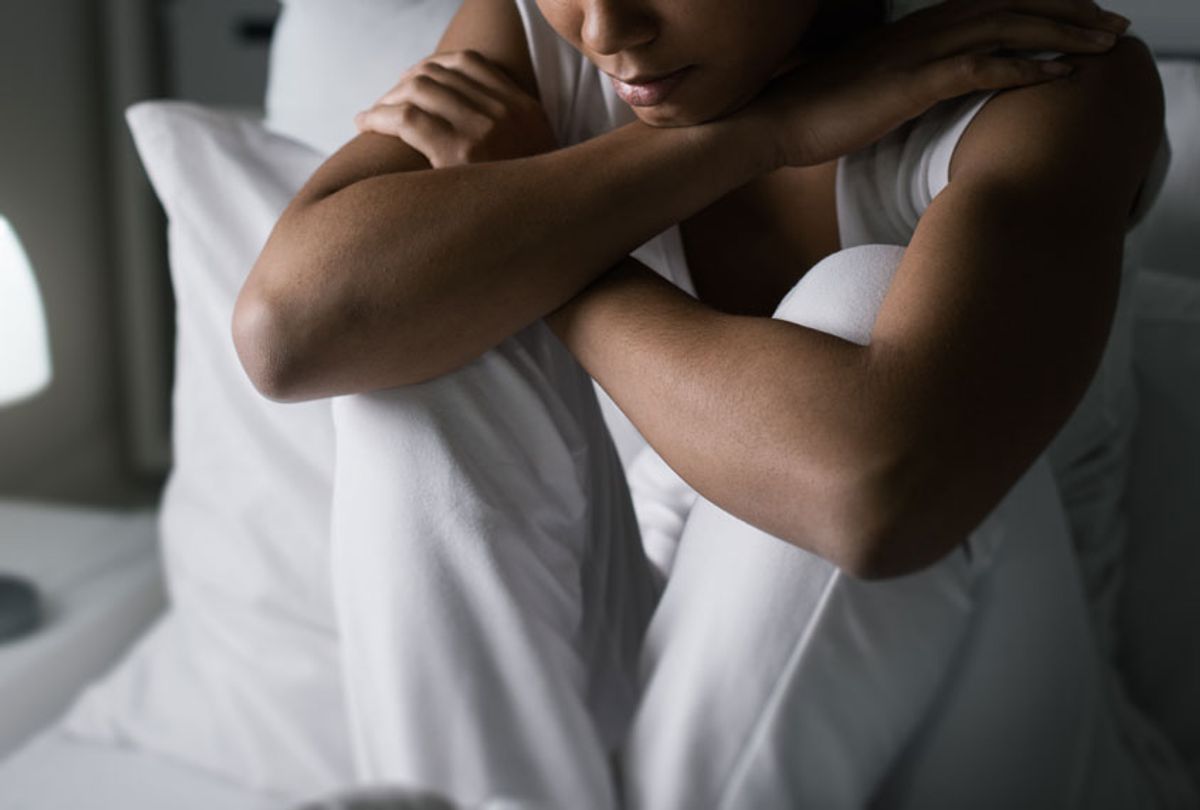 My friend Justin hung himself back when we were 22.

"I'm broke up over Justin. Why didn't he talk to us?" I asked my friend Tavon.

"I'm sick of hearing about it, yo!" Tavon said, sipping his vodka slow and letting it burn. "Streets ain't for everybody, and he had to go. Now where the girls at? What we doin later?"

Tavon's attitude wasn't shocking to me at the time. “There's no such thing as mental illness — that’s something white people subscribe to!" is a refrain I heard so much from my family, I used to believe it.

Dudes from my city, my block, and even those who have frequented my household witnessed and participated in people snapping, losing control, attacking strangers, banging guns at crowds, and still, mental illness was considered to be a made-up thing. Older men in their mid-to-late 30s dating girls from my 10th grade geometry class like it was normal, and mental illness wasn't real? Stories about older killers lurking around the park, guys we needed to stay away from, said to collect bodies like baseball cards and still, mental illness was not a real thing?

“Yo, get Duck! He havin a episode by the store!” my friend Hurk yelled through the gate at Tench Tilghman basketball court. I was 13 but big enough to subdue my uncle’s friend Duck when he zapped. It would start with rants aimed at people we couldn’t see, then eventually escalate to physical contact. On that day, he went into a popular clothing store, slapped the men behind the counter until they ran and locked themselves in the back, and knocked all the clothes off the racks. Hurk and I tackled him and held him there until he calmed down.

“He funny man, bro be zappin,” is what my uncle would say. “Don’t play with him, because he real G,” is what everyone else said.

Duck disappeared after one of his rants and was found with a bullet in his head a few days later, and we all said “RIP.” That was back in 2004, and no one would talk about the mental illness he suffered from. We would nonchalantly mention his death, tell stories about him and how much we missed him, but that’s it.

I think about Duck and the other dudes from my block who had obvious issues we’d all ignore. The fact that we could effortlessly walk past the mentally ill, hold jobs down, care for our families and maintain our sanity in a racist, classist, sexist world was currency for us. As black people, historically we didn’t have access to much, so resiliency has had hard value, allowing us to say things like “therapy is for white people.” I bought into this attitude for years. Living in neighborhoods where it seemed like crime scenes developed weekly, attending a staggering number of funerals, looking at and living in poverty, and ignoring the trauma­­: all of that was normal to us.

“Do you suffer from PTSD?” a white lady asked me during a speaking gig for a zine I published back in 2014. “You must. And how do you cope with all of the trauma you write about?”

I held the mic for second, scratched my head, and held it a little longer. I didn’t know how to answer her. “No one has ever asked me that before,” I said. For the first time in American history, mouthy me with an opinion on any and everything had nothing to say. “I’m still trying to figured it out,” I responded, quickly moving to the next question.

And how we lived like that for a long time.

Over the years I started getting old, and then I realized that I may actually get a chance to grow old, so I started making the proper the adjustments, like taking vitamins — mostly A,B12, C, and E — taking garlic pills, juicing, eating quinoa (whatever that is) and drinking alkaline water. I’m really not sure what any of that stuff does, but my homie Dred with dreds said do it and he looks pretty healthy so I listened. I also try to work out weekly. That’s the physical, but what about the mental? Has mass death made me mentally ill? And if so, how would I find out?

I try not to think about my own mental health too much as work keeps me busy and provides me the luxury to not deal with the horrors of my dark past; however, 2018 fell on me like a stack of bricks. My little cousin, who was more like a sister, was diagnosed with schizophrenia. Her mom, my dad’s sister, shared her struggles with her daughter not bathing, standing up for days, sleeping in trash and refusing to get help or medicine. Her father doesn’t believe in mental illness; he thinks a job will fix it­. I tried to explain to him what she maybe going through with the best of my knowledge but he wasn’t trying to hear it.  Around the same time, my youngest brother started acting out, going on rants similar to Duck's and distancing himself from our family. My dad went to the hospital because his feet were swollen and ended up having kidney problems, a stroke in his brain and open-heart surgery all during his stay, which has been seven months long and counting. And as my mom, sister, and fiancée ran around trying to make sure my dad is taken care of, my little brother got worse.

I visited my mom one day in between hospital visits and found my brother in the closet dressed in a suit, having a full conversation with himself. I opened the door. “Yo, are you OK, man?”

“Excuse me, I’m in the middle of something,” he replied, “Have a good day!”

He then slammed the door in my face. His condition has been getting worse. He only talks to himself and it scares me to death when he disappears. We tried to have him committed, but they sent him home after he proved he could eat a full meal. Like our cousin, he won’t take medicine. My mom, like my uncle, thinks a job and some money will fix my brother's problem, but we know that’s not the case. Surprisingly he has found employment. I don’t know how, but he got a job. Maybe they didn’t pick on his sickness, or maybe this is a down time where the sickness is resting, and we can aggressively approach him about getting ongoing help.

This whole ordeal has me questioning everything. The logic that my mom and uncle subscribe to is very simple: we have all lived through pain and mass murder, and if we handled it, then our kids should be able to handle it too. I have never been to therapy or taken any type of medicine so offering that as advice would make me feel like hypocrite, but I don’t know what to do. My gut is telling me to lead by example, by taking the steps I think my family needs to see in an effort to get them to address their own illness. But honestly, I don’t want to open up those doors.

How can I help change the stigma if I don't want to confront my own past? Blacking some of the bad stuff out has allowed me to flourish, but a healed me could help my brother and my cousin, and maybe could've helped Justin. Or it could completely make my situation worse. I'm lost and really don't know what to do.

Am I a part of the problem?