The triple whammy of discrimination: Caster Semenya inspires us all 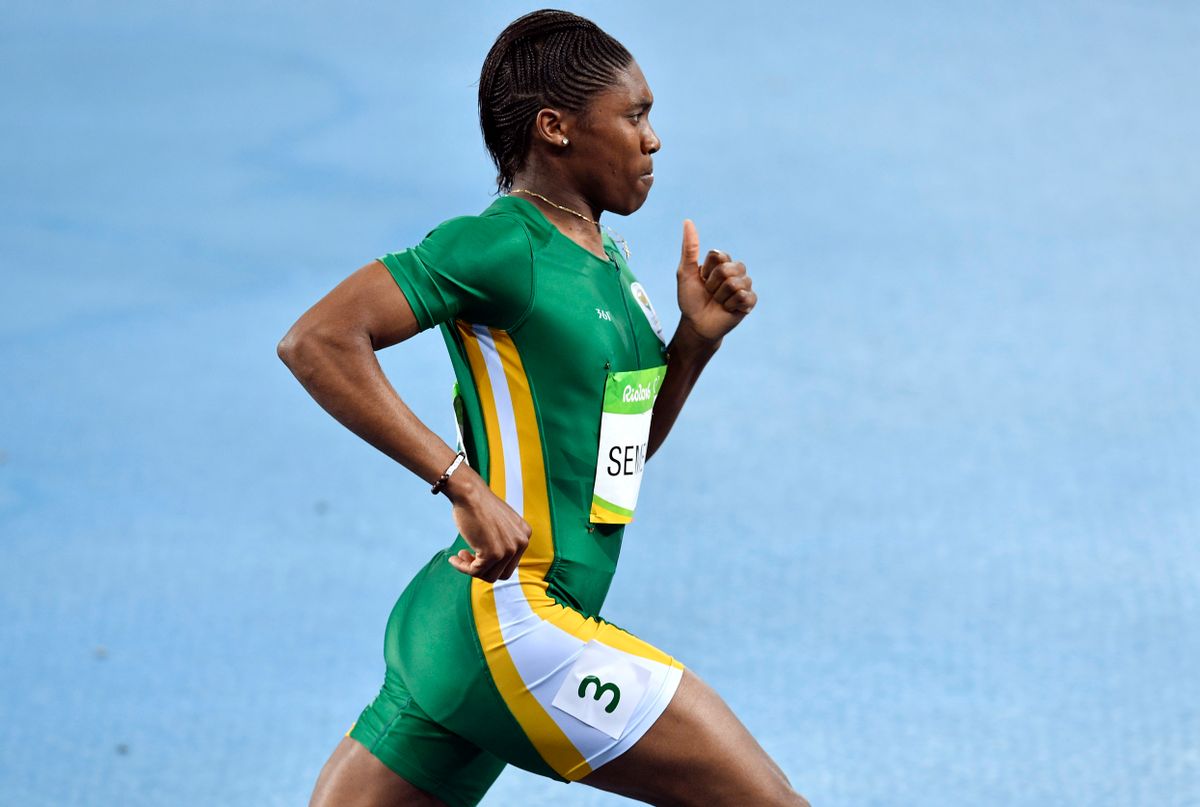 Blazing the last 50 meters, Caster Semenya, a female gay South African, won gold in the 800-meter event at the 2016 Rio Olympics. She stood tall, muscular, and proud as she mounted the podium in Rio. This was her second gold medal in the same event. She has stood on the podium numerous times since she began competition 10 years ago. For many years, she has also faced scrutiny from competitors and organizations alike. As a woman, she has suffered discrimination in a threefold way: by being female, black and gay. (In 2015, she married her childhood sweetheart, Violet Raseboya.) This triple whammy of discrimination is the target on her back.

For years, the IAAF (International Association of Athletics Federations), the international governing organization for professional athletics and track and field, has tried to block Semenya’s participation in competitive sport. They have ostensibly taken actions against her due to her higher levels of testosterone, claiming it gives her an unfair physical advantage. However, there is no real solid evidence and/or research on the impact of testosterone on performance, and what research exists is seriously flawed. In a 2019 study titled “Scientific integrity and the IAAF testosterone regulations,” Pielke, Tucker, and Boye identified significant flaws in the data from an IAAF study conducted to prove the impact of higher levels of testosterone. The researchers discovered the data from the study led to unreliable results.

Semenya’s response is to fight them tooth and nail, and the people of South Africa love her dearly. She is a beacon of hope for black African female athletes and all South Africans as well. They regard her as their heroine. She has received two significant awards from South Africa, including the Order of Ikhamanga for significant achievement in 2014 and was voted in 2018 as the Most Influential Young South African. She is the first female awarded with this honor. Her fight with international sports organizations is closely followed by her country’s women and men.

Semenya’s fight is the struggle for all women to be accepted as they are naturally. You don’t see men receiving the same type of scrutiny. How ironic that Olympic athletes have to take a test to prevent the use of performance-enhancing drugs while they’re forcing intersex women to takedrugs to alter their bodies. (Intersex is a term “used for a variety of conditions in which a person is born with a reproductive or sexual anatomy that doesn’t seem to fit the typical definitions of female or male” according to the Intersex Society of North America.) Once again, on an international level, women are being given the message that their bodies need to be controlled and regulated.

In 2011, the IAAF set up regulations to reduce testosterone levels in intersex females. In 2015, this 2011 decision was challenged by a female Indian sprinter, Dutee Chand. Her case ended up in the Court of Arbitration for Sport where they decided in favor of Chand. This decision allowed both Chand and Semenya to compete in the Rio Olympics. The IAAF’s crusade to undermine Semenya escalated after she won gold at the 2016 Rio Olympics. In 2018, the IAAF once again created new regulations aimed at intersex women athletes. Their “new” guidelines directly targeted women like Semenya. This hormone lowering stipulation is only required on the types of short distance events Semenya competes in, including the 400, 400 hurdles, 800, 1,500, and the mile. Their goal is stated to cover “any athlete” (actually intersex women who’ve grown up as girls) who has DSD (Difference of Sexual Development) with higher levels of testosterone to take drugs to reduce their levels. Ironically, Semenya’s levels are naturally lower than the average range for men. Again, these new regulations require drugs to change her body for competition.

In February 2019, she appealed to the Court of Arbitration for Sport (CAS) in Switzerland, a group who had previously ruled in Chand’s favor. On Wednesday, May 1, 2019, they denied Semenya’s appeal even with evidence against IAAF’S new rules and despite overtly admitting their ruling was discriminatory. The CAS justified their decision by saying this was a necessary step to create “fairness” in women’s sports. Their ruling is clearly gender, racial, and sexual identity discrimination.

Semenya has 30 days to appeal this decision. She is not conceding loss. Her Twitter response on that morning read: “Sometimes it’s better to react with no reaction.”

Since this decision, millions of people around the world have shouted out in support of Semenya. The World Medical Association is directing its members not to comply with the “new” regulations due to unethical and health concerns for women athletes such as Semenya. The United Nations Human Rights Council adopted a resolution to support Caster Semenya on March 21, 2019. The South African government and Olympic Committee along with millions of South Africans are solidly behind her. Billie Jean King’s Twitter response showed strong support for Semenya: “I am disappointed by today’s decision by the Court of Arbitration for Sports, which will prevent Caster Semenya from competing as her authentic self. I stand with you.” Once again, it’s men regulating how women’s bodies should look and what levels of hormones women should carry.

The implications of this ruling are vast. Are we now going to start testing all professional women athletes’ hormone levels? Are we also going to ignore the fact that most elite and Olympic competitors have natural, even unusual, talents that separate them from other female athletes? How many of these athletes have higher than normal testosterone levels? What does current research say about the components of physicality that create extraordinary female athletes? Are we going to base our decisions on the appearance of female athletes even more than we do already? These are just a few of the many unanswered questions. Targeting women athletes in their natural state is just another form of gender discrimination to marginalize gender-nonconforming women. It’s not just political leadership, pay, and media inequities; we’ve added a new dimension: our physical state. Semenya is female, black, and gay, not just a high-testosterone body. Her fighting spirit provides a role model to young, women of color, lesbian, and intersex female athletes everywhere to shout out for their rights. When will men, especially white men, in sport allow female athletes to be themselves naturally and allow them to be seen and heard as the strong, capable femaleathletes they are?

Joan Steidinger, CMPC-AASP, is a sports psychologist and an athlete. She is the author of Sisterhood in Sports: How Female Athletes Collaborate and Compete and the forthcoming Stand Up and Shout Out: Women in Sport Demand Equality.