This ingredient is a caramel game changer (& it’s not salt)

Even with all the salt in the world, there’s still something else I crave 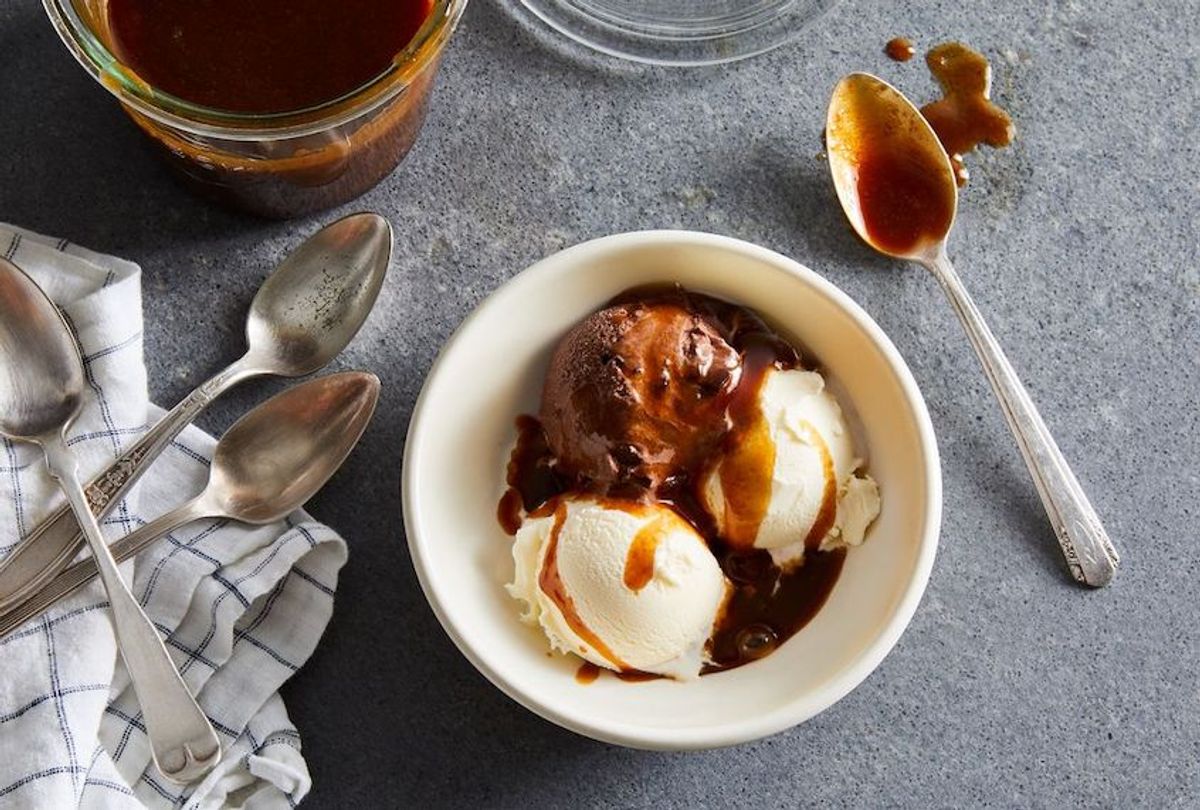 Rewind back to the early ’90s and you’ll find me in an Emack & Bolio’s, swinging on a swing with my dad, eating banana ice cream with whipped cream and extra hot fudge — never, ever caramel sauce. Even as a child, I found this sundae-favorite too sweet and, in the decades since, not much has changed.

Of course, this isn’t caramel sauce’s fault. Its main ingredient is sugar (or, depending on the recipe, corn syrup) and its costar is heavy cream, which is sweet-ish in its own right.

See? That wasn't so hard. Photo by Rocky Luten

But the new millennium ushered in a new wave for caramel. In 2008, Kim Severson called salted caramel “the flavor of the year” in The New York Times, noting how it went from a pastry chef’s secret weapon to a mass-market phenomenon, thanks to companies like Starbucks, Wal-Mart, and Häagen-Dazs.

The still-going appeal is all about contrast. If caramel is sweet and rich — only to be poured on also sweet and rich ice cream — salt adds some much-needed complexity. When I make caramel, I like to salt the caramel itself, then sprinkle some flaky salt atop the finished dessert for good measure.

And yet, even with all the salt in the world, there’s still something else I crave: bitterness. In my mind, this is where hot fudge has salted caramel sauce beat—with those dark, sultry, moody flavors of cacao. How could I introduce that depth to caramel?

You’ve probably tried this combination before — in a caramel macchiato or latte. In that case, the primary flavor is espresso, fluffed up with steamed milk, and sweetened with a squirt of caramel sauce.

In this case, we’re flipping the ratio. The primary flavor will be caramel, taken as close to burnt as possible for bittersweet bonus points. Then, instead of pouring in cream, we’re going to pour in espresso cream. But I don’t have an espresso machine!you say. But you don’t need one! I say. All you had to do is dissolve a spoonful of instant espresso in hot cream.

Not only does this turn the caramel a milk-chocolatey hue, but it takes something that was once one-note and cloying, and turns it into something I could eat by the spoonful. Or pour on ice cream and eat on a swing. That would be pretty great, too.