Robert F. Smith's gift to Morehouse grads is wonderful — and shouldn't be so necessary 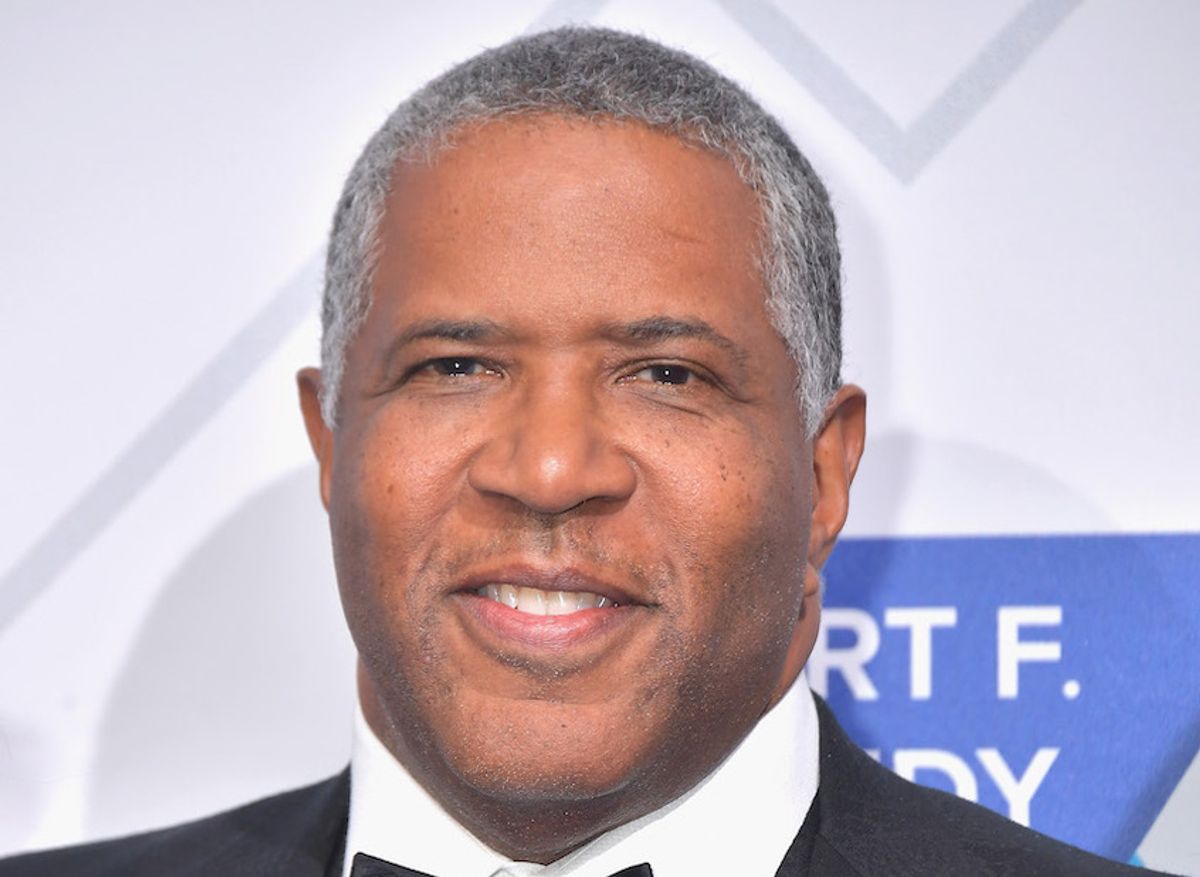 Billionaire investor Robert F. Smith became a household name over the weekend after giving the commencement at Morehouse College in Atlanta. Not because of a gaffe or provocative statement, but for a groundbreaking act of generosity. The founder and owner of Vista Equity Partners, who was also the second major donor ($20 million) to the National Museum of African American History and Culture, gave the greatest gift of all by declaring the class of 2019 as his own and pledging to pick up the student loan tab for every graduating senior.

"On behalf of the eight generations of my family who have been in this country, we're going to put a little fuel in your bus," Smith said, before officially announcing that fund would erase the student loan debt of the class of 2019.

"Now, I know my class will make sure they pay this forward," Smith continued. "I want my class to look at these alumni — these beautiful Morehouse brothers — and let's make sure every class has the same opportunity going forward, because we are enough to take care of our own community. We are enough to ensure we have all the opportunities of the American dream."

The news broke the internet and left people inspired, motivated and wishing they were a part of Morehouse’s class of 2019, especially in light of the 2019 Forbes report that the U.S. student loan crisis has reached a whopping $1.52 trillion. That intimidating number is strangling a generation of young graduates, prohibiting them from buying homes, starting families and  moving out of their mom’s basements.

It's also scaring young people away from college. The decline of college enrollment has become an epidemic across the country. According to NPR, in 2018, “There were 1.7 million fewer college students, both undergraduate and graduate, than back in 2011 — a decline of 9 percent. That's according to the National Student Clearinghouse. And because private colleges and universities are losing students, they're having to innovate to find new ways to make money.”

Poor people suffer because college is and has been a rich man’s game. Sometimes people forget that college only became available to most poor people in the '70s with The Higher Education Amendment of 1972 that created the Pell Grant, named after Senator Claiborne Pell. Before the Pell Grant, college was a place where middle class and affluent kids — along with a predominately white and male segment of veterans after World War 2, courtesy of the GI Bill — were educated, trained and further cultured in a tradition of education within a hub of connections that allowed them to build and maintain wealth. Families could network, watch their children get great internships and entry-level opportunities, and most  important of all, pay for it, allowing their kids to start their lives debt free.

Many poor kids, on the other hand, developed a history of paying for the classes themselves through jobs, loans and grants, while trying to build those important connections and maintain their grades and learning in a place and with people that probably don’t mirror their community or high school in any way, all the while learning the culture of higher education as they go as first-generation college students. And if you attend a Historically Black College and University (HBCU) like Morehouse, the struggle becomes more complex.

The HBCUs in  Maryland just won a 12-year battle over funding last year, proving that predominantly white schools in the state received more assistance for the same programs. Governor Hogan offered $100 million to remedy the issue after the state lost, which is a good gesture for the future. But what about the students whose funding suffered under the inequity, those who had to graduate while being slighted, or lacked the support to be able to finish? Morehouse is a private institution, unlike the colleges involved in the Maryland case; however, private colleges do receive some state and federal funding, even the nation's most elite universities. Harvard — with its largest endowment ($34.5 billion in 2016) in the country —  received $550.5 million in federal funding, according to a 2017 report; Yale received $480.2 million in 2015, and Emory, with its  $6.9 billion endowment — and which is located in Georgia, just like Morehouse is — received $353.7 million in federal research money from in 2018.

Smith’s gift provided hope in an unexpected way and has changed the narrative for that class of graduates. But why did he have to? Why do black people always have to swoop in and save black people in the land of opportunity for all?

There is always some black billionaire or millionaire responsible for spearheading these beyond-effective change initiatives that should already exist, like Jay-Z and Beyoncé's multiple wins against the criminal justice system, LeBron James' beautiful “I Promise,” school that educates whole families and recently made headlines with their excellent test scores, and Chance the Rapper's million-dollar donation to Chicago public schools.

I’m honored to be part of a culture that has a direct want and need to lift others up as they climb. And honestly, I'm offended when other successful black people don’t. But college — at least community college — should be free in America. Rappers and entertainers shouldn’t have to fund systems that our tax dollars ostensibly pay for, or that other people profit off of such as the prison industrial complex.

This type of I-made-it-so-I-have-to-create-opportunity-giving seems to be a black thing. No shade to white people, as I know that white philanthropy exists. However, I never saw a lanky poor white dude hit the NBA and yell, “I’m gonna pull up all of my brothers and sisters from the trailer park, baby! We on now!” America already has a way of creating opportunities for people who look like him. Not all white people, of course; however, many have benefited from the current system in ways poor African Americans can't even imagine.

Where would black Americans be without people like Smith? He lives in the tradition of Harriet Tubman and Fredrick Douglass — people who earned their freedom, but instead of kicking back and enjoying the benefits of such, they worked tirelessly, risking their lives at times, to give the gift of freedom to others. We are honored to have a guy like Robert Smith living in that legacy and hope that one day, our nation will catch up because doing America's dirty work should not be Smith's responsibility.