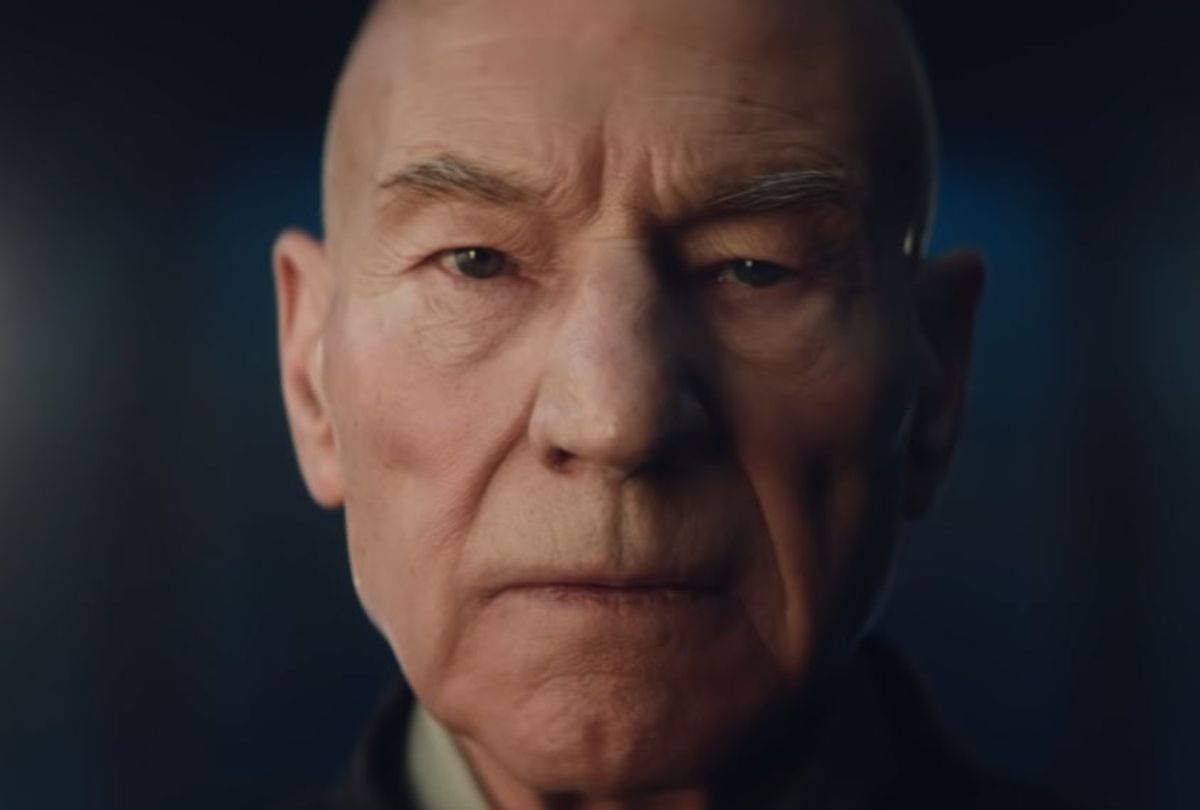 CBS All Access released a poster and a teaser trailer for the highly anticipated “Star Trek: Picard” on Thursday, which also marks the 25th anniversary of the “Star Trek: The Next Generation” finale episode. This is the first glimpse of Patrick Stewart reprising the beloved role.

Stewart, 78, helmed the USS Enterprise as Picard for seven seasons of “The Next Generation” and four movies. Despite assimilation by the Borg and other unsavory encounters with aliens and humans alike, Picard was a steadfast and moral figure, driven by duty but often alone, as he is the last of the Picards. The new series will follow him into the next chapter of his life.

In March, co-creator Alex Kurtzmann had said that the new series would be a “thoughtful, psychological portrait” of Picard. “We all know what Picard means to the world and why he, like so many legendary characters on ‘Star Trek,’ has endured and what he’s represented. He in some way has to go through a gauntlet to find that again. Things have changed for him and changed him in some ways, and yet he is so deeply and fundamentally still Picard. We’re thrilled at what we’re going to deliver. I know Patrick is really excited.” The series began shooting in Los Angeles in April.

Read more IndieWire: 'What We Left Behind' Is the Perfect Fan-Funded Documentary About 'Star Trek: Deep Space Nine' - Review

A woman who sounds like “Star Trek: Discovery” star Sonequa Martin-Green narrates the teaser trailer, which touches on doubts, self-reflection, and a loss of faith. It concludes with a close-up of Picard himself in all of his glory. Engage!

Watch the teaser below and take a look at the poster: