At a live event for Letterman's "My Next Guest Needs No Introduction," Galifianakis talked about the upcoming film 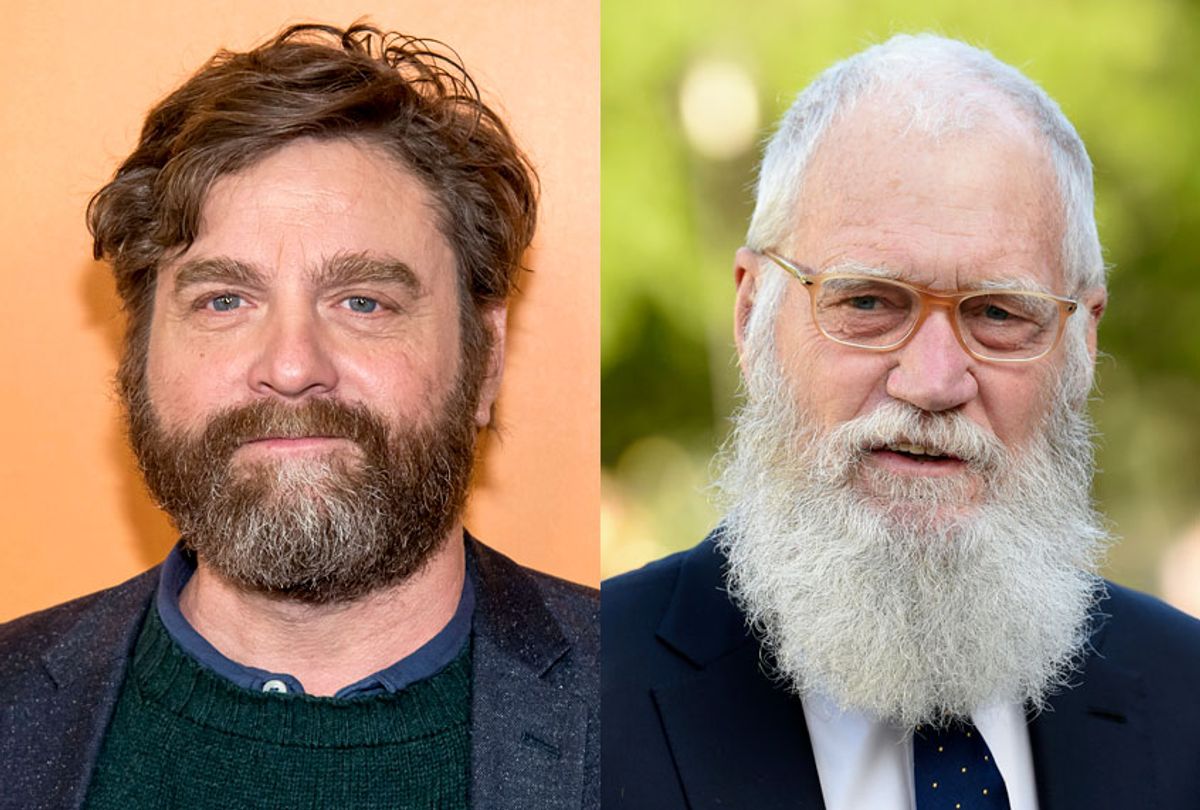 After scaling the heights of viral comedy shortsdom, “Between Two Ferns” is ready for the Netflix movie treatment. At an awards event at Netflix’s FYSee space in Hollywood on Thursday night, Zach Galifianakis and David Letterman revealed that not only was the long-rumored film in the works, but that it was set to arrive on the service later this fall.

Speaking as part of a live edition of Letterman’s show “My Next Guest Needs No Introduction,” the two traded stories about their respective experiences with making and watching the original “Between Two Ferns” shorts. The feature-length film will debut on September 20, but in the meantime, Galifianakis had some updated information about how the movie will take the structure of the popular segments and build it out for a longer experience.

“We have several interviews. What we tried to do is build a storyline, not necessarily around the interviews, but about the cable access station where we’ve been shooting these all these years,” Galifianakis said.

Galifianakis co-wrote the movie with Scott Aukerman, who’s directing the film after doing the same for many of the shorts. Although the show has had sponsors in the past, Galifianakis explained that this feature version isn’t the first time an outside entity has asked to be a part of turning “Between Two Ferns” into something bigger.

“If they try to tell us what to do, we’re not interested. We’ve been approached by Pepsi to give us a lot of money, but they’ll never do it correctly,” Galifianakis said.

Read more IndieWire: Scoring 'Hostile Planet' and 'Our Planet' With a Musical Sense of Environmental Urgency

The two comedians went through a mini-overview of the most famous “Between Two Ferns” moments of the show, including the HealthCare.gov rollout episode with President Obama. But it was Galifianakis talking about the Sean Penn edition that yielded one of the more memorable stories of the evening.

“I stopped that one real early. I said something to him, and he’s either a really good actor — obviously he is — or he was being completely honest and I couldn’t tell. So I walked up to the director and I was like, ‘Uh, we’re done.’ I was threatening to beat him up in a very believable way as the ‘twin brother’ version of myself…That moment, I thought he was gonna deck me. I really did. So that’s when I got up from the chair,” Galifianakis said, adding that Penn was gracious after the cameras stopped rolling. “If I remember correctly, I went to dinner with Sean that night. I think he was just acting.”

In introducing Galifianakis at the top of the event, Letterman described how much he enjoyed filming his part of the movie. “Not so long ago, [I] spent one lovely half-day with him, which so far has been the best day of the year and found him absolutely delightful,” Letterman said.