We fell for the beachy old Florida charms of Sanibel, Captiva, and the Barrier Islands

Head to the quiet southwest corner of the state to discover the hazy, lazy golden days of old Florida 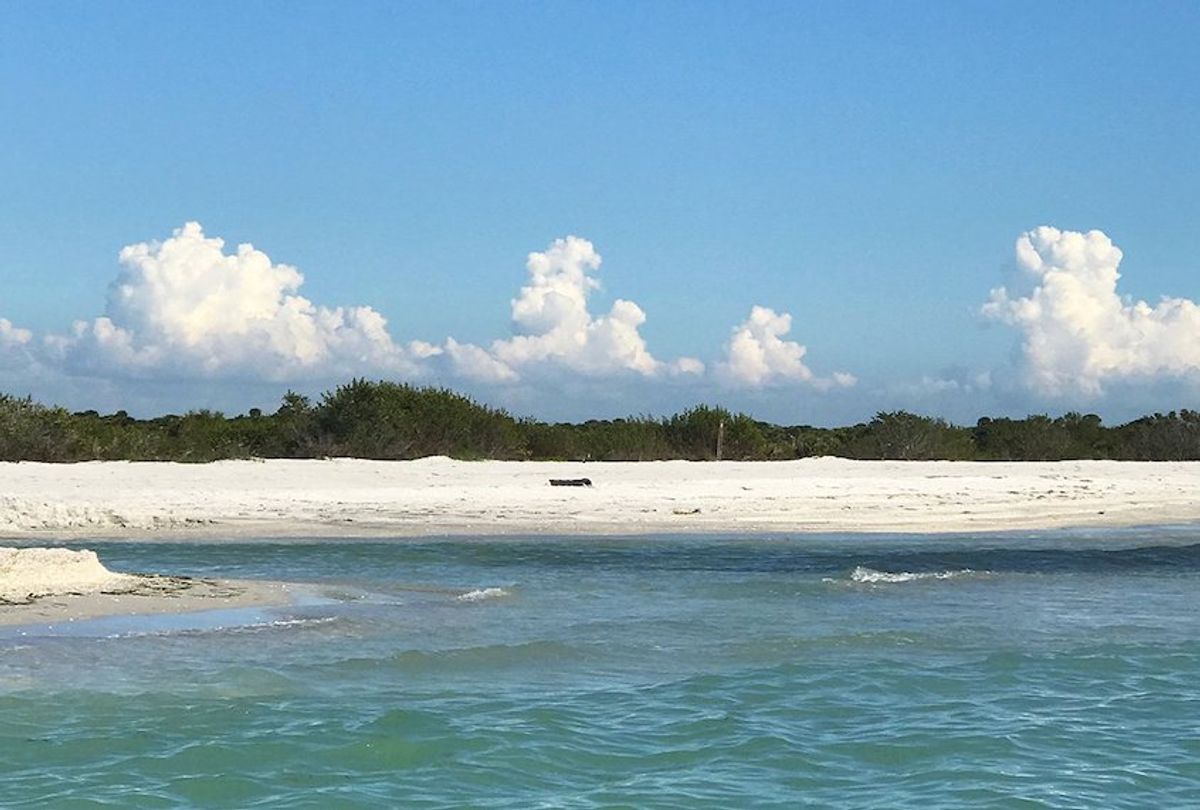 Florida is the American playground that keeps on giving. We took a tour around Sanibel, Captiva, and the smaller barrier islands in the Gulf of Mexico and are impressed with what we found.

BARRIER ISLANDS, Florida — Florida is so much more than Miami nightlife or the Jacksonville Jaguars. Head to the quiet southwest corner of the state to discover the hazy, lazy golden days of old Florida, island by island. Lee County is home to some of the state’s least-trodden barrier reefs and spits of land. You can get to some by car and some only by boat. But they're each uniquely Floridian.

Fly into the Southwest Florida International Airport (RWS) and taxi, ride share, or rent a car for an hour's drive west over the Sanibel Causeway. This delivers you unto Sanibel Island, and then Captiva. The two barrier islands are perfect launching pads for the smaller ones, which can be reached via day cruise, catamaran, or a local, private charter like Southern Instinct.

This 100-acre island in the Gulf of Mexico isn't named for the coleslaw staple but rather for the sturdy cabbage palms that cluster in this rustic spot. No cars are allowed on the island, but plenty of happy tortoises zoom around — surprisingly quickly. At Cabbage Key Inn, the island's only restaurant, order a Cabbage Creeper (a subtropical cocktail of pineapple, rum, and coffee liqueur) and a no-bake frozen key lime pie. The Inn is the only place to stay on the island, so order up as many as you like. 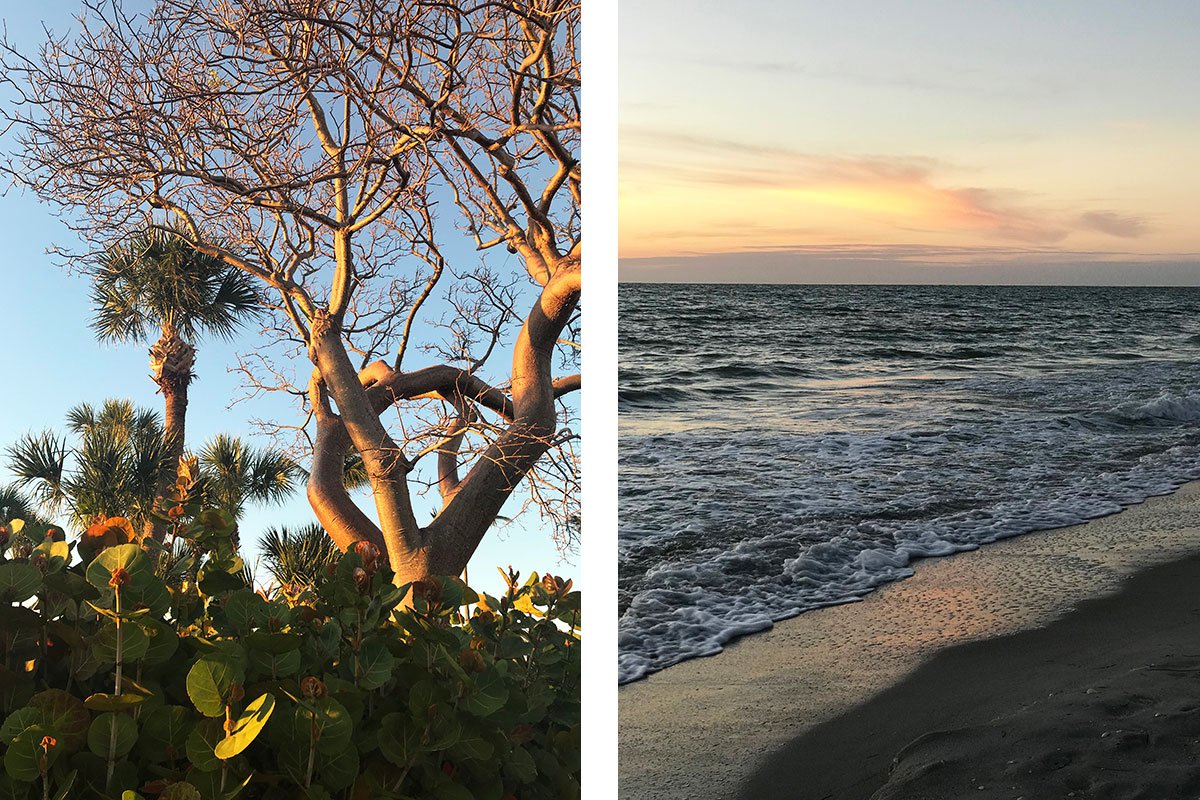 Cabbage palms (left) and the beach on Captiva Island. Photos by Kerri Allen.

Named for the indigenous captives who were held by the Spaniards (history can be ugly), this now-peaceful little barrier reef is where dolphins leap into sunsets like a throw-back 1980s OP tank top. Within the bounds of the South Seas Island Resort is a 330-acre nature preserve and more than two miles of private beaches. The area was once a key lime plantation, so definitely do your own key-lime-pie taste test among the contenders Harbourside Bar & Grill, Doc Ford’s, and the Bubble Room.

The larger sister island to Captiva, Sanibel is alive with wildlife. This is thanks to the J.N. Ding Darling refuge that covers 6,400 acres – more than half of the island. Luxury accommodations like Casa Ybel are few and far between. Sanibel is a place that does not allow chain restaurants and where quiet is highly prized. 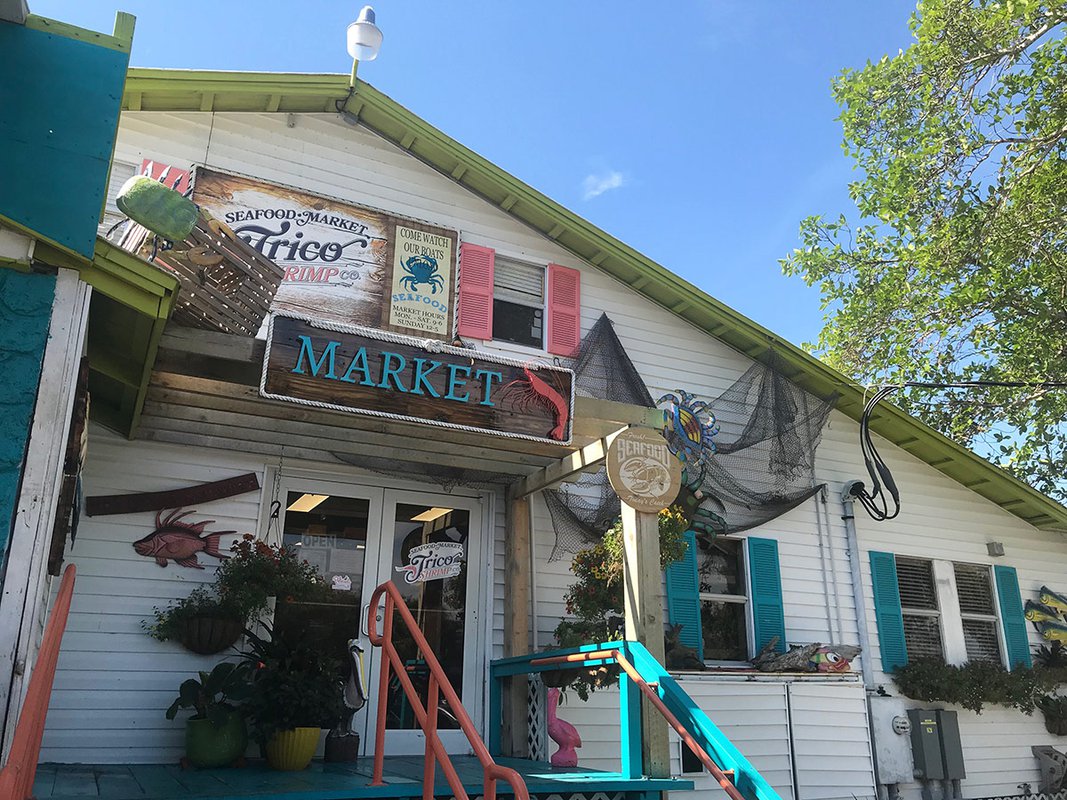 On San Carlos Island, the Ostego Bay Foundation Marine Science Center offers a waterfront tour of its strong shrimping industry. Their motto is “friends don’t let friends eat imported shrimp,” and the eco-minded can tour with them to understand exactly how your delectable pile of peel-and-eat Gulf Coast pink shrimp landed on your plate. Oh, and definitely try some at Dixie Fish Co., opened as a fish house in 1937 and still serving fresh shrimp, grouper, and whole fried catch of the day.

The best-kept secret of all is Cayo Costa, nine miles of uninhabited beach and a veritable paradise that was once home to the Calusa people. It's only reachable by boat and the only lodging is your own tent. The shelling is fabulous, but you can also expect to see dolphin, manatees, osprey, pelicans, and even alligators. Kayaks and stand-up paddleboards are available for rent. If you’re seeking seclusion, you’ll find it here.

How to get there
Fly into Ft. Myers via RWS Airport. Sanibel Island is 28 miles away. In high season, traffic is slow, so budget about an hour to get over the causeway and off the mainland. Renting a car is ideal, but taxi or Uber can get the job done for the trip.

When to go
It's temperate pretty much year-round. Winters don't dip much below 50 degrees at night, and summers hit the upper 90s at the peak of day. Hurricane season runs from June to November, so be mindful of squalls.

What to pack
This area is lousy with wildlife, so bring a good camera and an underwater one, too. Bring a mesh shelling bag to capture the plentiful shoreline finds. (Some hotel rooms even come with special sinks and worktables to manage the day’s haul. And how sweet is that?)

Other insider tips
The area is family-focused and retiree-friendly. Party people will want to stay on the east coast of Florida.

For your bedside table
New York Times best-selling author Randy Wayne White lives on Sanibel, and many of his novels are set in area. His latest from 2018 is Caribbean Rim, and features sunken treasure, pirates, and a murder mystery. A pretty perfect beach read from the same beach.