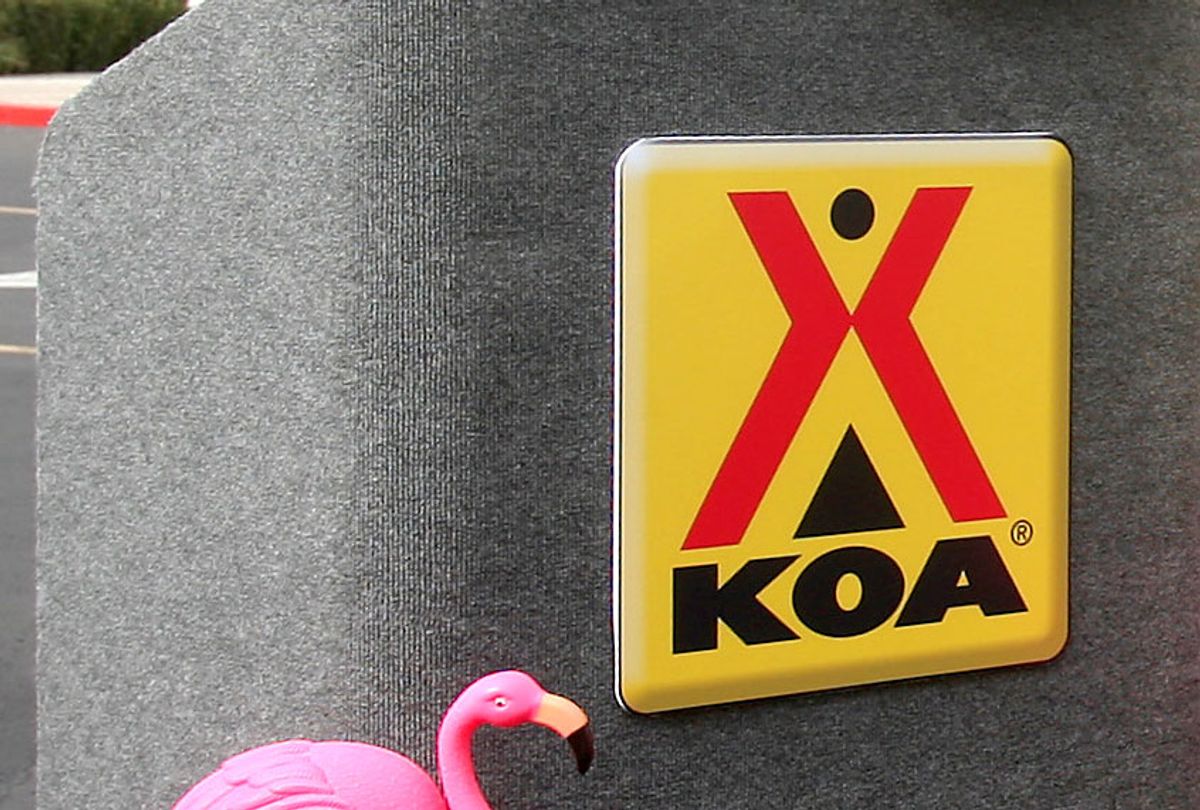 Jessica Richardson, her husband and their dog went out for a picnic, like so many do over a holiday weekend. At a lake in Starkville, Mississippi, they were confronted by a local campground manager who was anything but welcoming. The couple is black; the campground manager, who pulled a gun on the couple and told them they had to leave, is white.

"Today was a beautiful day so my husband (who's a vet), our 2-year-old dog, and myself, decided to Google a lake to visit and have a picnic," Jessica Richardson wrote in the caption of a video posted to Facebook. "We found a lake located in Starkville, MS and decided to visit. Not five mins later a truck pulls up and a white lady screams at us, she then jumps out of her truck with a Gun. And proceeded to point it at the 3 of us, simply because we didn't make reservations."

The unidentified manager has since been fired by Kampgrounds of America, spokesman Mike Gast said to the Associated Press. KOA "does not condone the use of a firearm in any manner," Gast said.

We have seen this behavior before. Incidents like this happen far too often, and since they can't all go viral, there’s no way to judge the true scale. But we remember those viral encounters: the annoying white woman (henceforth known as BBQ Becky) who called the cops on the two black guys in an Oakland park for cooking on a grill; the even more annoying white lady in San Francisco (dubbed Permit Patty) who called the police on an eight-year-old black girl for selling waters without a permit, even though she was just trying to raise money for a trip to Disney World.

Neither of those white women waved a gun like the disturbed woman in Mississippi did. But police are known to pull up with guns when summoned and kill unarmed black people as a result. Thank god none of these incidents ended in tragedy — but we shouldn't ignore the fact that all of the ingredients for tragedy were present.

Maybe I’m a part of the stereotype because I don’t hike, camp, or try to make my own trail mix, but plenty of black people do. (Friends from my neighborhood clown me for not spending more time in nature; it's become therapy for many of them, helping them deal with the trauma that accompanies black city life.) White people acting like there's something suspicious about seeing black people out in nature is just silly. We don't need another essay aimed at white people explaining why black people deserve to enjoy nature without having guns waved at them in 2019. That's absurd. The more pressing work should be to attack the root of black-fear that creates this mentality, dig those roots out and then flood the empty holes with the humanity that people like Barbeque Becky and Permit Patty always fail to see.

But how? Especially since America is extremely segregated and dialing 911 is the reaction of so many white people in white areas when they unexpectedly encounter black people.

We know white America's black fear stems from slavery and has become part of the American narrative. Black people have been cast as the terrifying unknown since we entered this country. Technology and culture evolves, but it seems like our stories remain the same. I'm reminded of this every time I'm in an elevator with a white person who clutches their purse or wallet, or when a white person crosses the street when they see big scary me walking toward them, or when I walk into a nice restaurant and everyone acts as if I'm lost. "No, I'm not lost," I laugh it off. "I'm just hungry and I have cash for food."

Black is and has long been considered ugly­­ in this country. Add that to black crime, black jails, black test scores from bad black schools, bad guys wearing black, bad black neighborhoods with black killers and black drug dealers all delivering the black pain that gets hyper-promoted in white media. White people commit crimes as well, but on a daily basis, black crimes get the coverage. I don’t see a clear path toward changing that.

What happens when white people who don’t spend a lot of time around black people go out to report and tell stories about black people? My local paper is the Baltimore Sun. Baltimore's population is 62% black. Only 11% of the Sun's staff is African American. 86% of the staff is white. As progressive as their writers can try to be, it may be almost impossible for them to not pull from the history of black fear and dehumanization that has dominated the narrative of all of our lives.

We can continue to push to diversify newsrooms, which needs to be done. But if the bosses and editors aren't black, and are viewing African Americans through that Permit Patty/ BBQ Becky lens, that influence will taint the media coverage, regardless of their intentions.

We are lucky that the Richardsons didn’t become a hashtag, but as we all know, the story doesn't always play out so simply. Reporters are powerful at controlling narratives, but that only makes up a piece of our experience. I’ll try to my best to do my job as a black storyteller, but what should everyone else be doing? What can we do to end this black-fear epidemic?