How Mexico tried to save Freud from the Nazis

Had the campaign to bring Freud to Mexico succeeded, he would have lived among artists and intellectuals 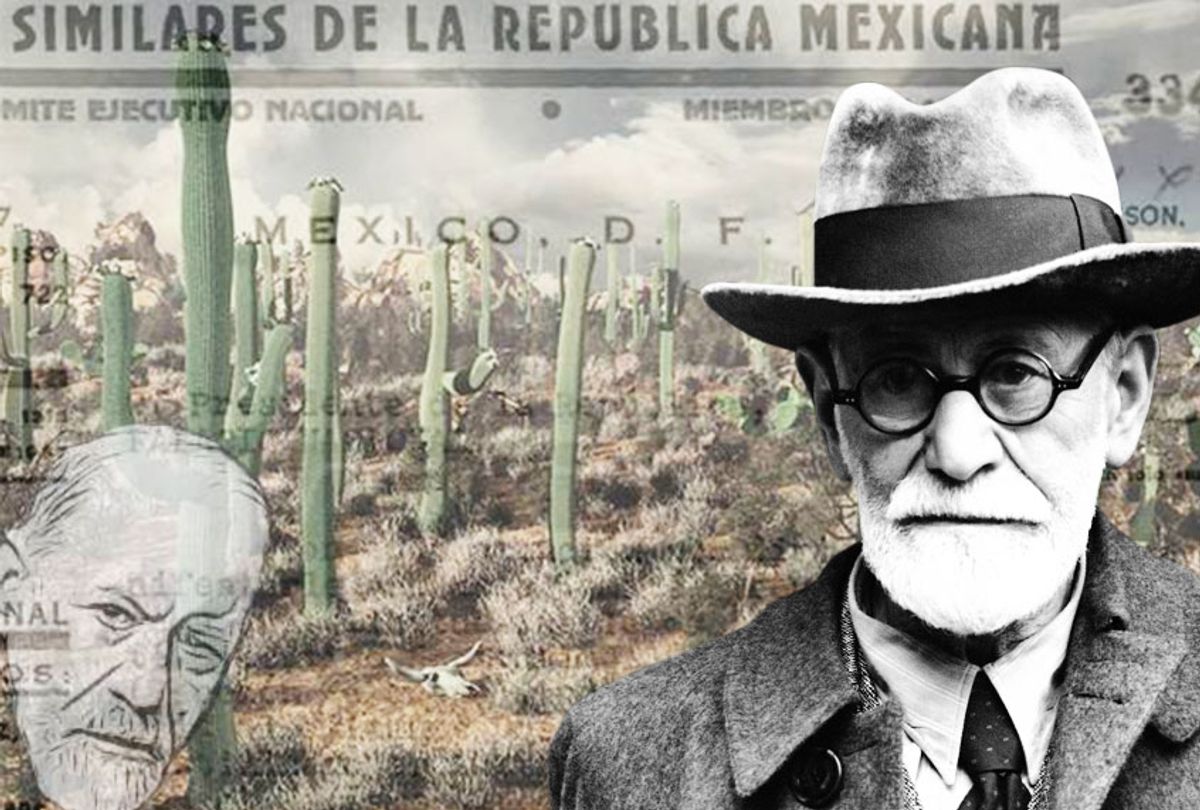 Adapted from “Freud’s Mexico” by Rubén Gallo. Reprinted with permission from the MIT Press Reader.

In the spring of 1938, the Mexican press reported on the perils faced by Freud in post-Anschluss Austria: The Gestapo had raided the offices of the Psychoanalytic Publishing House, searched the apartment at Berggasse 19, and briefly detained his daughter Anna. Freud himself — once reluctant to consider emigration — made up his mind to leave Vienna, but his decision seemed to come too late: obtaining an exit visa had become a nearly impossible ordeal for Austrian Jews. Freud would have been trapped in Vienna had it not been for a group of powerful friends who launched a full-scale diplomatic campaign on his behalf: William Bullitt, the American ambassador to France; Ernest Jones, who lobbied British Members of Parliament; and Princess Marie Bonaparte, who was in direct communication with President Roosevelt himself.

In Mexico, President Lázaro Cárdenas — one of the most popular leaders in twentieth-century history — had turned his country into a haven for persecuted intellectuals: after the fall of the Spanish Republic, he offered political asylum to thousands of refugees, and Mexico received a massive influx of artists, poets, academics, and philosophers who played a crucial role in postwar culture. In a world threatened by the rise of fascism, Cárdenas opened his nation’s doors to socialists and fellow travelers of all kinds. Leon Trotsky accepted Cárdenas’s invitation and settled in Mexico City in 1937. He would be followed by an impressive lineup of cosmopolitan refugees from Spain, France, Germany, Austria, and many other countries.

After the press reported Freud’s troubles in Nazi Austria, a group of activists launched a campaign to bring the professor to Mexico. The local chapter of Red Aid International sent a telegram to Cárdenas, urging him to offer asylum to Freud, described as “the greatest researcher of the diverse manifestations of the spirit, who demolished prejudices and has built the foundations of the new universal morality.” Over the next three weeks, the Mexican president received five more telegrams from various organizations urging him to offer Freud a safe haven. Surprisingly, all of these requests came from labor unions: the Union of Workers in the Graphic Arts, the Union of Education Workers, and the Union of Metal Miners all cabled on April 21; the Union of Mexican Electricians followed suit on April 27. Even the Union of Sugarcane Workers jumped on the bandwagon and sent a telegram.

The perception of Freud had certainly changed since 1932, when Excélsior, a daily newspaper in Mexico City, attacked the Viennese doctor as a “teratólogo” and psychoanalysis as a “depressed school of thought.” In merely a few years, Freud had become a patron saint of leftist causes, embraced by unions and hailed by sugarcane workers and electricians alike. Even Red Aid International jumped to Freud’s defense, suggesting that Mexican Stalinists were equally enthusiastic about Freudian theories as they were about Marxist teachings (unless they had a more Machiavellian plan in mind, and hoped to lure the Viennese doctor to Mexico in order to do with him as they would do with Trotsky!).

The plan to bring Freud to Mexico did not get very far. Eduardo Hay, the Mexican Foreign Minister, replied to the telegram sent by Red Aid International, noting that President Cárdenas “had already offered to help all Austrian political refugees.” If Freud requested asylum at the Mexican Embassy, he wrote, “his application would be forwarded to the Interior Ministry.”

Had Freud accepted the hospitality extended by Mexico’s electricians and sugarcane workers, he would have probably settled in Coyoacán, the quiet neighborhood in the south of Mexico City that was home to artists and intellectuals. For old times’ sake he might have chosen to live on Calle Viena, a few doors down from the Trotskys and a short walk from Frida Kahlo’s blue house. He would have had scores of visitors and a fresh supply of new patients: Salvador Novo would have been among the first to knock at his door — along with Raúl Carrancá y Trujillo, Xavier Villaurrutia, Jorge Cuesta, and other members of the Contemporáneos group. Octavio Paz would have lain down on the couch, and possibly Elena Garro, Antonieta Rivas Mercado, and Frida Kahlo. Trotsky would have jumped at the chance to reconcile psychoanalysis and Marxism. Freud’s waiting room would have been a setting for the most unlikely encounters: Paz and Kahlo, Garro and Villaurrutia, Cuesta and Trotsky. Diego Rivera would have come to chat — and to pontificate about psychoanalysis and Marxism — but the professor would have probably deemed him unanalyzable. Ramos would have most likely stayed away. Even Cárdenas, a man of tremendous intellectual curiosity, might have come in for a consultation, thus becoming the first sitting head of state to be analyzed. After his death, following Mexican tradition, Freud’s body would have been taken to Bellas Artes for a public wake, then buried with great pomp at the Rotunda of Illustrious Men. Anna Freud would have stayed in Mexico and might have become best friends with Natalia Sedova, Trotsky’s widow. The Freud House — including the library and collection of antiquities — would be run by the Mexico City government, and visitors to Coyoacán would, in one day, have the chance to visit the houses of Kahlo, Trotsky, and Freud.

But, alas, the professor never filed his application for asylum at the Mexican Embassy.

Though the campaign to bring Freud to Mexico came to nothing, Cárdenas expressed his outrage at Germany’s takeover of Austria: he instructed his representative at the Society of Nations in Geneva to file a formal protest against the Anschluss. Mexico was the only country to do so — an expression of solidarity postwar Austria recognized by naming a small plaza by the Danube canal “Mexikoplatz.”

The Red Aid campaign was not the last time Mexico would be considered a potential haven for Austrian Jews. In November 1938, after Freud had finally left Vienna and settled in London, Princess Marie Bonaparte came up with a plan to save European Jews. She wrote to Bullitt and proposed that the United States government purchase Baja California from Mexico and establish a Jewish state on that territory. Freud, she added, liked the idea. Bullitt sent her a polite, evasive reply, but the princess — accustomed to having the last word — wrote directly to Roosevelt, urging him to consider her proposal. Freud was bemused by this fantastic campaign, but told the princess he could not take her “colonial plans” seriously.

Marie Bonaparte, a niece of Napoleon III, had inherited her uncle’s perception of Mexico as an easy target of colonial expansion. Though her proposal — like the campaign launched by Red Aid — did not get very far, one wonders what would have been the fate of a Jewish state in Baja California. (Advantages: the Hebrew University of Tijuana, kibbutzim on the Pacific, a steady stream of analysts into Northern Mexico; disadvantages: kosher Mexican food, the missing Western Wall, Hamas in San Diego.)

The link between Freud, Mexico, and a Jewish state surfaced again in 2008, when the poet Kevin Davies included the following verses — a classic example of the mechanisms of condensation and displacement — in his “The Golden Age of Paraphernalia”:

Rubén Gallo is the Walter S. Carpenter, Jr. Professor in Language, Literature, and Civilization of Spain at Princeton University. He is the author of “Freud’s Mexico: Into the Wilds of Psychoanalysis” and other books.