Malaysia is sending its trash back to the United States 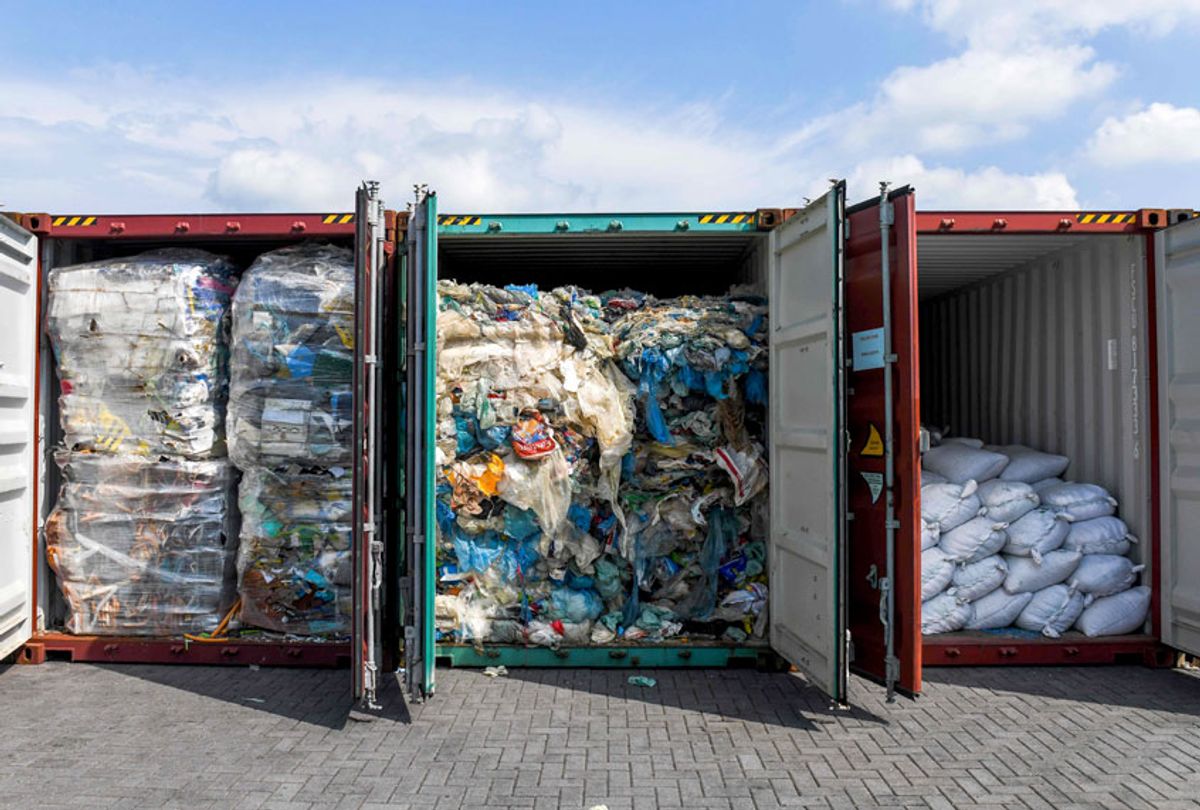 Containers filled with plastic waste shipment are seen on May 28, 2019 during an inspection before sending back to the country of origins in Port Klang, west of Kuala Lumpur. (Getty/Mohd Rasfan)
--

China’s ban on plastic waste imports from rich countries has not stopped those countries from importing to other developing countries around the world. A recent Greenpeace report found that plastic waste exported from the United States to Malaysia more than doubled compared to 2017. The report claimed that Malaysia had become the “new dumping site for plastic ‘recycling.’”

Yet it appears as if that won’t last much longer. The government of Malaysia announced it will be sending back more than 3,000 tons of contaminated plastic waste — 60 containers — to the countries that shipped it.

Malaysia’s Prime Minister Mahathir Mohamad said on Thursday that the country is struggling to cope with its own waste problem. He said it is unfair for rich countries to send their waste to poorer ones.

“[I]t is grossly unfair for rich countries to send waste to poor countries simply because the poor countries have no choice... maybe it contributes a little to their economy,” Mahathir said. “This is going to be a problem for the whole world. We are producing too much waste, and you have a problem trying to get rid of the waste.”

“We cannot accept that kind of idea, that waste from rich countries should be sent to poor countries,” he added. “Please remember that when you pollute one part of the world you pollute the rest of the world also, because these things tend to float all over the world.”

Five containers of waste were returned to Spain in April from Malaysia.

“The Malaysian plastic recycling industry is overwhelmed by the influx and cannot accommodate the waste in a way that is sustainable and acceptable by the government’s own standards,” said Heng Kiah Chun, Public Engagement Campaigner at Greenpeace Malaysia.

The Philippines also said last week it would ship back containers of garbage which officials said had been legally shipped from Canada, signaling a bigger shift in countries cracking down on illegal imports. Sixty-nine shipping containers of Canadian trash are said to be on their way back to Vancouver today.

“The problem is not only a Malaysian problem,” Heng said. “The international waste trade system itself is broken and based on false assumptions about what really happens with waste.”

Heng added that countries should put in place policies to reduce the consumption of single-use plastics.

Only 9 percent of the world’s plastic is recycled, according to a paper published in Science Advances in 2017. Most of what consumers believe they are recycling ends up in landfills or in the ocean. Since China’s ban, some who work in the recycling world have expressed concerns about not being able to maintain incoming waste, describing a significant disruption to U.S. recycling programs.

When plastic is being transported to landfills abroad, it is often blown away into the ocean. An estimated 80 percent of ocean plastics come from land-based sources, and 20 percent from marine, according to the nonprofit Our World in Data. If this pace of pollution continues, researchers estimates by 2050 the world will have produced 26 billion metric tons of plastic waste.