Natural gas gets a Trump-friendly rebrand as "freedom gas" 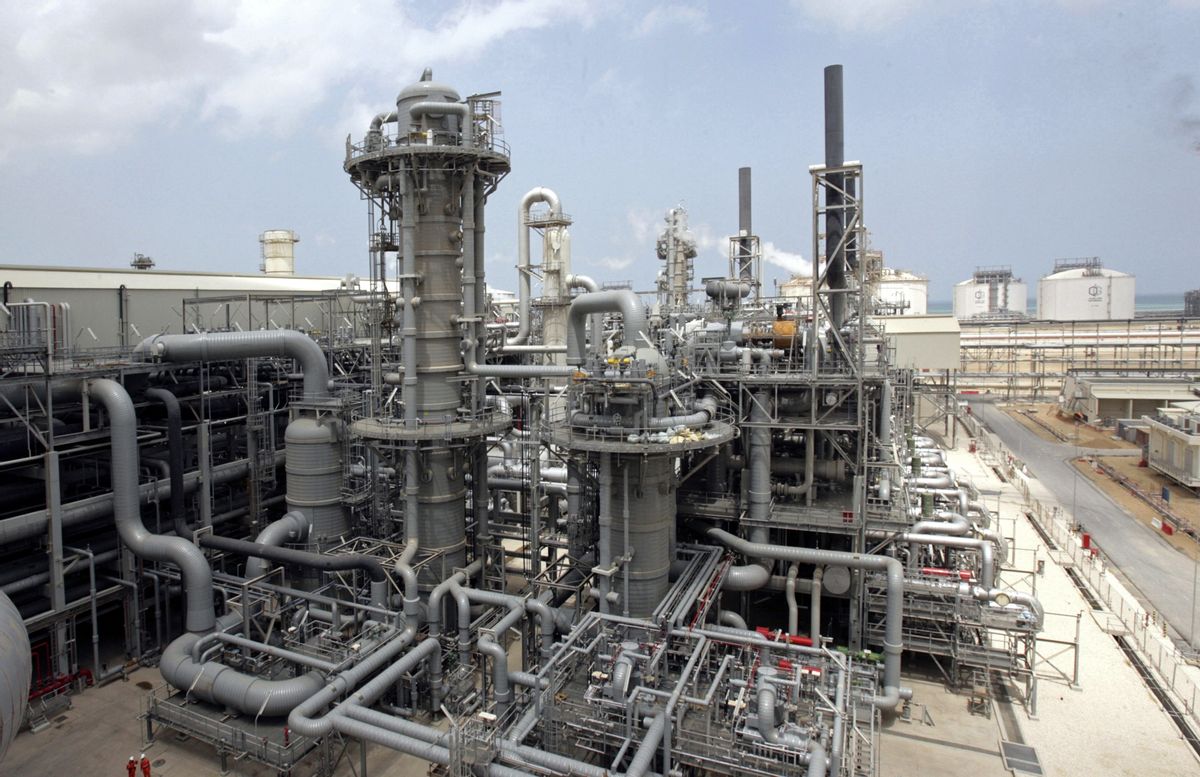 The Trump administration has rebranded natural gas with a new, patriotic-sounding name: “freedom gas.” In a Department of Energy press release on Tuesday, Under Secretary of Energy Mark W. Menezes talked about exporting U.S. natural gas as “spreading freedom gas throughout the world.”

Keep reading the release, and you’ll find another official calling natural gas “molecules of U.S. freedom.” No, you’re not reading The Onion. All this in a Department of Energy announcement that it’s approving exports from a new liquefied natural gas plant south of Houston.

It’s just the latest effort to stick “freedom” in front of words to make them sound patriotic. Who could forget “freedom fries?” Angered that France opposed the war in Iraq back in 2003, House Republicans led by Representative Robert Ney from Ohio and Walter Jones Jr. from North Carolina forced the cafeteria to change the name on its menu. It dropped the term in 2006.

Turns out that “freedom gas” was coined by a European reporter earlier this month, as Jordan Weissmann, a writer at Slate, pointed out. At a briefing in Brussels, Secretary of Energy Rick Perry explained that his decision to double U.S. liquefied natural gas shipments to Europe by 2020 would decrease the region’s reliance on Russia, a big supplier of gas.

“The United States is again delivering a form of freedom to the European continent,” Perry said. “And rather than in the form of young American soldiers, it’s in the form of liquefied natural gas.” When an astute reporter from EURACTIV, a European media site, asked if “freedom gas” would be a good name for these exports, Perry agreed.

Lo and behold, a few weeks later, freedom gas is now a Department of Energy talking point. This, too, is part of a sporadic effort to give fossil fuels a pleasant-sounding makeover.

President Trump famously talks about “the war on beautiful, clean coal,” the same dirty substance clogging our lungs and heating up the planet. The misnomer “clean coal” originated in the early 1900s, when people used it to refer to a type of coal that produced comparatively little smoke when burned. The coal industry’s PR reps caught on. Over time, the phrase came to refer to the process of reducing pollutants from burning coal, as well as carbon capture technology. In 2016, the Republican National Committee made it part of its official platform.

Then there’s “ethical oil,” a catchphrase that recently emerged in Canada during the fight over a tar-sands pipeline which would have transported crude oil from Alberta to British Columbia. (It ended up getting rejected by a Canadian court in 2016.) Ezra Levant, a former tobacco lobbyist and and founder of the Ethical Oil Institute, developed the idea “to brand Alberta’s oil sands as ‘fair trade,’ versus ‘conflict oil’ of regimes supporting terrorism,” writes James Hoggan in the book "I’m Right and You’re an Idiot: The Toxic State of Public Discourse and How to Clean it Up." “Ethical oil burns the same as conflict oil in your gas tank and it costs the same, but it’s morally superior,” Levant said.

Even “energy” as a byword for “oil” is a fairly recent invention. As early as 1545, English speakers were using the word energy to refer to the general concept of strength or force, according to the Oxford English Dictionary. And who doesn’t love energy?

But in the middle of the 19th century, right about the time coal took off in the United States and elsewhere, it gained an additional meaning: “Power or force derived from the exploitation of physical and chemical resources in order to operate machines and devices, to provide light and heat, etc.” It wasn’t until after World War II that “energy” began to overtake “oil” in terms of frequency of use, as shown by the Google Books Ngram Viewer.

The funny thing about natural gas, though, is that “natural” already sounds nice. Does it really need a patriotic upgrade? Natural gas is the most popular fossil fuel among Americans. A Gallup poll in March found that support for furthering natural gas production is at 65 percent, just below solar and wind. Meanwhile, 46 percent want more oil production, and only 31 percent support expanding coal.

That’s the product of a successful industry campaign marketing natural gas as environmentally friendly, as environmental law expert Tarika Powell wrote for the Sightline Institute earlier this year. Under certain circumstances, though, natural gas could be worse for the climate than coal. Powell points out that methane traps more heat per pound than carbon dioxide over the short term.