IndieWire ranks "Rachel, Jack and Ashley Too" as one of the worst episodes in "Black Mirror" history 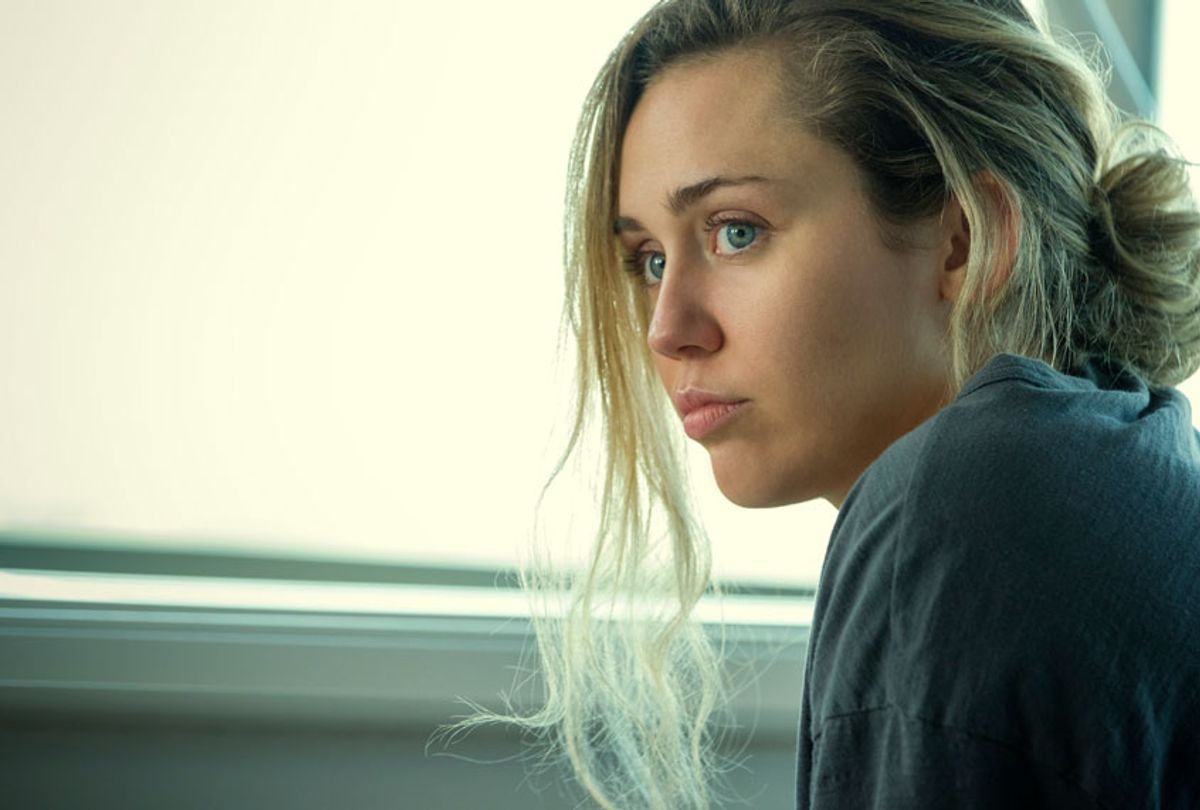 “Black Mirror” Season 5 has debuted on Netflix to some of the franchise’s worst reviews, with particular scorn being given to the Miley Cyrus-starring episode “Rachel, Jack and Ashley Too.” The episode finds Cyrus riffing on her own industry experiences by starring as Ashley O, a global pop star coming undone because of the pressures to keep up her uber-positive pop persona. While Cyrus has drawn strong notices for pulling off the role, the episode as a whole has been criticized for going “wildly off-the-rails without bringing any depth.”

“This is a mess,” IndieWire critic Ben Travers writes in his C- review of the episode, making it IndieWire’s worst-reviewed installment of Season 5. “This overly cutesy entry feels like the biggest punt of them all. Somewhere buried within the 67-minute episode is a discussion about replacing pop stars with holograms and mining their memories for new marketable material, but the whole thing is so cartoonish it’s impossible to take any aspect seriously.”

Variety critic Daniel D’Addario was even more outraged, calling the episode “the most majestically wrongheaded installment not merely of ‘Black Mirror’s’ run but, too, of at least the past year in prestige television.” Kathryn VanArendonk of Vulture criticized the episode as “muddled and pointless” and wrote that it “ends without any of the punchiness or sharp insight that characterize ‘Black Mirror’s’ best stories.” VanArendonk goes on to call the entire season “exquisitely dumb.”

Many critics have noted “Rachel, Jack and Ashley Too” pales in comparison to the franchise’s second season premiere, “Be Right Back,” which featured a similar storyline involving a female character questioning the effects of a new piece of technology. Cyrus’ character wonders if a digital robot made in her image could provide the chance for her to leave pop stardom behind and save her soul, while “Be Right Back” protagonist Martha (Harley Atwell) agrees to try a new AI system that could remove her grief by projecting an image of her dead husband.

TV Line critic Dave Nemetz agrees Cyrus’ episode is the season’s weakest link. “It’s a mediocre disillusioned-pop-star story fused with a mediocre awkward-teen story,” he writes in a C- review. “It gestures in the direction of some interesting points about exploiting a celebrity’s likeness, but most of its insights are ultimately trite, and the final act takes some truly ridiculous turns that feel very un-‘Black Mirror.'”

IndieWire ranked “Rachel, Jack and Ashley Too” the fifth worst episode in the franchise’s history. In fact, none of the new season’s three episodes managed to break into the top 10 on IndieWire’s ranking of best “Black Mirror” episodes. The Independent also ranked the episode as the worst of the new bunch, writing it “unfolds at a strangely plodding pace, failing to make good use of its concept and its stars.”