"Tales of the City" is the safe haven everybody yearns for, but not many have 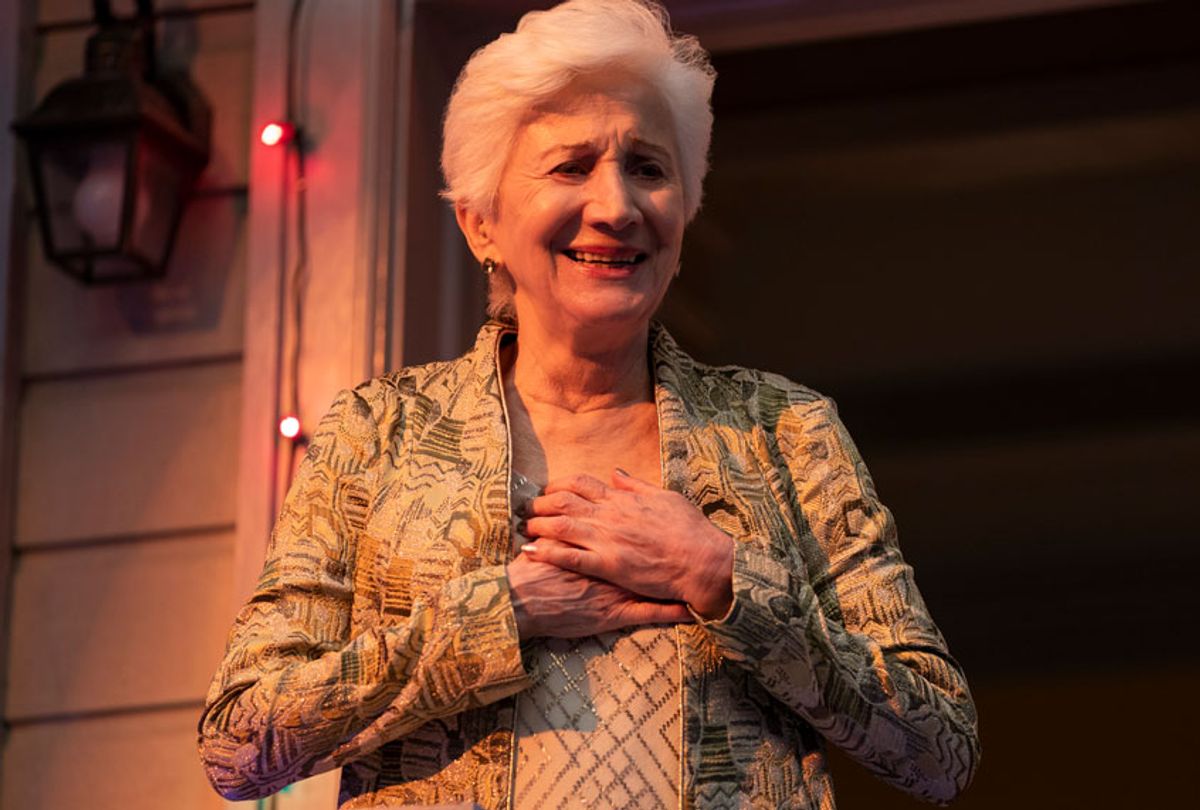 Olympia Dukakis in "Tales of the City" (Alison Cohen Rosa/Netflix)
--

Every generation deserves its “Tales of the City,” in the same way that every city deserves its own 28 Barbary Lane. Seattle had one, though in truth it may have had several, and I happened to live in one of them. The place was called Emerald City Manor, an old Capitol Hill mansion split into multiple rooms, with a massive backyard and an annex next door known as Toto Towers.

Places like that aren’t mere crash pads. They’re havens where neighbors become family: people who pool resources when someone is between jobs, share joints and call one another on their bullshit. My personal Barbary Lane was the place where friends schooled me on my youthful blind spots when it came to queerness and the LGBTQ community, where I learned that tolerance is no longer an adequate middle ground when the goal should be acceptance.

Emerald City and Toto Towers took up half a block, and I use the past tense because they don’t exist anymore, replaced some years ago by a personality-free apartment complex containing tens of small units as opposed to around 10 comfortable ones.

Members of the Emerald City extended family live in other places, other cities even. While watching episodes of Netflix’s 10-episode limited series, dropping on Friday, I realized that I haven’t seen most of them in several years.

Unlike Barbary Lane, there was no single entity serving as Emerald City’s constant, no spirit ensuring that even if wrecking balls reduced its walls to crushed crackers, one high-spirited person could always bring us together again. Missing in our approximation of Armistead Maupin’s fantasy apartment complex, and every other, is Anna Madrigal.

No return to the “Tales of the City” series would be the same without Anna. Likewise any actor other than Olympia Dukakis, who originated her, would have a hard time winning over those of us ready to surrender to Anna’s gravitational pull each time a new TV adaptation emerges.

Most people came to know her and “Tales of the City” by way of PBS’s 1994 broadcast, a thrilling portrait of a culture and an era through which mainstream America was a guided by Laura Linney’s wide-eyed Mary Ann Singleton, a girl from Cleveland who ventured to San Francisco in the summer of 1976 and found her new home.

Linney’s characterization of Mary Ann initially reflected the sort of gee-whiz, curious view of a community and place that has long fascinated and spooked Middle America. Sure enough, the conservative killjoys of American Family Association fired up its base to call for a boycott.

This is why the two sequels to Maupin’s Barbary Lane adventures, “More Tales of the City” and “Further Tales of the City” that aired in 1998 and 2001 did so to a decidedly narrower audience on Showtime. Completists are welcome to check out those chapters, although no prerequisite viewing is required to enjoy these new hours.

Having said that, a re-watch of the original series isn’t a terrible idea, if only to marvel at how far Mary Ann has come and with her, San Francisco itself. Showrunner Lauren Morelli may have presumed (and rightly so) that anyone seeking out this series has some familiarity with the various family lineages connecting the characters. (For those who don’t, there’s Google.)

Primarily these new “Tales” installments, inspired by Maupin’s previous novels, belong to Anna and Mary Ann, along with her longtime confidante Michael "Mouse" Tolliver, portrayed here by Murray Bartlett, the third actor to take on the role.

Dukakis, Linney and Barbara Garrick, who plays freewheeling socialite DeDe Halcyon-Day, are the only actors who have played the same roles since the beginning, although Paul Gross, who appeared in the original series as Mary Ann’s ex-husband Brian Hawkins, has returned for these 10 episodes. Brian is the doting adoptive father to Shawna (Ellen Page), now an adult navigating the city’s queer community and none too pleased with Mary Ann’s return after decades of absence.

Their stories form the backbone of this new series without inordinately diverting too much attention away from the new residents of Barbary Lane, including Jake Rodriguez (Josiah Victoria Garcia), who first appears in Maupin's 2007 novel "Michael Tolliver Lives,” and Margot Park (May Hong), a partnered pair navigating Jake’s journey as a transgender man and Margot’s fluid sexuality.

Various dramas spin through Barbary Lane’s rooms as they always have, appropriate to its origins as serialized installments that ran in the San Francisco Chronicle. Some of those dramas land as more urgently full of feeling than others, but not for lack of detail or connection to the larger queer community encircling Barbary Lane.

And as always, this “Tales” is propelled by a mystery surfaced by a blackmail scheme, one of the many that make up the fabric of Anna Madrigal and resolves, quite honestly, in painful parody. Anna Madrigal’s most fascinating mystery defines the first series, anyway; besides, even if the whodunit reveal is ridiculous, the fallout’s catalyzing anxiety is the important part, since it threatens to destroy one of the physical respites these folks have.

However, that scheme also inspires one of the series' best hours — a flashback to Anna’s pre-transition, pre-Barbary Lane life features Jen Richards playing the beloved matron at age 40, and Daniela Vega is simply incredible as Ysela, a fellow trans woman who welcomes Anna to San Francisco. Zosia Mamet and Victor Garber also recur as a documentarian and a new friend for Anna Madrigal who might be up to no good.

Linney and Dukakis shoulder the weight of these new hours, although Morelli writes an edged selfishness into Mary Ann that would be irritating if not for Linney’s lithe, comedic handling of her self-absorption. She gives the viewer permission to love Mary Ann even while other characters like Shawna and Michael’s boyfriend Ben (Charlie Barnett) seem to resent every moment of her presence.

Dukakis is still the steady heartbeat of the story, and the new series centralizes the character’s age — Anna Madrigal is celebrating her 90th birthday in the first episode — and her legacy.

Her embrace of her status as an icon, along with her delight in youth, is one of the many elements Netflix’s “Tales” gets right in its modern and fresh portrayal of queerness. Another is its expansively inclusive casting, featuring more characters of color than I can recall the series ever depicting, including the fabulous Bob the Drag Queen as the owner of the bar where Shawna and Margot work.

“Tales from the City” primarily and very sweetly works as a solid and meaty blend of fantasy and nostalgia, one director Alan Poul gently encases an ineffable charm by way of seductive frames that showcasing the city’s skyline, the dappled light of Barbary Lane’s courtyard and the joyful glow of colored lights surrounding every party.

Poul’s and Morelli’s vision realizes the wistful appeal Maupin’s creation, a place apart from the worry of modern life that has somehow resisted the fate that befell places like my Emerald City and Toto Towers, and many neighborhoods in the Bay Area that have been taken over by tech-bros and their wealth.  (In one of his novels Maupin calls Seattle as “the San Francisco of the ‘80s,” and this city’s razing of neighborhood character and affordability in the name of progress certainly lives up to that description.)

The fact that this new San Francisco doesn’t invade “Tales of the City” is one of the show’s greatest attractions. That inevitability lurks around the periphery, but the timeless nature of Barbary Lane and the city’s loyalty to its mother figure somehow defeats its incursion. That in itself makes this series worth savoring.