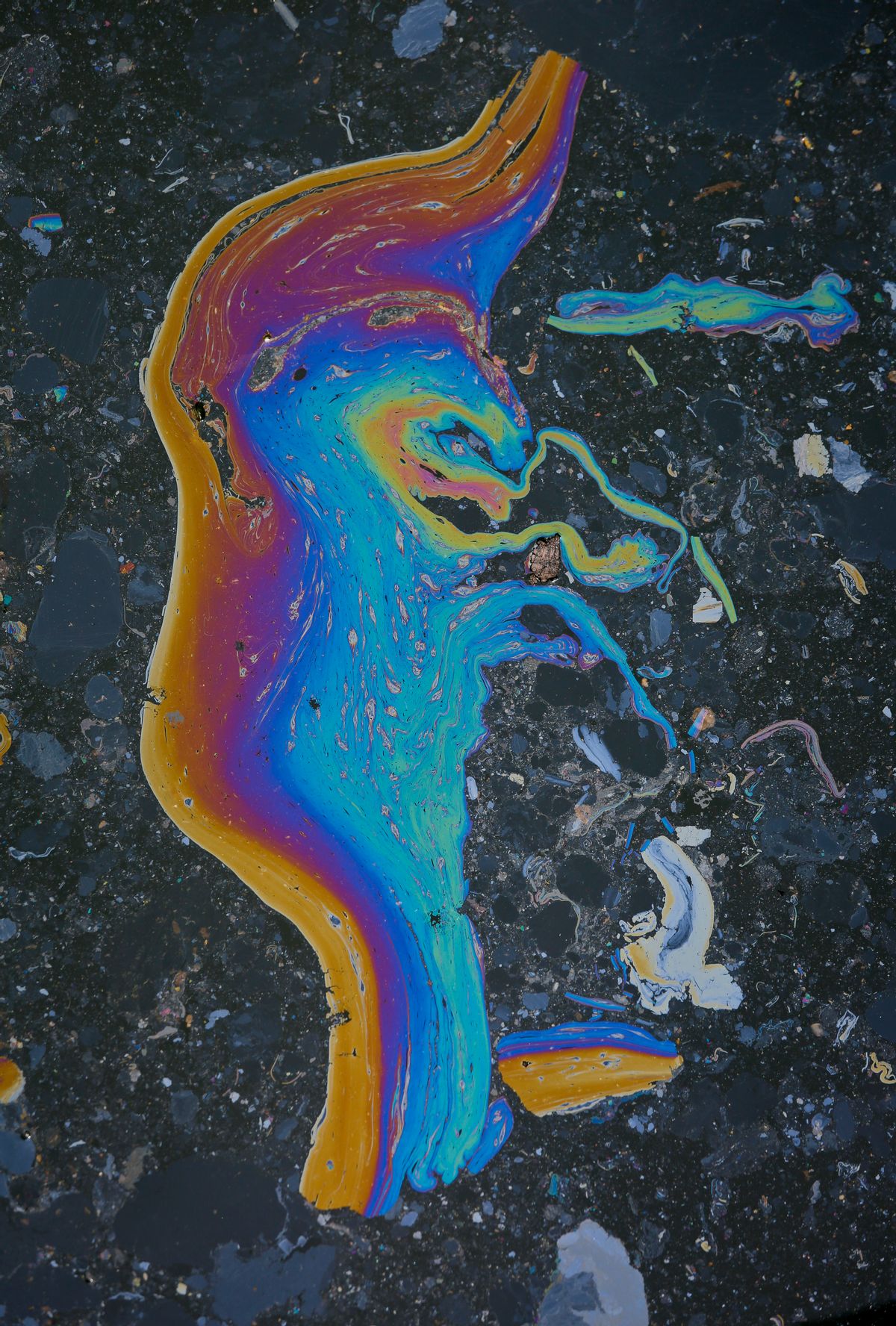 In this Friday, July 1, 2016 photo, a rainbow-color waste slick appears on Brooklyn's Gowanus Canal, in New York. The canal is a Superfund site polluted with decades' worth of industrial waste and sewage, but the developer says the pending more than half a billion dollars cleanup of the toxic waterway hasn't deterred tenants from flocking to the building, where the rent for a one-bedroom apartment starts in the low $3,000s. (AP Photo/Bebeto Matthews) (AP)
--

Environmental disasters like Tar Creek in Oklahoma, one of worst Superfund sites in our nation’s history, can happen again if the Trump EPA stops enforcing a key part of the Clean Water Act.

EPA’s top lawyer recently told 36 states from Utah to Florida that they shouldn’t use a federal permitting program to prevent pollution in groundwater.

“… even if those pollutants reach jurisdictional surface waters” such as lakes or rivers “it is immaterial whether pollutants subsequently travel through groundwater,” wrote Matthew Leopold, the EPA general counsel.

Leopold and David Ross, the EPA assistant administrator for water, are trying to quash the impact of two appellate court decisions, one in Hawaii and another from South Carolina. Their interpretation of whether the Clean Water Act should prevent groundwater pollution applies in the 36 states not covered by those opinions.

The Supreme Court agreed to hear the Hawaii case about a county dumping treated sewage into injection wells that eventually reach the Pacific Ocean. The pollution, about 1/7 of the groundwater entering the ocean near Kahekili beach, has severely damaged the coral reefs there.

David Henkin, an Earthjustice attorney scheduled to argue the Hawaii case before the Supreme Court, said Leopold’s interpretation “is merely the Trump administration’s statement that, in much of the country, the Trump EPA will not protect our rivers, oceans, lakes and streams from polluting industries that foul those waters via groundwater.”

In Oklahoma, Tar Creek, a tributary of the Grand River, runs bright orange because of mining contamination. Acid drainage from closed lead and zinc mines began running into the creek in 1979 from mine shafts and springs.

Every three days the waste equivalent of the Animas River spill in Colorado, or more than 3 million gallons of mine runoff, pours into Tar Creek, which runs into Grand Lake, the source of drinking water for some rural water districts.

Leopold’s memo contradicts arguments the EPA and the Department of Justice made in the Hawaii case three years ago when Obama was president. The memo also contradicts multiple regulations going back to the 1990s.