Half a million #MealPrepping tags can't be wrong — but aren't we all just taking photos of “glorified leftovers”? 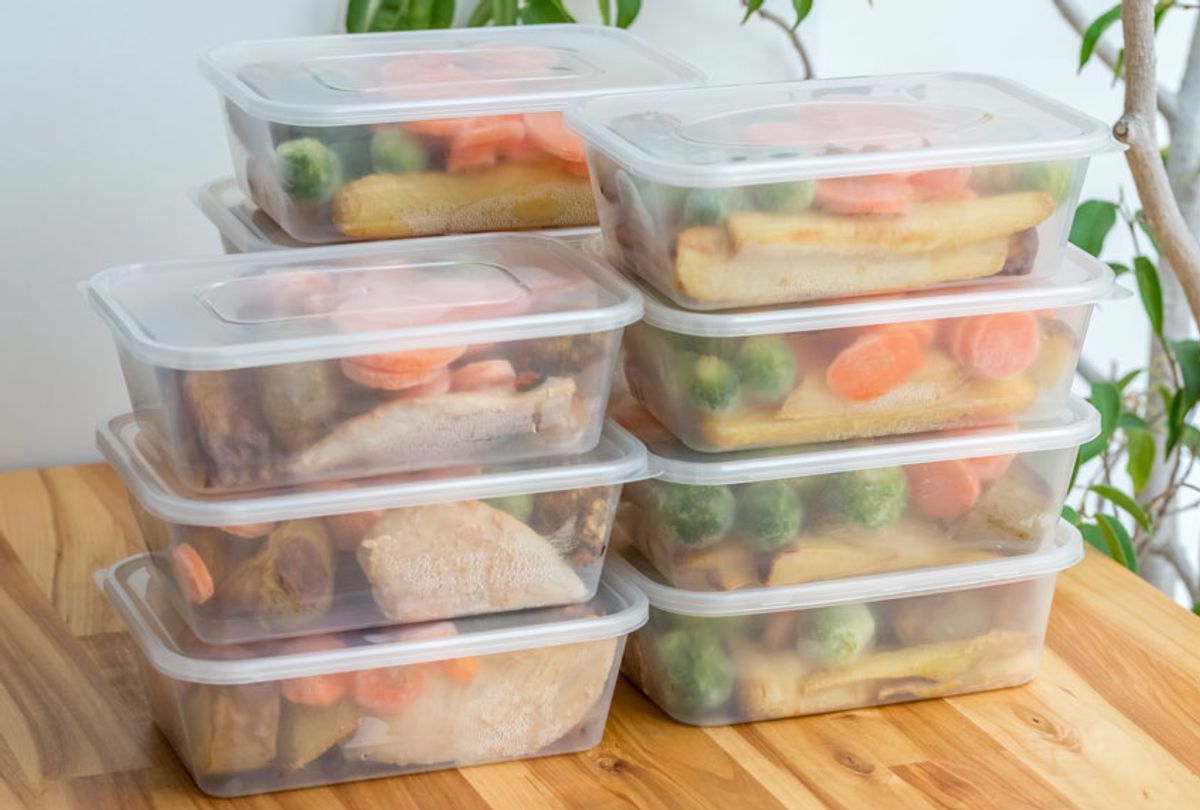 The hashtag #mealprepping has been used more than half a million times on Instagram. That’s about the same as #chiapudding, another food trend that’s popular in the digital world, but more than #detoxing, which many like to brag about on social media. Most of the posts are of containers, symmetrically paired side by side, with different variations of the same food. Alternatively, there might be someone in front of a cutting board, with a colorful vegetable spread, and a caption explaining this week’s meal prep plan. These images are often colorful, aesthetically pleasing, and project “I’m healthy” through your iPhone screen. They reach peak popularity on Sundays, escorted by a final hashtag: #mealprepsunday.

Meal prepping is the act of preparing a week’s worth of meals by strategically reusing ingredients, chopping ingredients ahead of time, putting each meal in a separate box, and labeling them by both meal and day. Some meals will need to be cooked the day of, but the goal is to make eating as easy as possible. Sundays are logical days to #mealprep, but the activity does not have to eat up your entire day. The popular wellness blog The Kitchn publishes a meal prep power hour, suggesting 15 meals can be cooked up in just one hour. Apparently, it is possible. The origins of the movement are hard to nail down that has flourished behind kitchen doors and on Instagram today, but Google searches for “meal prep” only started in March 2013. Since then it has spiked notably, along with “meal prep meal ideas.”

It is Type A’s dream, but the movement #mealprep has spread like a grease fire to every variety of personality types. It has also led to the popularity of meal prep services and companies like Hello Fresh, Sakara Life, and Green Blender.

I first heard about meal prepping last year, a little late for a woman in her late twenties on Instagram. I had noticed that my energy levels were dipping late in the afternoon, and I had a nagging sense that my diet was a contributing factor. As a recovering untutored vegetarian who made very poor carb choices, I consulted a nutritionist. She gave me tips, one of which was to meal prep. I was intrigued by the idea at first. By purchasing and cooking meals for the week ahead, I was told I could save a considerable amount by not having to order takeout food or buy lunch at work. I would have a better grasp on my grocery budget — motivation in and of itself, and it would eliminate waste in my fridge. It also gave me a strange sense of control for my week.

Today, I’m on the spectrum when it comes to meal prepping, meaning I plan meals for the week in advance which influences my Sunday grocery list — but I don’t actually cook the meals, or prepare for them to make it easier the-day-of. And there is still usually one mid-week grocery stop. While it works for me, I envy the super organized folks with their weekly meals, but I do wonder this is just another soulless life hack.

Full-on meal preppers say it can be life-changing.

“By cooking and pre-planning all of your meals for the upcoming week, you can save a lot of time in addition to money,” Beverly Friedmann, a 30-year-old living in Brooklyn, tells Salon. “You're usually thankful at the end of a long workday that you don't have to cook (or cook every night), or make a last minute trip to the grocery store if you've run out of food.”

Friedmann says you also won’t be tempted by using an app to order food.

Jim Mumford is a 32-year-old food blogger of JimCooksFoodGood.com and has been meal prepping for the last ten years. Not just an early-adopter, Mumford's been prepping since before it was a hashtag on Instagram. He said meal prepping has helped him lose 80 pounds.

Mumford added that now that prepping as a father is a “total timesaver in the mornings.”

Sarah Grimaud, a Certified Holistic Health Coach, says she has noticed that her clients are already meal-prepping before they seek out her nutrition expertise, bringing to light just how popular it has become.

“I always recommend meal prepping to my health coaching clients — though it's so common now that many of them are already doing it,” Grimaud said. “One of the reasons I recommend it to my health coaching clients is because of the time and mental energy it saves you. You have enough to think about daily and are constantly making choices; meal prepping gives you a break.”

Grimaud added that it can keep people from experiencing what she calls “decision fatigue.” In a world where we have many choices, which has likely been a factor of the burn-out epidemic, not having to figure out dinner every night or lunch sounds like a dream. While I agree with Grimaud, it is hard not to cringe and think that capitalism is to blame for our rushed and time-saving society.

“Decision fatigue is the concept that your willpower is finite; eventually you're going to get exhausted from making decision after decision and have less self-discipline,” Grimaud added. “Meal prepping is therefore a hero when you have a healthy living goal as less willpower is required.”

It is very rare that an at-home cooking trend becomes an Instagram phenomenon.Daniel Levine, a trends expert and keynote speaker, said he has been following the movement for some time. In his field, it is important to differentiate a fad from a trend, he explains. “A trend is something is something that has longer legs than a fad which comes and goes,” he says.

Meal prepping, according to Levine, is in between both worlds.

“From a fad perspective one thing that it is deriving is on Instagram people are posting photos of their preps,” he said. “The funny thing is that meal prepping is like showing off your glorified leftovers.”

“But it also makes sense in today’s world where everyone is so busy and it saves a lot of time,” he added. “In the 50s they had TV dinners, and today it’s the DIY culture.”