Richard Linklater had to fight Universal to make "Dazed & Confused" his way: "I still have PTSD"

"I didn’t take any of their dumb ideas," Linklater says about his contentious relationship with Universal 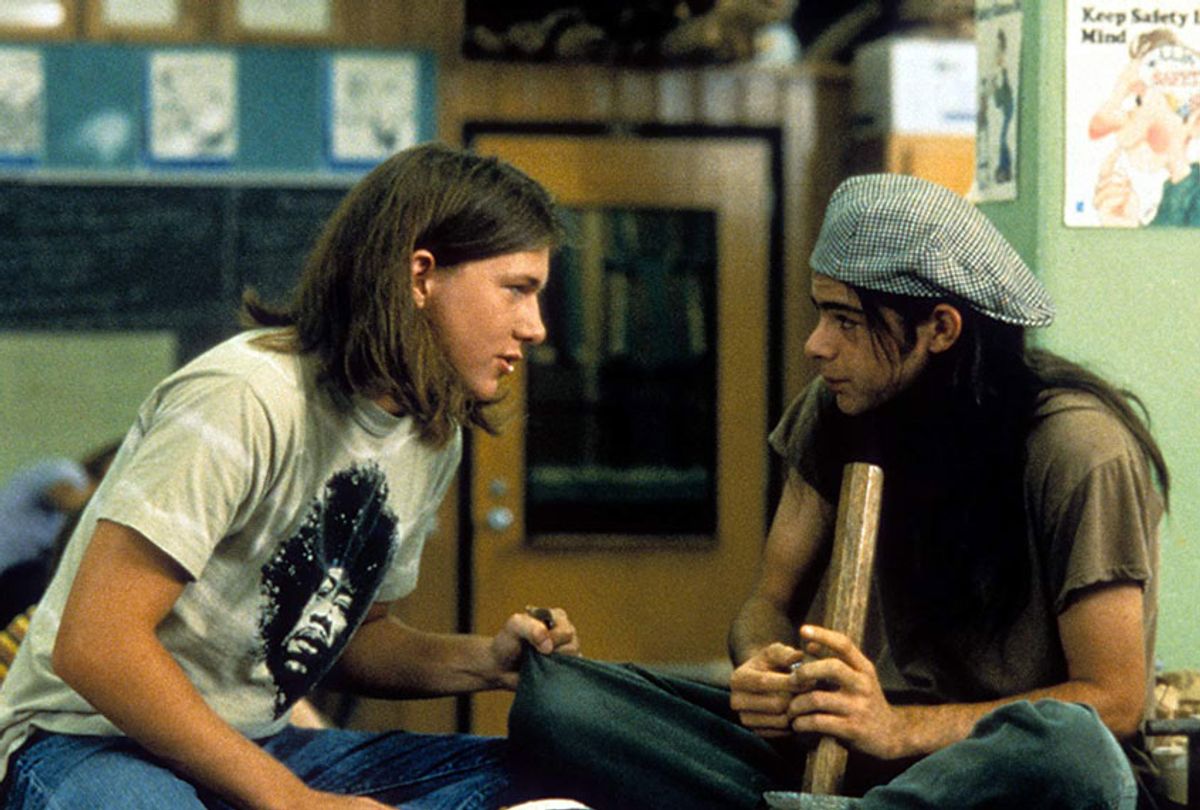 Richard Linklater writes in a short essay published on The Guardian that he’s still experiencing PTSD from filming “Dazed and Confused.” The director’s coming-of-age movie is considered one of the defining American independent films of the 1990s, and it made stars out of young actors like Matthew McConaughey and Parker Posey. While the film has become a stoner classic that many young viewers idolize, Linklater writes that was not his original intention.

“I thought the 1970s sucked,” Linklater writes. “‘Dazed’ was supposed to be an anti-nostalgic movie. But it’s like trying to make an anti-war movie — just by depicting it, you make it look fun. I wanted to do a realistic teen movie — most of them had too much drama and plot but teenage life is more like you’re looking for the party, looking for something cool, the endless pursuit of something you never find, and even if you do, you never quite appreciate it.”

Linklater’s original plan for “Dazed and Confused” was for it to entirely take place in a car with four guys driving around aimlessly as they “bust mailboxes to ZZ Top.” The director ultimately decided to explore more points of view and wrote the first draft in a month. “We leapfrogged about 30 other projects that were in development at Universal,” Linklater writes.

Working with Universal Pictures (“Dazed” was released by the studio’s indie division Gramercy Pictures) proved to be something of a nightmare for Linklater, who writes, “I still have PTSD when I think of how difficult the shoot was.” Universal president Tom Pollock had the studio on high alert over Linklater after fearing the director would make an “arty, jerk-offski movie” like “Slacker.” Linklater’s love for improvisation on set also worried the studio.

“Improvisation was one of the things that made the studio nervous, but it added a lot of additional humour to ‘Dazed and Confused,'” Linklater writes. “Not everyone picks up on the vibe of what you’re trying to do, though. There was one actor, Shawn Andrews, who wasn’t exactly rocking and rolling with the rest of the cast. So I switched things around to expand Matthew McConaughey’s role instead.”

In post-production, Linklater says Universal gave him “soulless corporate accommodations.” The director believes this was an intentional attempt to wear him down. “People seemed to really enjoy the screenings, but then their ratings on certain aspects were always lower than executives thought they should be, which confirmed [the studios’] fears that I had made an art film,” he continued, “They wanted me to put in modern music — or reshoot. But I didn’t take any of their dumb ideas.”

“Dazed and Confused” was released in September 1993 and grossed $8 million on a $6.9 million budget. Linklater writes that he didn’t make a penny off the movie because he waived nearly all of his rights on the film to pay for the soundtrack.

“I don’t think it’s my best movie, but it represents a rite of passage for the ‘busters,’ the end of the baby-boom generation,” Linklater concludes. “I also enjoy people who weren’t even born then liking the film. It tells you there’s something about teenagedom that never changes.”

Next up for Linklater is this summer’s comedy “Where’d You Go, Bernadette,” starring Cate Blanchett. Annapurna is releasing the film in theaters August 16.