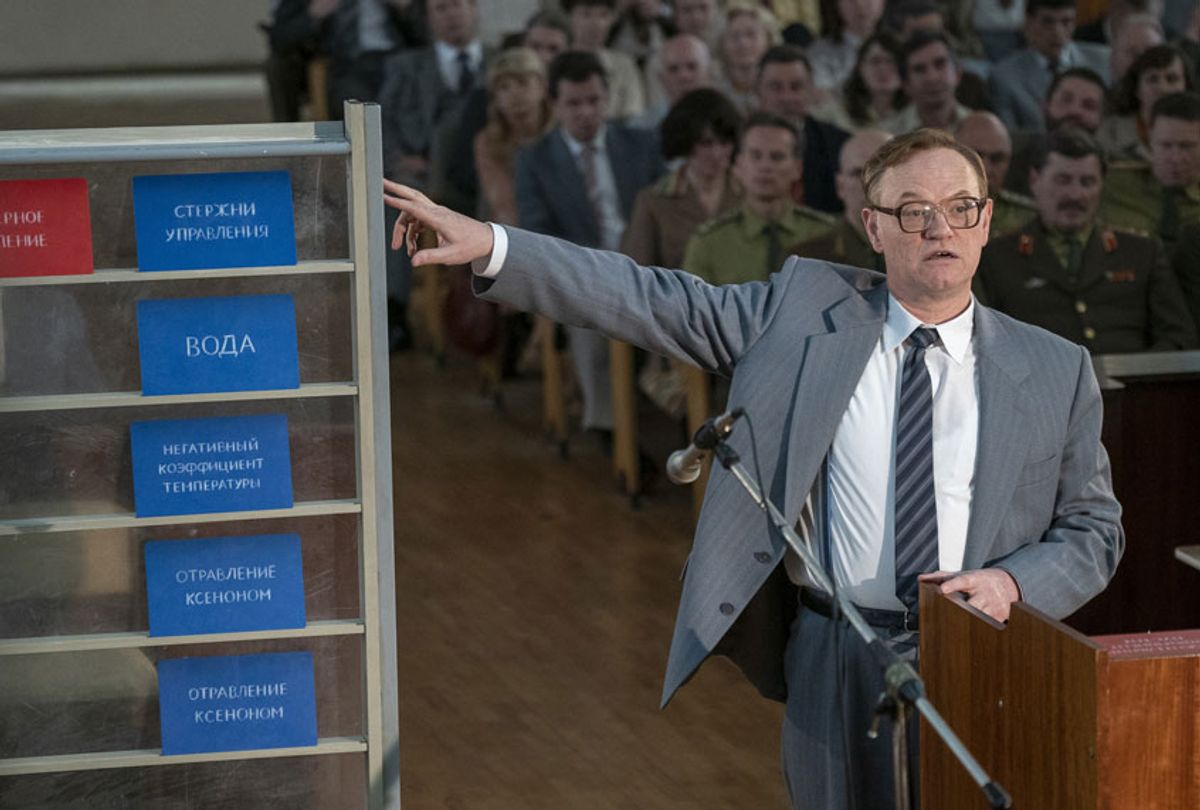 The Russian political party, and successor to the ruling party of the Soviet Union, formally named The Communists of Russia has issued a statement pushing for a television ban on HBO’s acclaimed limited series “Chernobyl” (via The Wrap). The group is urging Roskomnadzor, Russia’s TV regulator, not to air the series because it is an “ideological tool” that’s being used to “demonize” the Soviet government. The five-episode “Chernobyl” made its U.S. debut May 6 and aired its series finale June 3. The Communist party calls the series “disgusting.”

“In the ‘Chernobyl’ series, genuine tragedy became the object of ideological manipulation on the part of HBO,” Communists of Russia party member Sergey Malinkovich said. “The TV series about the dramatic events of April 1986 is an ideological tool designed to defame and demonize the image of the Soviet government and Soviet people.”

The statement continues, “Although the chronology of the series’ events and key moments correspond to reality, the actions of the heroes themselves, the order of relationships in institutions and collectives, and finally, the moral climate in Soviet society itself is the first example of an absolute lie.”

Read more IndieWire: Nearly Half of U.S. Consumers Are Frustrated With a Bloated Streaming Market

The Communists of Russia is also seeking a libel lawsuit to be brought against the show’s creator, Craig Mazin, plus the producers and writers behind the series. The group argues the show is in violation of Article 129 of the Criminal Code of the Russian Federation.

Since “Chernobyl” first started airing, tourism to the disaster zone has spiked. Chernobyl tours company SoloEast saw a 30% increase in tourists going to the area in May 2019 compared with the same month in 2018. The company said bookings for June, July, and August have bumped up 40% because of the series.

The Moscow Times reports the Kremlin is outraged that American television got to tell the story of Chernobyl before the Russian media. HBO’s “Chernobyl” has reportedly become a sensation in the country, but Russian media is trying to cut the success short by saying the show is a “caricature and not the truth.”