My father, his honor: Losing his prestigious job likely saved his life 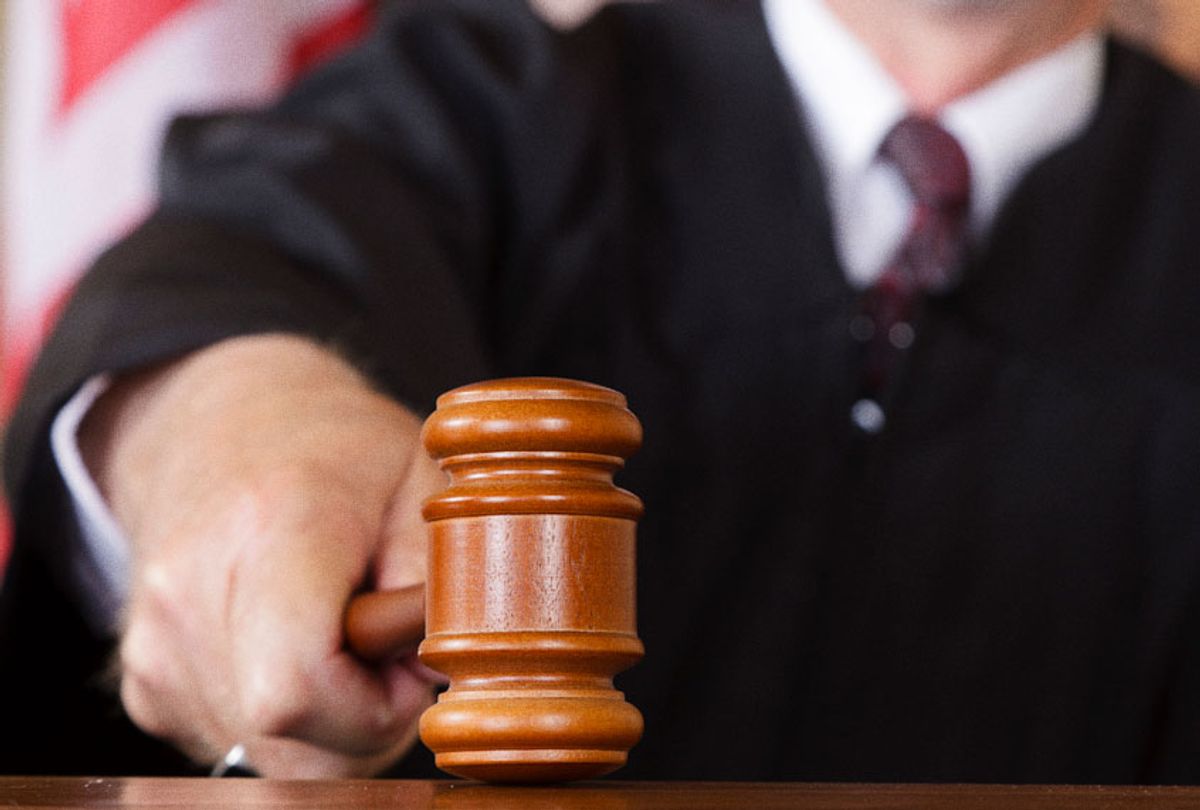 Recently, an officer ushered me into the Bronx County Family Court. Around me were families steeped in tension and misery, locked in custody battles, divorcing, seeking restraining orders. I shared their anxiety — though for different reasons. I was coming to court to see my father.

The last time I'd seen him on the bench — some 35 years ago — it hadn't gone at all well. It had ended for him, in fact, with a very public humiliation.

My father had first been named to the New York Family Court in 1983 by Mayor Koch.  It was an unusual appointment: my dad was a social welfare lawyer, not a political animal.  That he was an attorney at all was surprising. As a child, he'd been a stutterer, and in college, he'd had such trouble pronouncing words, he failed French four times. Whenever he got nervous, his tongue seemed to trip over itself. His malapropisms were legend. (For example, he often said "Oback Barama.")

Stunningly, he chose a profession that required him to speak publicly on a regular basis.  Being a judge, though, was never his ambition. Rather, it was the dream of his father. My grandfather was a working class man from the Bronx whose own dyslexia was so profound, he bordered on illiterate.  He longed to see his firstborn son defy all limitations and land a judiciary position. When my father received his judgeship, my grandfather was ecstatic. Yet just three weeks later, he suffered a massive stroke. He never lived to see my father's swearing in.

When my dad took the bench, he was just 44 years old — and grieving.

At home, he had liked to dance to Otis Redding. He was quick with a bear-hug,  a joke, a wink. But when I first visited his courtroom, I saw a stranger. In his black robes, he was short-tempered, imperious. He banged his gavel a lot and ordered people around dismissively. His arrogance took me aback. Was this my dad?

My father was at the pinnacle of his profession, yet he seemed to disappear. He grew absent from our dinner conversations — and from the political networks that had endorsed him.

Three years later, when his judgeship was up for review, he was not reappointed. In a single afternoon, he went from being "Your Honor" to being unemployed. His disgrace was swift, personal, and very, very public.

What's more, he was our family's primary breadwinner. He'd lost everything: how would we pay the rent?

Within days of his firing, he re-started his career at square-one — taking assignments as a $35-hour court-appointed lawyer, appearing before the very same judges with whom he'd shared chambers just the week before. If this humiliated him, he didn't mention it. Client by client, he built his own modest, family law practice. The twinkle returned to his eyes. He grew confident, good-humored again. After weathering a public, political trouncing, he emerged a better man doing far better work.

And it profoundly shaped mine, too.

Parents often say they want to be successful in order to be role models for their children. But watching him survive a huge professional, public, and very personal humiliation taught me far more than any of his successes.

Being a writer requires enormously thick skin. You're never sure if you'll ever get published, paid, or read — and if you are, there's a high likelihood that your work will be pilloried. Watching my father endure disgrace with dignity — and revive his career without missing a day's work — gave me the fortitude to follow my own star, to surmount the self-doubt and criticism that come with being a writer. Any time negative reviews get posted about my books on Amazon — or haters target me on social media— or nasty comments have appeared below my commentaries for NPR — I'd thought of my father. His greatest professional failure equipped both of us with the tools to succeed. It modeled for me how to bounce back.

And his professional story has a happy ending after all. Just as he was about to retire as a lawyer, he was asked to resume the bench as a Judicial Hearing Officer — a part-time judge endowed with full authority in court.

At first, I couldn't understand why, in the twilight of his life, he wanted to subject himself to such punishment again. "When I first became a judge, I was too young. I wasn't sensitive to the political realities of the job. In my insecurity, I became disdainful. But now that I'm older, I think I really could be a good judge," he said wistfully. "I still want to contribute."

Me, I worried.  My father had grown slower over time. He'd developed a habit of speaking very deliberately— his voice rising and falling in steady, pedantic waves.  Smart-alecks that we were, my brother and I loved to mimic him. "Well . . . you . . . know," we'd say, exaggerating our father's labored pauses, "I really like Oback Barama."

Entering the court system again seemed misguided to me, a vestigial  hubris. But my father was insistent. He became a JHO and urged me to visit him.

At first, I resisted. But then it occurred to me: my dad was now the age that his own father had been when he died. I was not going to miss out on seeing him on the bench. "OK, I'll come," I said reluctantly. "Just for one morning."

And so, finally, some 35 years later, I found myself stepping back into his courtroom.

Family Court is King Solomon territory: Who gets the baby? Who legally counts most as family? Who requires protection?

As soon as the session begin, my father was presented with one heartbreaking story after another. A 20-year-old college student, desperate to raise his baby daughter single-handedly. Two poor, immigrant newlyweds demanding restraining orders against one another. A teenaged girl abused by a crack-dealer, now fighting for custody of their three-year-old twins.

Who gets the children? Who requires protection? It fell to my father to decide.

Yet when he addressed the litigants now, he never banged his gavel. Instead, he spoke in the same slow, drawn-out tone my brother and I often mocked. In the courtroom, this voice had a wholly different effect. It lowered the temperature; hot-headed litigants instantly calmed down.  And since many of them did not speak English as their first language, they understood my father perfectly. My father's speaking voice had not been shaped by his apraxia, I realized, but from years of negotiating volatile courtroom situations as a lawyer. He had turned his own shortcomings into an instrument of diplomacy and power.

He presided over his courtroom with solemnity, reasonableness, and compassion. Other judges routinely stopped by to observe him. "You father is one of the best judges in the city," one of them whispered.

He was finally the revered, respectable judge that my grandfather had once dreamed he could be — but on his own terms, on his own merits, and in his own time. In his 70s, my father was still determined to "do good." And I still had so much to learn from him. I canceled my other plans. For the rest of the day, I sat in his courtroom, teary-eyed, proud, watching him, mesmerized by how far he'd come and by the wisdom and cadence of his voice.

Susan Jane Gilman is the author of "Donna Has Left The Building," on sale now from Grand Central Publishing. She is the New York Times bestselling author of "Hypocrite in a Pouffy White Dress," "Kiss My Tiara," "Undress Me in the Temple of Heaven," and the novel "The Ice Cream Queen of Orchard Street." She has provided commentary for NPR and written for the New York Times, Los Angeles Times, and Ms. Magazine, among others.