How many more viral cop videos do we need to see?

It's almost routine now: police mistreat a civilian, the video footage goes viral. When will the culture change? 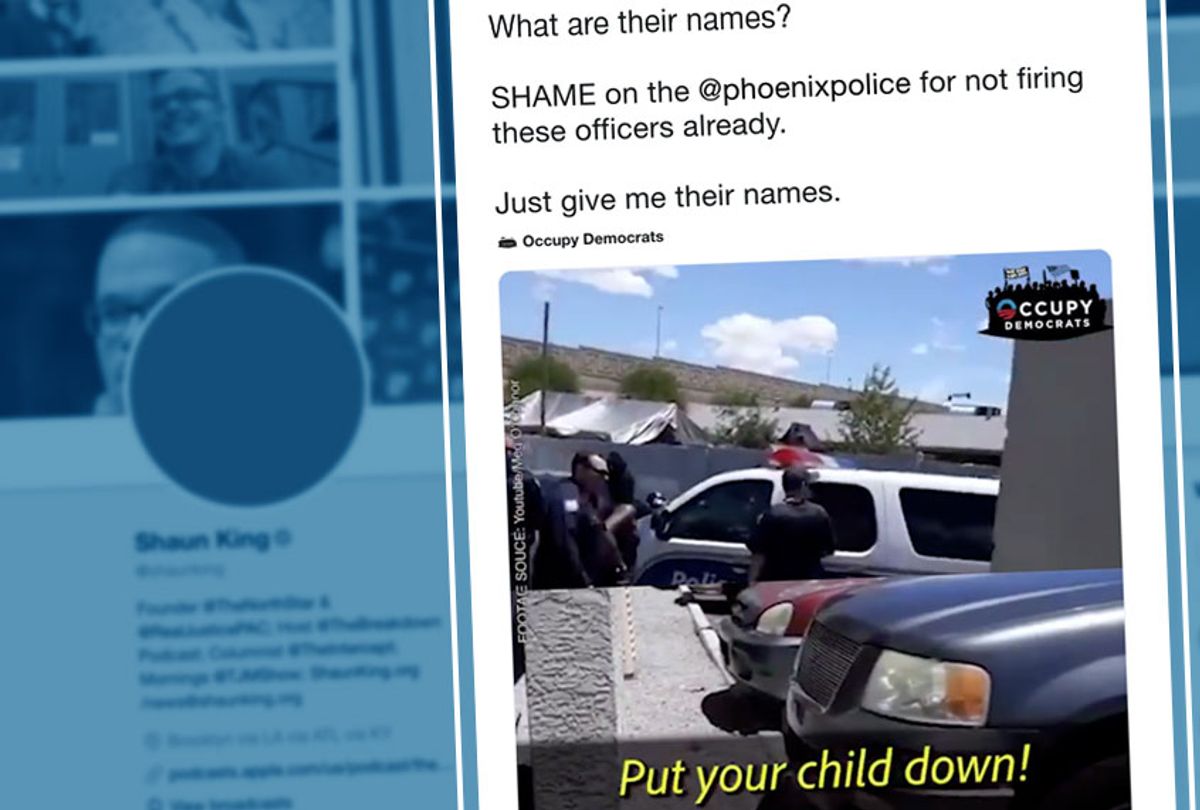 It's a matter of routine now — a video of one or more police officers from (take your pick of American towns and cities) abusing, mistreating, or even being violent toward civilians goes viral on social media. We've seen cops directing profanity at civilians, pointing guns at them, harassing them, making illegal arrests. We've seen footage of police being violent against unarmed people. We've seen people shot. What does the seemingly unending stream of viral footage — proof, for so long before the smartphone era elusive and hard to share, that the police aren't always the good guys — mean for the age of police reform we are supposed to be living in?

In 2017, my city of Baltimore made national headlines for the case of the police department's corrupt Gun Trace Task Force (GTTF). The (GTTF) — which included  Evodio Hendrix, Maurice Ward, Daniel Hersl, Marcus Taylor, Wayne Jenkins, Thomas Allers, Jemell Rayam and Momodu Gondo — were a rogue group of reckless police officers found guilty of a plethora of crimes under their racketeering convictions, ranging from robbery and selling drugs to fraud. People often ask me how things changed in Baltimore after the death of Freddie Gray, an unarmed 25-year-old black man who died in police custody, sparking an unrest that drew national attention. My response is always, “The GTTF came after Freddie, so there's that.”

In the spirt of reform, the U.S. Department of Justice issued a consent decree in Baltimore that was supposed to tackle discriminatory practices, offer some sweeping police reforms and make the system better for all of us. On June 6, Sgt. Ethan Newberg was arrested for tackling a black citizen after the man commented to the officer that he shouldn't make a suspect sit on the wet sidewalk. Newberg is awaiting trail because his body cam footage contradicted his report. If the video didn't exist, Newberg would likely be at work right now. Imagine how many people are sitting in jail because their run-ins with guys like Newberg weren’t captured on film.

Phoenix brought us another example last week. The mayor and police chief have issued apologies to Dravon Ames and his pregnant fiancée Iesha Harper after polices officers were seen on camera pointing guns at the family, including their 4-year-old daughter, while cursing them out. The cops appear to be out of control. "I'm not able to sleep. I keep having pictures of guns pointed at my face," said Ames.

Allegedly, Ames had a suspended license and his 4-year-old daughter picked up a doll from the Dollar Store without paying. Officials are also claiming that Ames stole a pair of underwear, which the family denies. The Phoenix New Times reports that the police officers' official narrative "leaves out significant details of the events captured on video." What kind of culture made the arresting officers think it was reasonable to treat a family — including a one-year-old and a four-year-old — who were not endangering anyone's wellbeing like they were domestic terrorists?

I understand why Ames may not have wanted to comply with orders from the officers. Who would respond rationally and positively to a person yelling at you, kicking you, berating you and disrespecting you in front of your family, in this climate of cops killing black men for sport?

Last week, Brandon Webber, a 20-year-old Memphis man, was shot and killed by a U.S Marshals task force. The marshals were executing a warrant to arrest Webber on suspicion of shooting a man and stealing a car. According to officials, Webber rammed a car into their vehicles upon apprehension, and, according to the Tennessee Bureau of Investigation, exited his vehicle with a weapon, causing the marshals to fire and kill Webber.

"The Marshals were dealing with a violent suspect," DeSoto County District Attorney John Champion told reporters. "It wasn't something where they shot up into Memphis to find someone and this occurred. He was a violent felon that did not want to go to jail. He had no appreciation for the value of human life so the Marshals Service knew that when they went into it."

I know we are supposed to take officers at their word. But so many of them lie in their reports on a daily basis. At this point, I find it hard to believe anything the police say unless it’s captured on camera. People are tired of police acting violent toward civilians with impunity; that's why the melee broke out in Memphis after Webber was shot, injuring 36 cops.   Reform only exists when cameras are present.

This behavior on the part of police officers has long been normal for people like me who grew up in underserved communities. We have been talking about this for a really long time. No one listened. Now it’s all on camera, and can spread rapidly through social media. Some cops are even punished after the footage is released, and yet that doesn't seem to have led to any widespread changes in how the police interact with the communities they are supposed to serve — especially with black and brown civilians. It's the same old story in every new viral video. So what comes next? What is it going to take for meaningful change throughout American police culture to really take root?