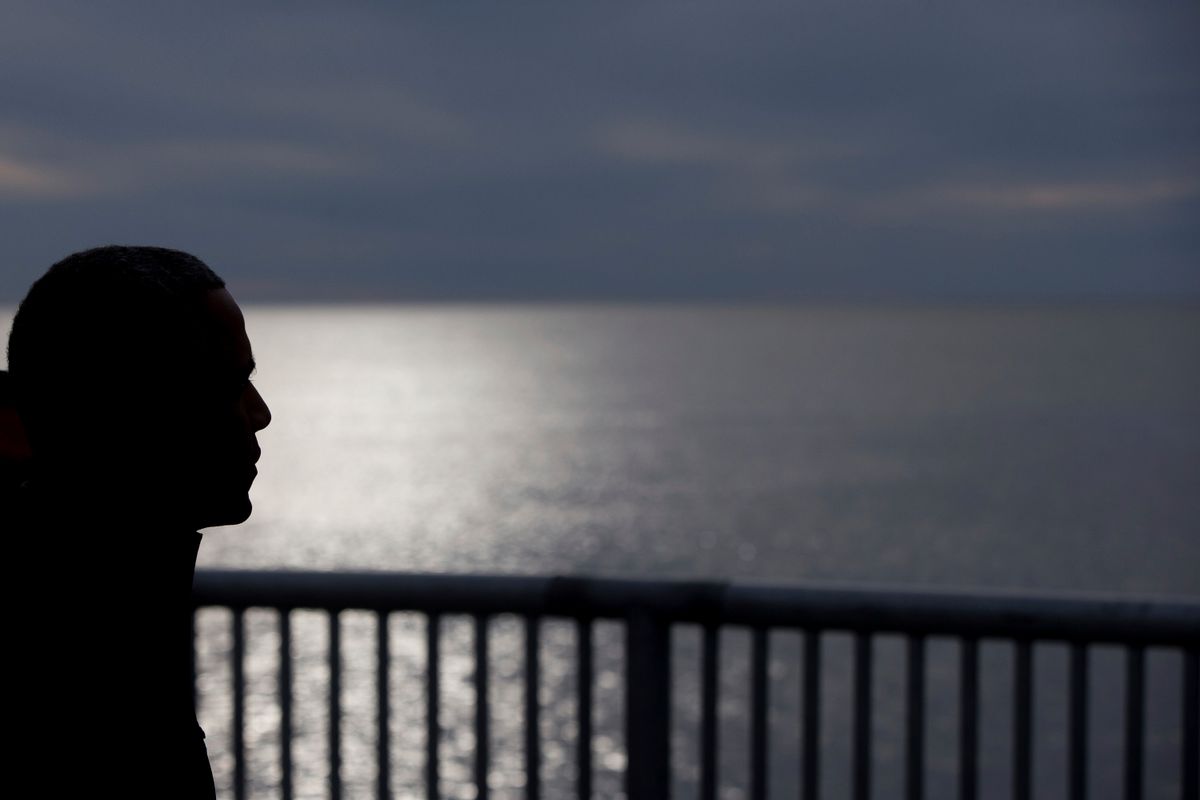 KOTZEBUE, Alaska — Tia Wakolee is a mother, grandmother and an artist. She also is a survivor of multiple rapes and sexual assaults.

Wakolee recently self-published a book about her experiences. But until Thursday, she’d never told her story publicly in Kotzebue, where several of the assaults took place, starting in her early childhood.

“I don’t want any children to go through the things that I grew up dealing with,” Wakolee said at an event sponsored by ProPublica and the Anchorage Daily News in this coastal hub town of about 3,200. The event in some ways represented a homecoming — and her town’s moment of reckoning.

Wakolee began to cry as she told her story, and a fellow panelist rubbed her back. An audience member passed her a packet of tissues.

After days of visits with town elders, seeking their blessings to hold this conversation with outsiders and media, Wakolee sat holding a microphone. In the crowd of about 70 people were familiar faces, including Wakolee’s best friends, and others, including a half-dozen state troopers and government officials from Juneau.

The event, titled Breaking the Silence: Stopping Sexual Assault in Alaska, was among the first of its kind for the town. Counselors and resources were available for anyone triggered by the discussion.

Joining Wakolee on the panel were Shylena Lie and Jackie Hill, who work at Maniilaq Association, the local nonprofit that provides social and health services in the region. State Rep. John Lincoln, a Democrat who was born and raised in Kotzebue, and John Moller, policy adviser to Alaska Gov. Michael Dunleavy, a Republican, spoke about the government’s role in addressing the sexual assault crisis.

Together, the group touched on the role of law enforcement throughout the state, as well as treatment and support for survivors and the people who assault them. The event was moderated by Shady Grove Oliver, a reporter for The Arctic Sounder, the local newspaper.

ProPublica and the Anchorage Daily News are spending the year investigating sexual violence in Alaska. We’ve previously reported that the sex crime rate in the state is nearly three times the national average. At least one in three Alaska villages has no local law enforcement. Many of the unprotected villages are in western Alaska, where sex crime rates are double the state average.

Lie talked about the Maniilaq Family Crisis Center, which offers domestic violence and sexual assault victims an on-call advocate available around the clock, as well as legal advocacy. Hill discussed the Child Advocacy Center in Kotzebue, which provides a space for young victims to be examined by a nurse and to talk with a forensic interviewer.

“I can’t describe, when you first make contact with a child, the fear in their eyes and what they’re thinking,” Hill said. “And you try to work with them and you try to make them feel comfortable.”

Panelists touched on the long-standing issue of sexual assault. Moller mentioned working on the issue earlier this decade under former Gov. Sean Parnell, who had called it an epidemic.

“We can no longer be the leader in this country statistically with domestic violence and sexual assault statistics — just unacceptable,” Moller said.

Panelists debated the role of law enforcement in ending the crisis, particularly in rural areas.

Amanda Price, Alaska’s public safety commissioner, told the crowd that lack of law enforcement was not the cause of sexual violence. Until people focus their outrage on abusers, Price said, she doesn’t “believe that we’re going to see anything change, even if I have seven troopers at every village in Alaska.”

Moller agreed with Price, adding that Alaskans have to change the culture of “what we’re seeing in our villages.”

Lincoln, who sponsored a bill in the Alaska House to bolster the state’s sex crime laws, took issue with the exchange.

“I absolutely think that having local law enforcement matters to communities and matters to people and matters to women and kids who want to feel safe in the village, who are being hurt and being mistreated, and there’s nobody there for them to go to,” he said.

U.S. Attorney General William Barr visited Alaska to hear from officials and tribal representatives statewide about the issue. He called public safety in much of the state “an emergency.”

The evening culminated with a question from Scotty Barr, father of Ashley Johnson-Barr, who was kidnapped, sexually assaulted and murdered last year in Kotzebue. He talked about the cycle of abuse and wanted to know about programs in the state for troubled young men.

“There’s so many people that saw their fathers and saw their uncles abusing females, young girls,” he said. If there isn’t a program for them, “can we start one?”

Lie answered that the Family Crisis Center in Kotzebue serves people of all genders and is working to educate male and female students on healthy relationships, domestic violence, legal consent and sexual assault.

The event ended in a standing ovation.